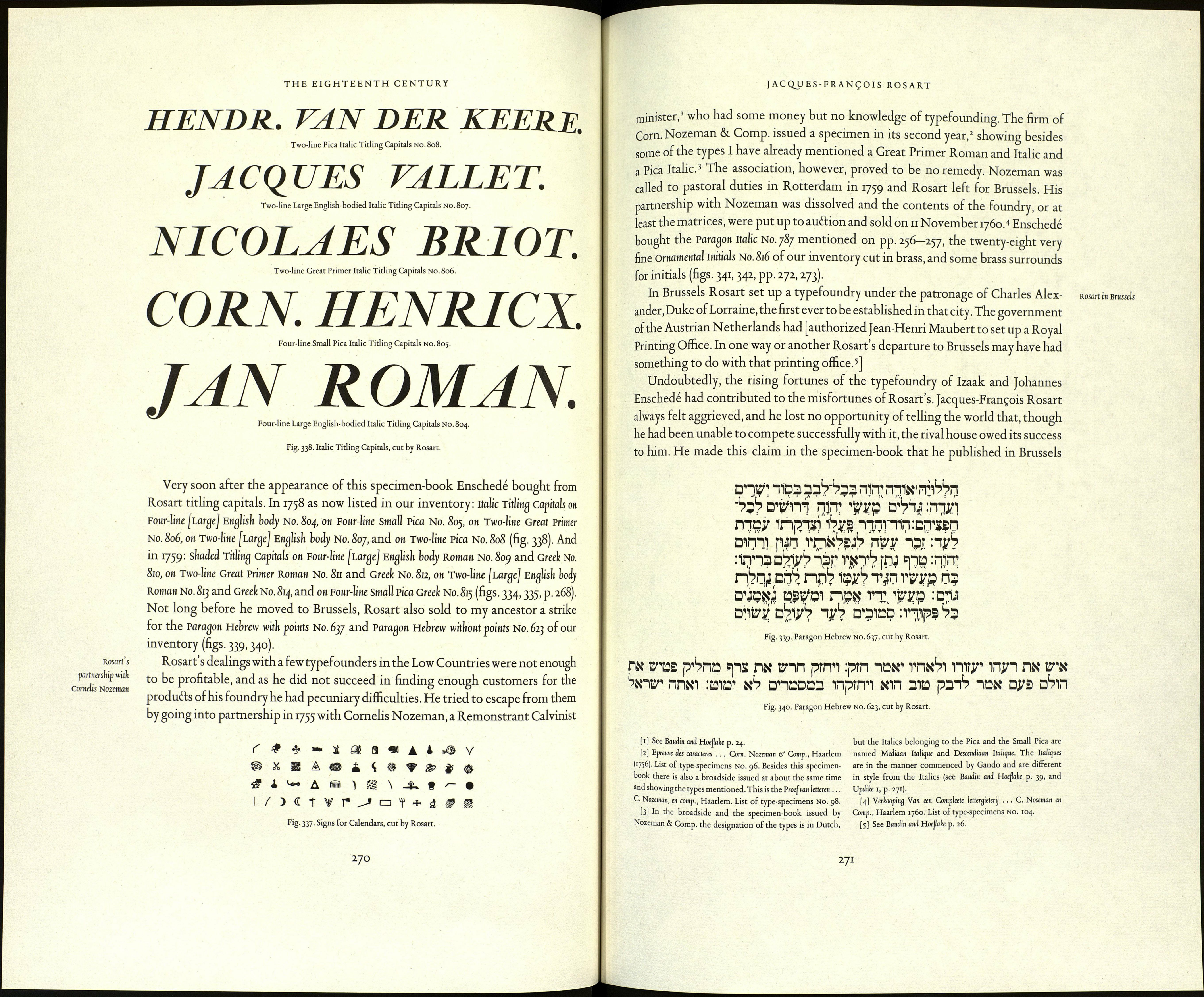 and afterwards he had a new alphabet cut by Matthias Rosart, with whom I will
deal later (see pp. 280—292). All the typefaces mentioned in this paragraph are
shown in the specimen-book which Enschedé dated 1757, but which was issued
later.1
That book also shows the signs for use in popular almanacs called in Holland
'peasant almanacs'. They were common in the eighteenth century and are not
quite forgotten even now. The signs are illustrated in fig. 337 (p. 270), including
some from the foundry of De Groot, also probably attributable to Rosart.

Fig. 336. Four-line Small Pica Script Initials no. 899, cut by Rosart. Resetting of
a leaf inserted in the type-specimen of Izaak and Johannes Enschedé, 1757.

[1] Charles Enschedé, no doubt, said so because in it the (see p. 267). However, he did not notice that their specimen
Four-line Small Pica Script Initials are shown, of which the is part of an inset printed on paper quite different from that
36 punches and matrices were delivered by Rosart in 1758 used for the specimen-book.