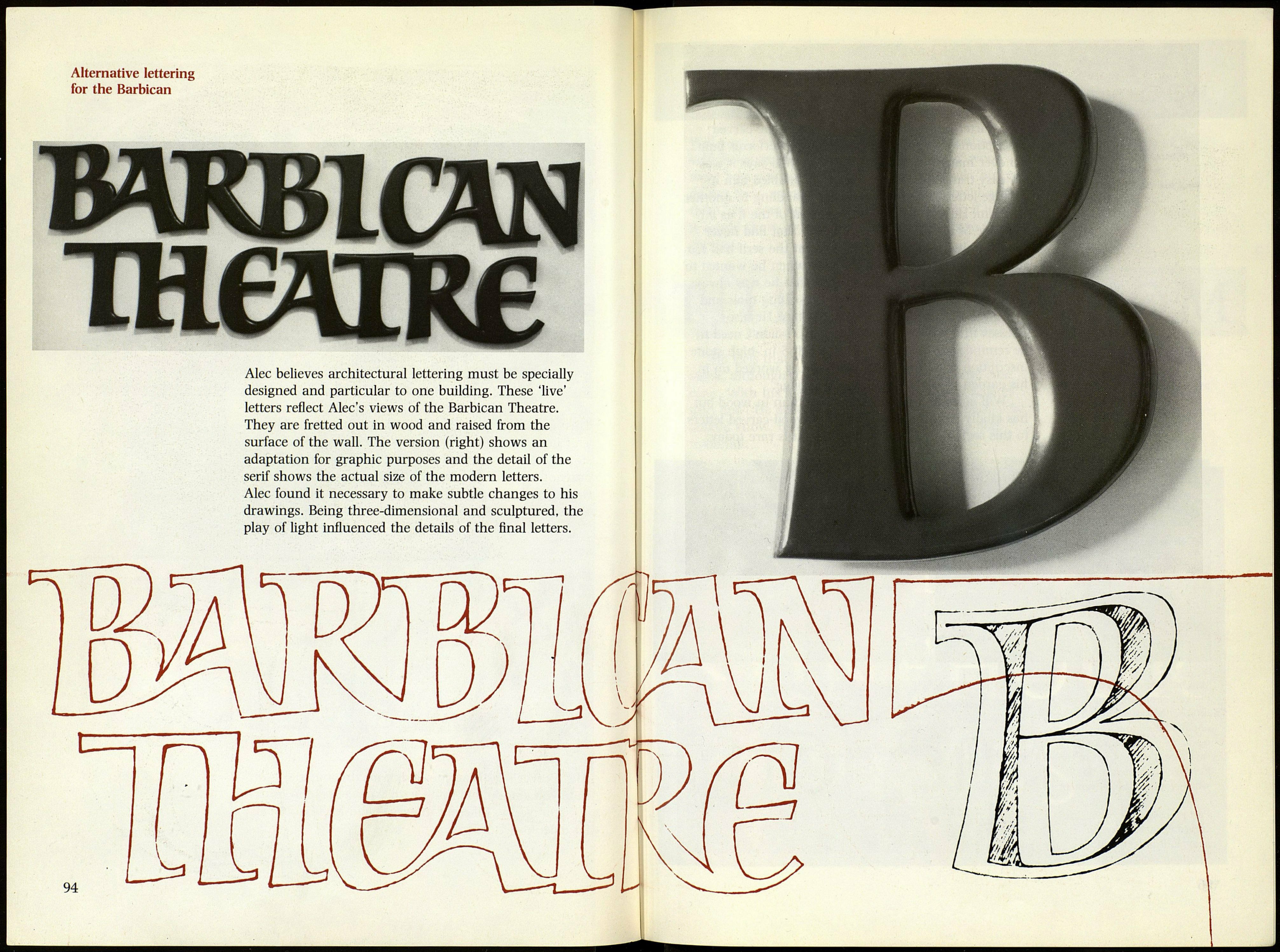 Alternative lettering
for the Barbican

Alec believes architectural lettering must be specially
designed and particular to one building. These 'live'
letters reflect Alec's views of the Barbican Theatre.
They are fretted out in wood and raised from the
surface of the wall. The version (right) shows an
adaptation for graphic purposes and the detail of the
serif shows the actual size of the modern letters.
Alec found it necessary to make subtle changes to his
drawings. Being three-dimensional and sculptured, the
play of light influenced the details of the final letters.