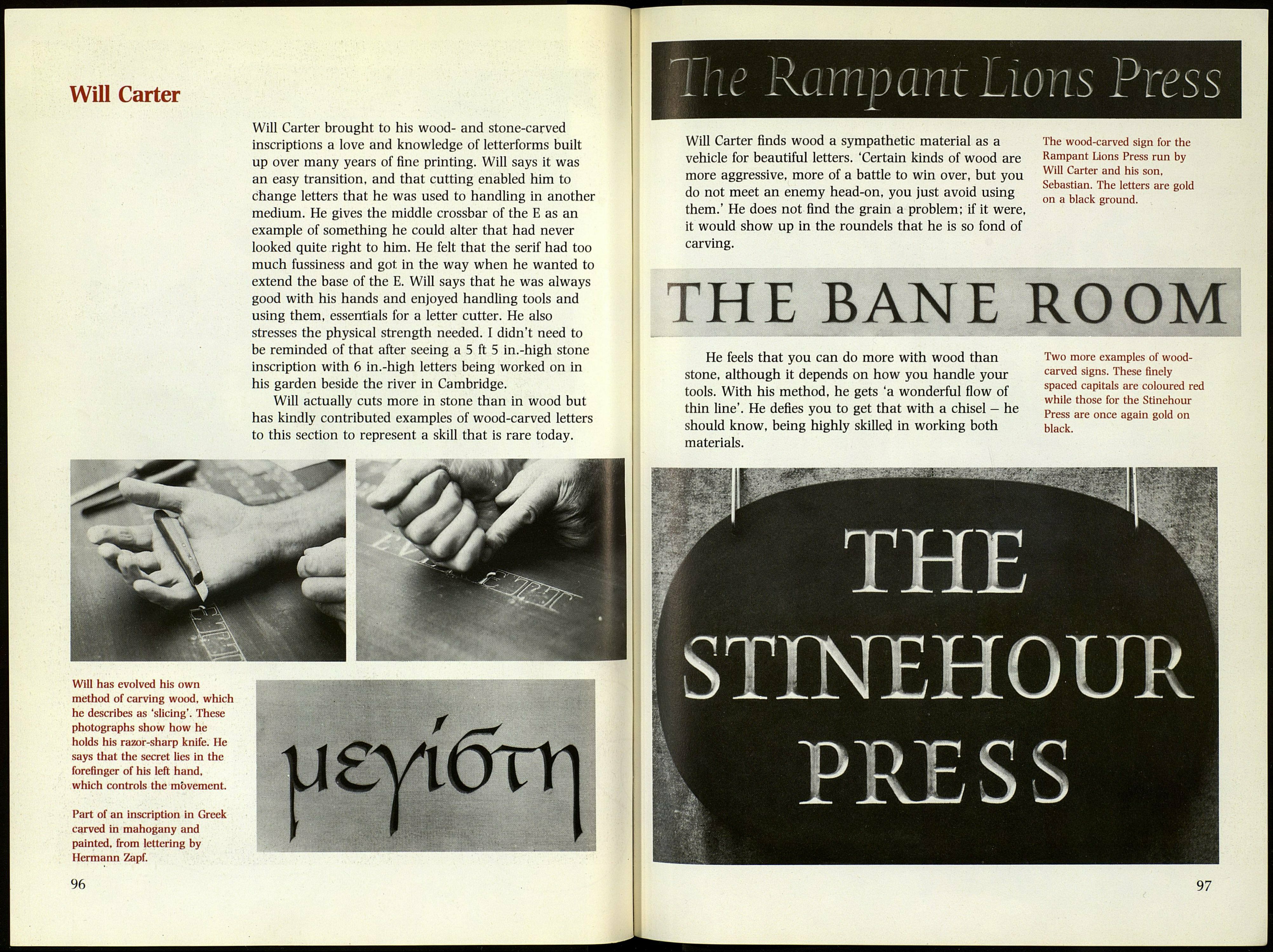 Will Carter brought to his wood- and stone-carved
inscriptions a love and knowledge of letterforms built
up over many years of fine printing. Will says it was
an easy transition, and that cutting enabled him to
change letters that he was used to handling in another
medium. He gives the middle crossbar of the E as an
example of something he could alter that had never
looked quite right to him. He felt that the serif had too
much fussiness and got in the way when he wanted to
extend the base of the E. Will says that he was always
good with his hands and enjoyed handling tools and
using them, essentials for a letter cutter. He also
stresses the physical strength needed. I didn't need to
be reminded of that after seeing a 5 ft 5 in.-high stone
inscription with 6 in.-high letters being worked on in
his garden beside the river in Cambridge.

Will actually cuts more in stone than in wood but
has kindly contributed examples of wood-carved letters
to this section to represent a skill that is rare today.

The Ramp am Lions hress

Will Carter finds wood a sympathetic material as a
vehicle for beautiful letters. 'Certain kinds of wood are
more aggressive, more of a battle to win over, but you
do not meet an enemy head-on, you just avoid using
them.' He does not find the grain a problem; if it were,
it would show up in the roundels that he is so fond of
carving.

The wood-carved sign for the
Rampant Lions Press run by
Will Carter and his son,
Sebastian. The letters are gold
on a black ground.

He feels that you can do more with wood than
stone, although it depends on how you handle your
tools. With his method, he gets 'a wonderful flow of
thin line'. He defies you to get that with a chisel — he
should know, being highly skilled in working both
materials.

Two more examples of wood-
carved signs. These finely
spaced capitals are coloured red
while those for the Stinehour
Press are once again gold on
black.