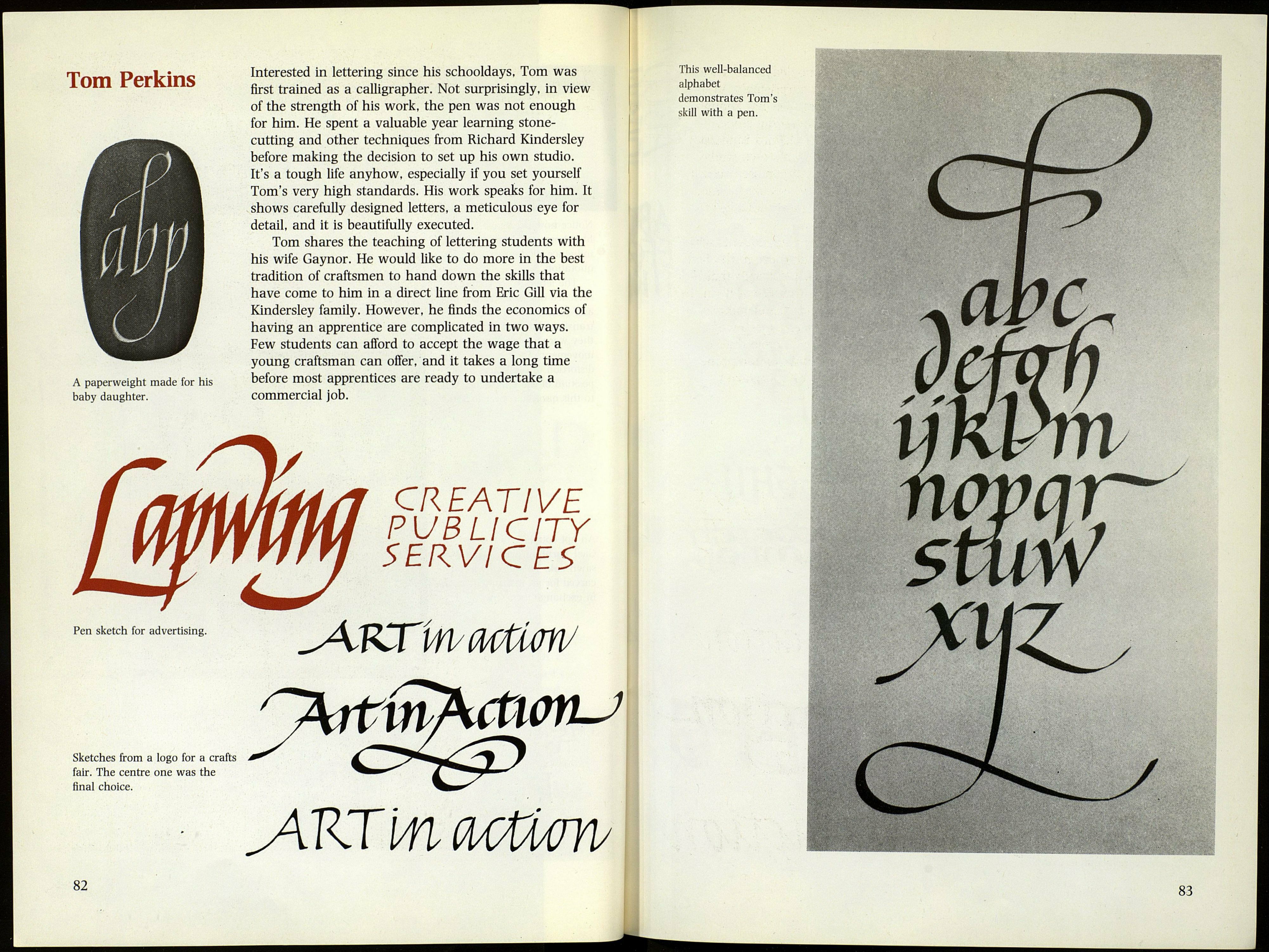 A paperweight made for his
baby daughter.

Interested in lettering since his schooldays, Tom was
first trained as a calligrapher. Not surprisingly, in view
of the strength of his work, the pen was not enough
for him. He spent a valuable year learning stone-
cutting and other techniques from Richard Kindersley
before making the decision to set up his own studio.
It's a tough life anyhow, especially if you set yourself
Tom's very high standards. His work speaks for him. It
shows carefully designed letters, a meticulous eye for
detail, and it is beautifully executed.

Tom shares the teaching of lettering students with
his wife Gaynor. He would like to do more in the best
tradition of craftsmen to hand down the skills that
have come to him in a direct line from Eric Gill via the
Kindersley family. However, he finds the economics of
having an apprentice are complicated in two ways.
Few students can afford to accept the wage that a
young craftsman can offer, and it takes a long time
before most apprentices are ready to undertake a
commercial job.

Sketches from a logo for a crafts
fair. The centre one was the
final choice.

demonstrates Tom's
skill with a pen.