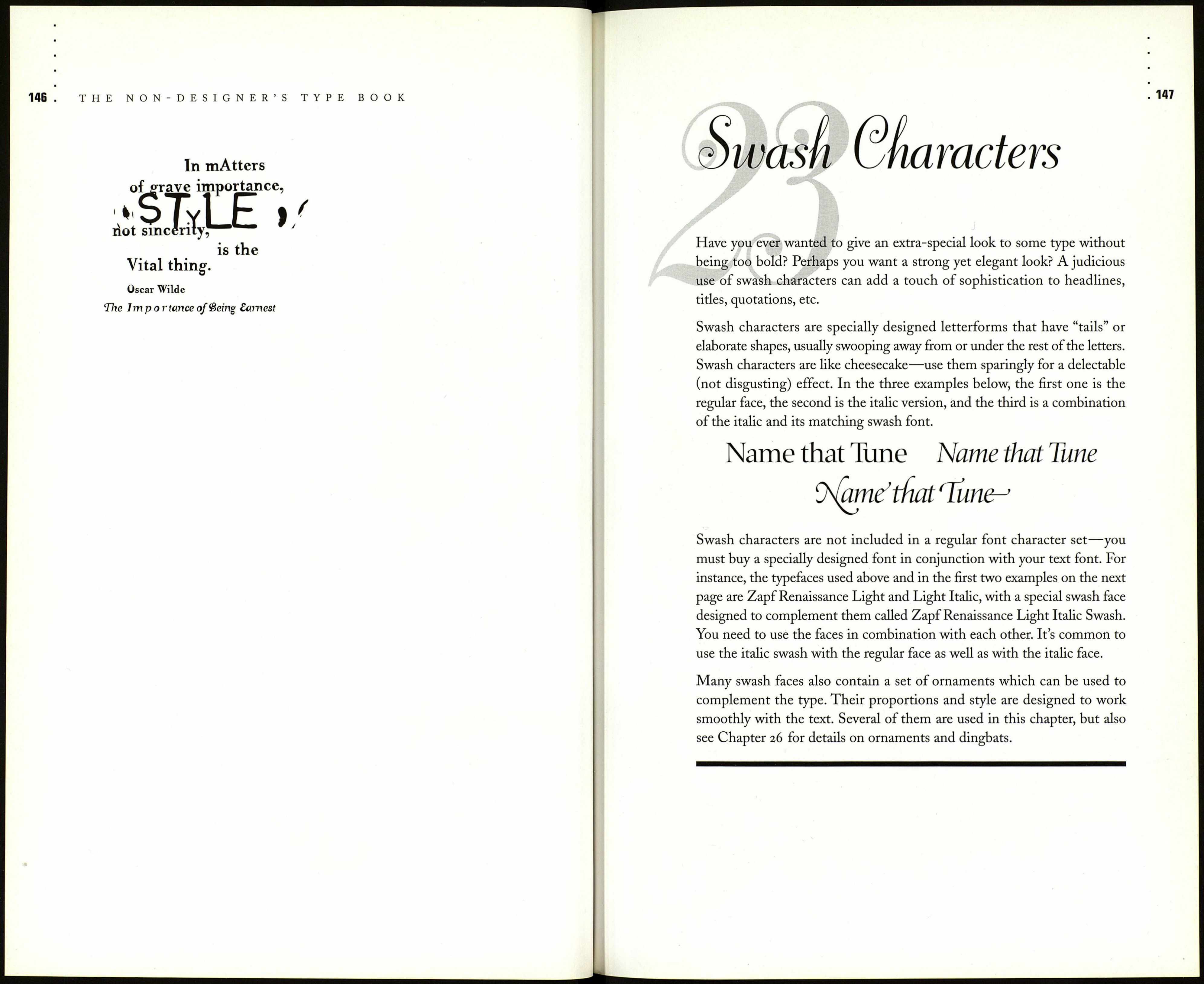 If your text is flush left, right, or centered, hyphenation isn't a big problem.
The only rule is to watch out for too many hyphens in a row and word
breaks that are too short. PersonaUy, my preference is never to allow more
than one hyphenation in a row, and preferably no more than one in a para¬
graph. Other people whose opinions I respect are comfortable with, say, no
more than three in a row. Also personaUy, I abhor those hyphenations that
leave one or two letters at either end of the line. Others don't mind. No
one, however, finds a hyphenated word as the last word in a paragraph to
be acceptable.

If you are going to justify your text, you have other considerations to weigh
because the computer hyphenates words in an attempt to maintain the
most even word spacing possible. It's impossible have totally even word
spacing in justified text—the computer has to unnaturally force words to
the beginnings and ends of the lines.

There are two schools of thought on justification with hyphenation: Some
people are willing to put up with lots of hyphenated words, including two-
letter ones, to ensure that the word spacing is as even as possible. Others
are wiUing to accept uneven word spacing in exchange for fewer obnox¬
ious hyphens at the ends of lines—hyphens that interrupt the flow and
color of the text much more than does a subtle change in or less-than-
ideal word spacing. Guess to which school I belong? Guess which para¬
graph on this page makes me twitch with horror?

You can set your page layout application to get the effect you want.
I have Adobe PageMaker set to not allow hyphenations that would occur
within three picas of the end of the line (depending on the length of my
line), thereby eliminating two-letter breaks, and to not allow more than
one hyphen in a row. In QuarkXPress you can get even more specific. In
both programs you can add the hyphenation controls to your style sheets.