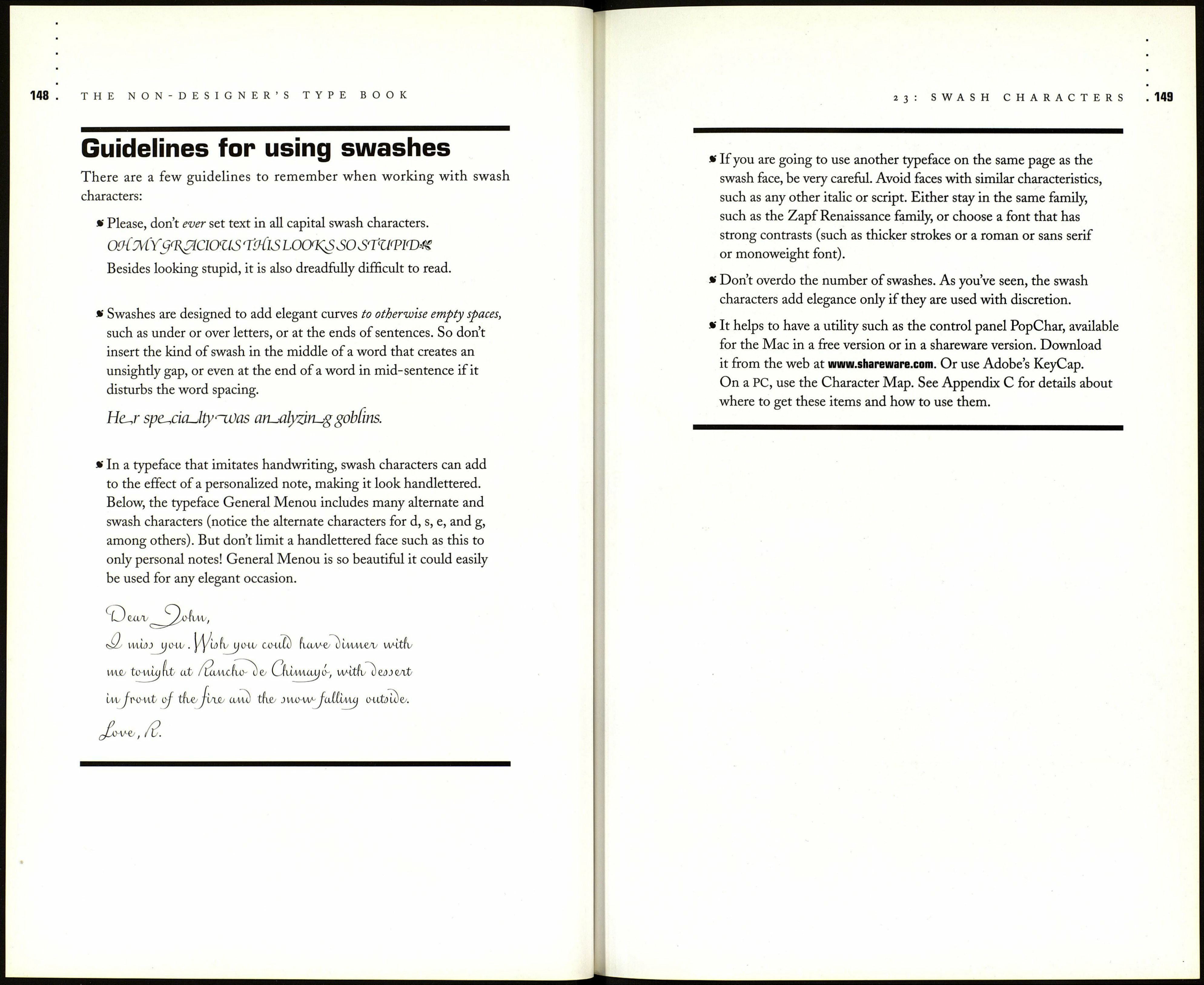 is the
Vital thing.

Have you ever wanted to give an extra-special look to some type without
being too bold? Perhaps you want a strong yet elegant look? A judicious
use of swash characters can add a touch of sophistication to headlines,
titles, quotations, etc.

Swash characters are specially designed letterforms that have "tails" or
elaborate shapes, usuaUy swooping away from or under the rest of the letters.
Swash characters are like cheesecake—use them sparingly for a delectable
(not disgusting) effect. In the three examples below, the first one is the
regular face, the second is the itaUc version, and the third is a combination
of the italic and its matching swash font.

Swash characters are not included in a regular font character set—you
must buy a speciaUy designed font in conjunction with your text font. For
instance, the typefaces used above and in the first two examples on the next
page are Zapf Renaissance Light and Light Italic, with a special swash face
designed to complement them called Zapf Renaissance Light Italic Swash.
You need to use the faces in combination with each other. It's common to
use the italic swash with the regular face as weU as with the italic face.

Many swash faces also contain a set of ornaments which can be used to
complement the type. Their proportions and style are designed to work
smoothly with the text. Several of them are used in this chapter, but also
see Chapter 26 for details on ornaments and dingbats.