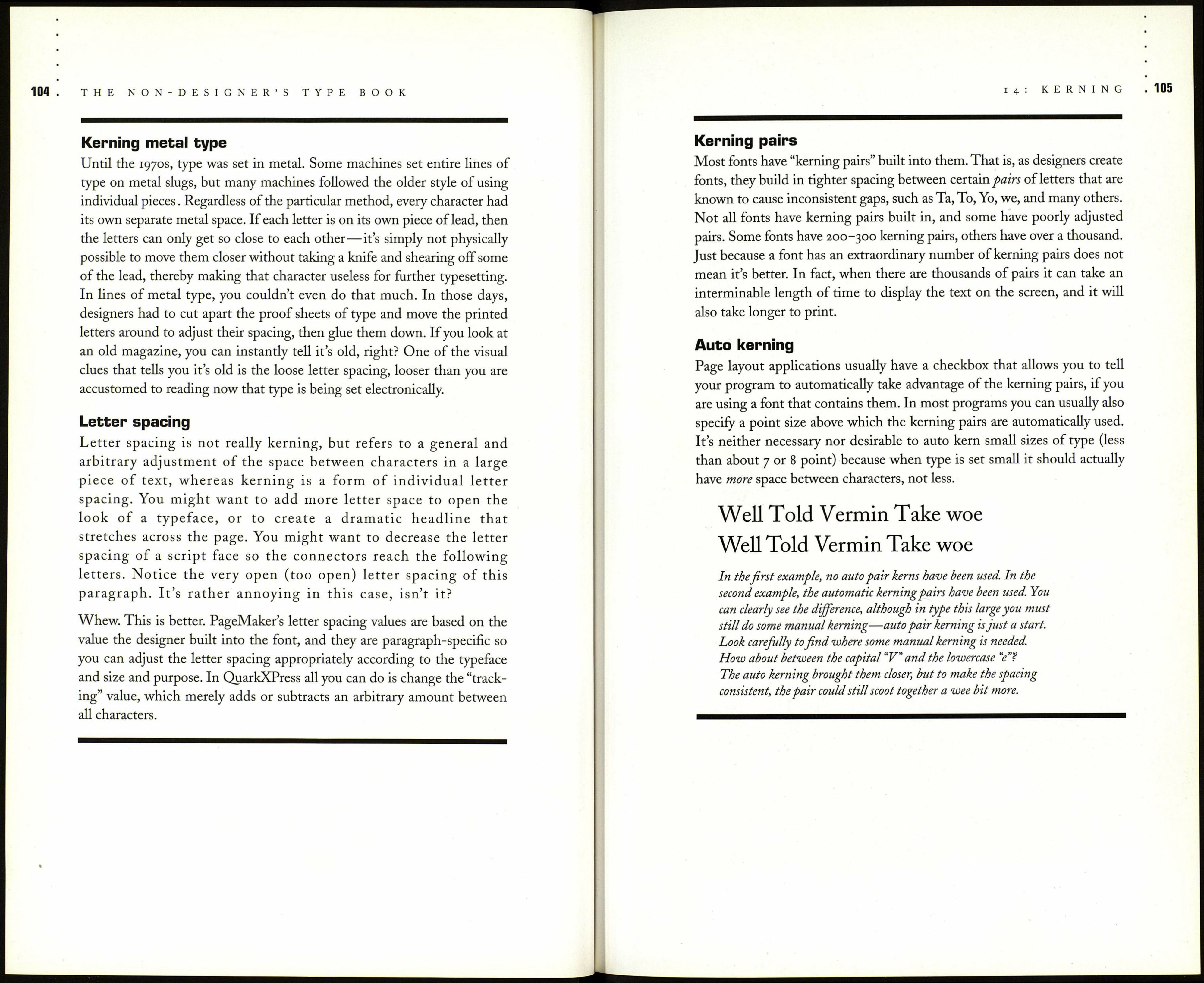 that typography is an ART

in which Violent Revolutions can scarcely,

in the nature of things,

A type of Revolutionary Movelty

may D6 extremely beautiful in itself;

but for the creatures of habit that we are,

tends to make it ilkgiblE.

Typography for the Тѵ/спіісіІі-Сспшгу Reader

In page layout applications, such as Adobe PageMaker, QuarkXPress, or
Adobe FrameMaker, you have an incredible amount of control over the
spacing between letters, words, and lines. But to take advantage of this
control, you must know what the features refer to. Later in this section
I address the space between lines (linespacing, or leading) and the space
between paragraphs. This chapter focuses on manipulating the space
between the letters: kerning, pair kerning, auto kerning, manual kerning,
range kerning, tracking, and letter spacing.

Kerning is the process of adjusting the space between individual letters; it
is a fine-tuning process. The desirable end result is visually consistent letter
spacing because consistent spacing strengthens the readability of the text.
Whether that means you increase space between tight letters or decrease
space between loose letters, the spacing must be consistent. You don't want
the reader's eye to stumble over awkward letterfitting. To a discerning eye,
your kerning is symbolic of your attitude and experience toward type. Don't
be a dork.

This word is not kerned at all.
The letters are loose, quite
separate from each other.

This word has been kerned so the
letters fit snugly and consistently
together without being overly tight.