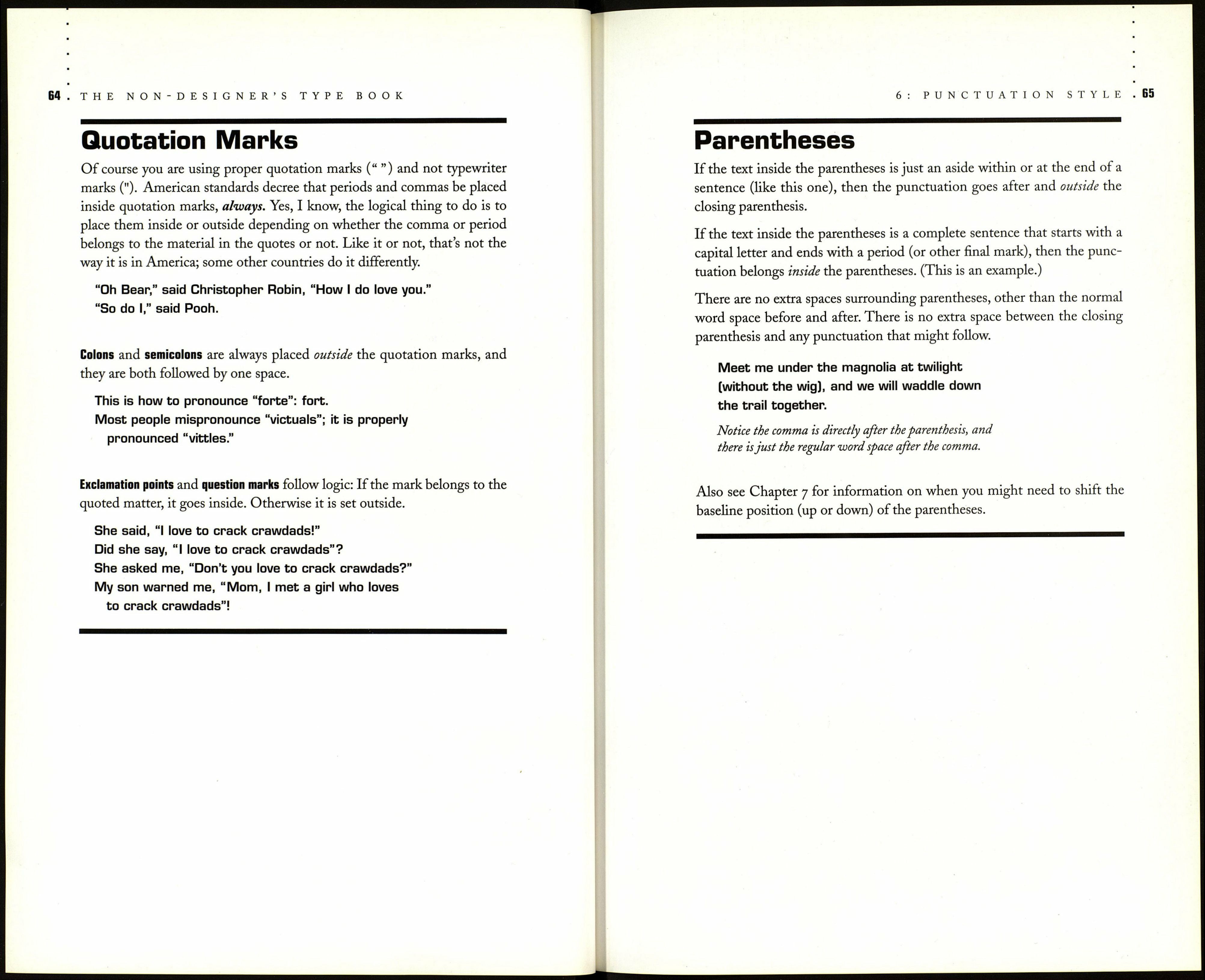 Kern outside the text block or box

To do this with flush right text, follow these steps: After the last quotation
mark, type a hard space. Then hit the left arrow key once so the insertion
point moves to the left of the hard space. Now kern and the quotation
mark and period will move outside the block or box.

To type this: Mac

Notice the quotation mark is
hanging outside of the text block.

The quotation mark is

hanging off the right edge,

but since both lines have

punctuation, the period does

not need to hang outside also.

I added a thin space after

align it with the text above.

All of us are now circumventing the professional typesetter and creating
beautiful publications on our own desktops. We've heard all about the
typesetting standards of setting one space after periods, and how to access
em dashes and en dashes and true quotation marks and apostrophes.
Although most of us know how to create these alternate characters, there
still seems to be considerable confusion over when to use them. The
punctuation in your publication affects the professional appearance of your
work just as powerfully as the characters themselves. (It's interesting that
when the "rules" of design are broken it is called "creative," but when the
established rules of punctuation are broken it is called "uneducated."
Creative punctuation isn't a well-accepted idea.)

So following are some guidelines to help give your desktop-designed work
a more professional edge. If you have other questions, read The Chicago
Manual of Style, William Strunks wonderful little book, The Elements of
Style, or check out the back of your dictionary—most dictionaries include
a basic manual of style.

It is often the very small details that set mediocre work apart from out¬
standing work. To push a publication to the professional edge, make sure
you carry your style all the way through, even to such mundane principles
as punctuation.