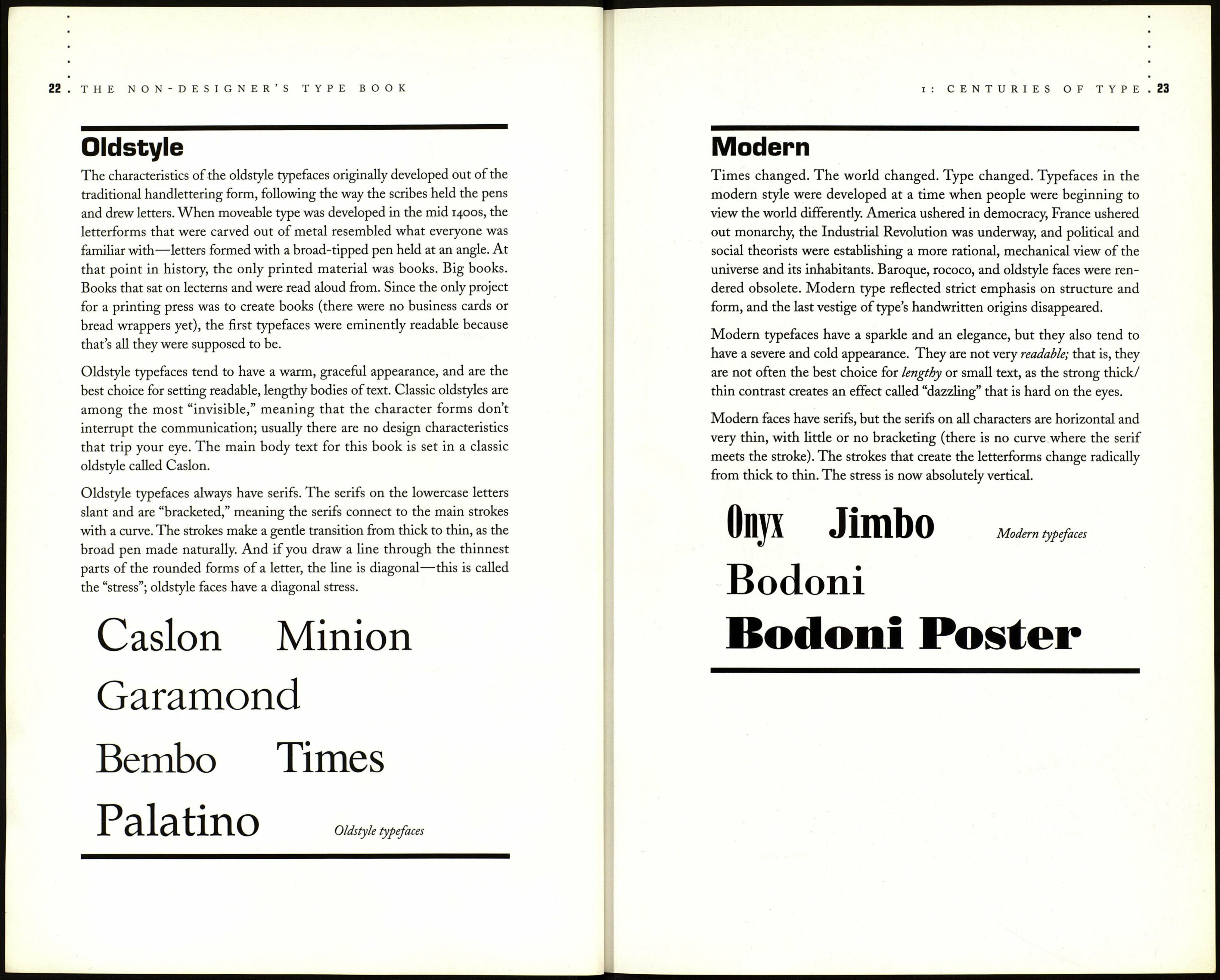 The number of digitized typefaces is astounding, numbering well past
10,000 at the moment. It can be an overwhelming experience to decide
which ones to buy, or even which ones to use.

However, if you group typefaces that have similar characteristics into a
small number of categories, it makes the selection process much more
manageable—it's easier to choose the typefaces you need to buy for your
library by choosing a few from each category, and it's easier to decide
which combination of faces to use on the page by making sure you grab no
more than one from each category. And the process of grouping fonts
makes you notice their more subtle features, makes you become more
intimately involved.

It makes about as much sense to group several thousand faces into seven
categories as it does to group human personalities into several character
"types." There are always typefaces (or humans) with little quirks that pre¬
vent them from being conveniently pigeonholed, but there are generally
enough shared characteristics to make it worth a try.

I'm going to talk about seven different categories: oldstyle, modern, slab
serif, sans serif, fringe, script, and decorative. The first five groups follow a
historical perspective—there are interesting parallels between type
development and developments in other areas of civilization such as archi¬
tecture, archeology, philosophy, even economics. This doesn't mean that
every typeface in a category was developed at that point in history. Goudy
Oldstyle, designed by Frederic Goudy in 1915, is a classic example of the
oldstyle category which began developing around 1500. The printer Aldus
Manutius is credited with cutting the first oldstyle type in 1495; in fact,
Aldus was such an important character that I have reprinted a story about
him at the end of this chapter.