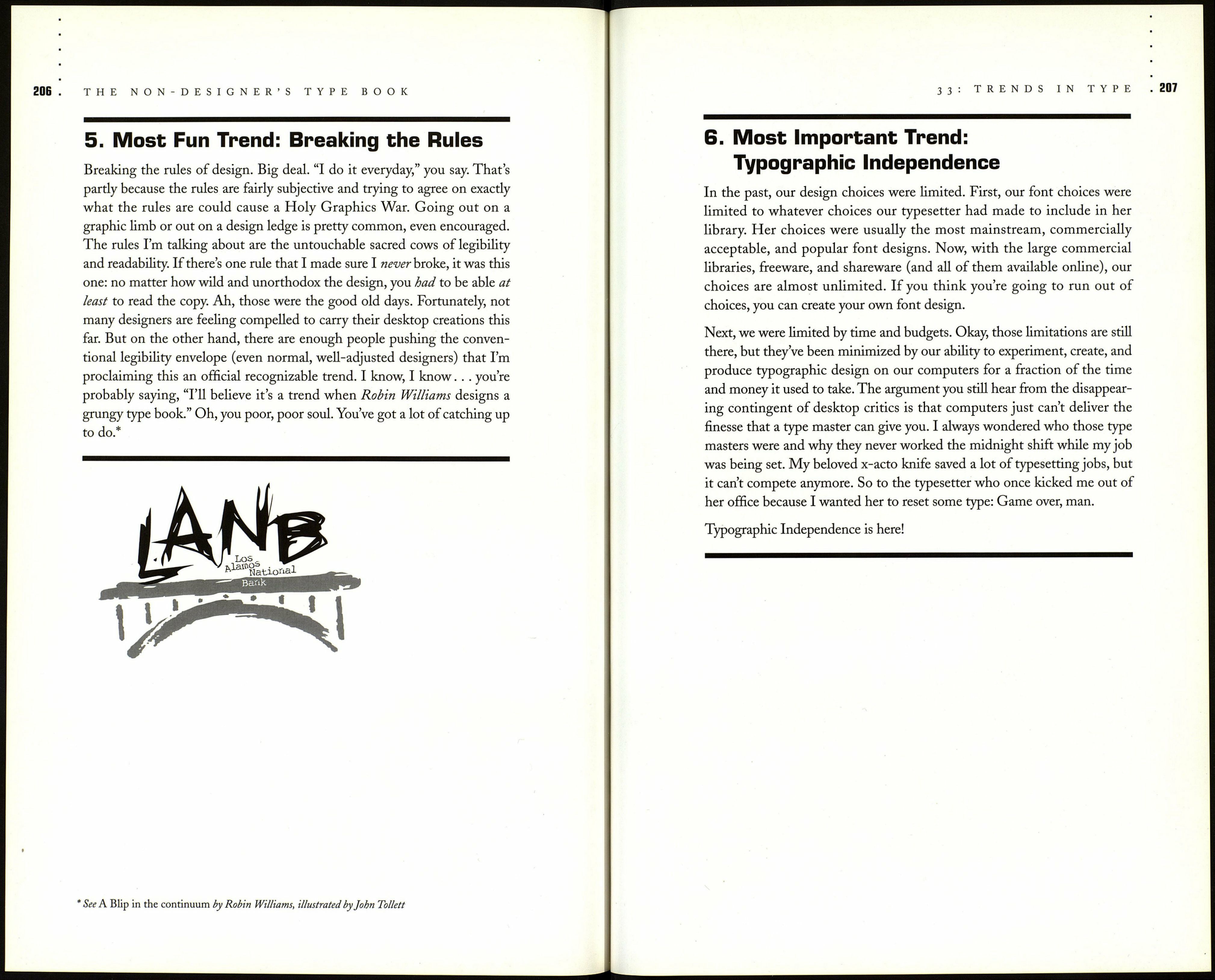 For many years I felt that I was familiar with every typeface available. Even
if some got past me, it was very seldom that I saw a typeface and didn't
know its name or at least recognize it. And it was guaranteed that I knew
every font available in my local area. Plus every style of press type available
at the local art supply store. Here's another "that was then" pause. Now I
can't even stay familiar with the fonts on my own computer, much less have
a comprehensive idea of all the available fonts from the outside world. I
was looking at a friend's type catalog recently and I didn't know one single
font in the entire catalog. Everyone's on the font bandwagon. It's not just
the large, professional type¬
setting houses buying fonts
out there anymore . . .
now it's millions of

individual and eclectic tastes. Traditional type designers are generating out
new designs, both classical and grungy. New type design companies are
springing up and making quite an impact. Freelance designers are designing
fonts. Fonts are being designed specifically for the Internet and low-
resolution monitors. I know a little girl named Scarlett who designed a font
(named Scarlett) and I've seen it used in full color brochures from here to
Europe. I've even seen fonts that look like they've been influenced by this
seven-year-old designer. Fonts used to be very expensive. Now vendors
practically give them away. As a matter of fact they do give them away. In
addition to commercial font prices dropping tremendously, there's a large
(and growing) collection of shareware and freeware fonts available. Don't
plan on collecting them all unless you have a big hard drive with several
terabytes of space.

You may argue that you'll never use or even see half of these fonts. That's
probably true, but until the government limits type usage to Times and
Helvetica, font creation is a runaway trend train.