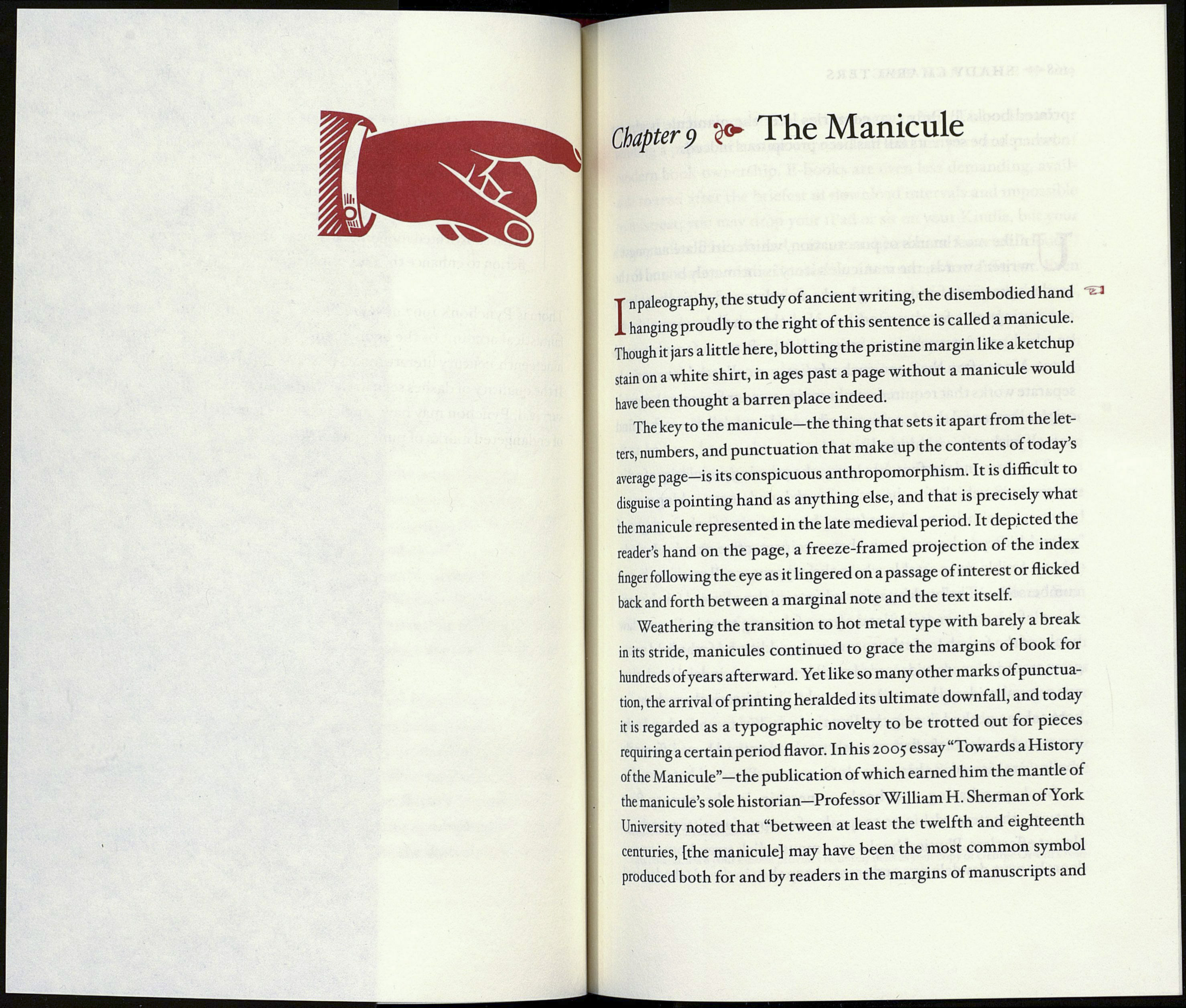 In paleography, the study of ancient writing, the disembodied hand
hanging proudly to the right of this sentence is called a manicule.
Though it jars a little here, blotting the pristine margin like a ketchup
stain on a white shirt, in ages past a page without a manicule would
have been thought a barren place indeed.

The key to the manicule—the thing that sets it apart from the let¬
ters, numbers, and punctuation that make up the contents of today’s
average page-is its conspicuous anthropomorphism. It is difficult to
disguise a pointing hand as anything else, and that is precisely what
the manicule represented in the late medieval period. It depicted the
reader’s hand on the page, a freeze-framed projection of the index
finger following the eye as it lingered on a passage of interest or flicked
back and forth between a marginal note and the text itself.

Weathering the transition to hot metal type with barely a break
in its stride, manicules continued to grace the margins of book for
hundreds of years afterward. Yet like so many other marks of punctua¬
tion, the arrival of printing heralded its ultimate downfall, and today
it is regarded as a typographic novelty to be trotted out for pieces
requiring a certain period flavor. In his 2005 essay Towards a History
of the Manicule”—the publication ofwhich earned him the mantle of
the manicule’s sole historian—Professor William H. Sherman of York
University noted that “between at least the twelfth and eighteenth
centuries, [the manicule] may have been the most common symbol
produced both for and by readers in the margins of manuscripts and