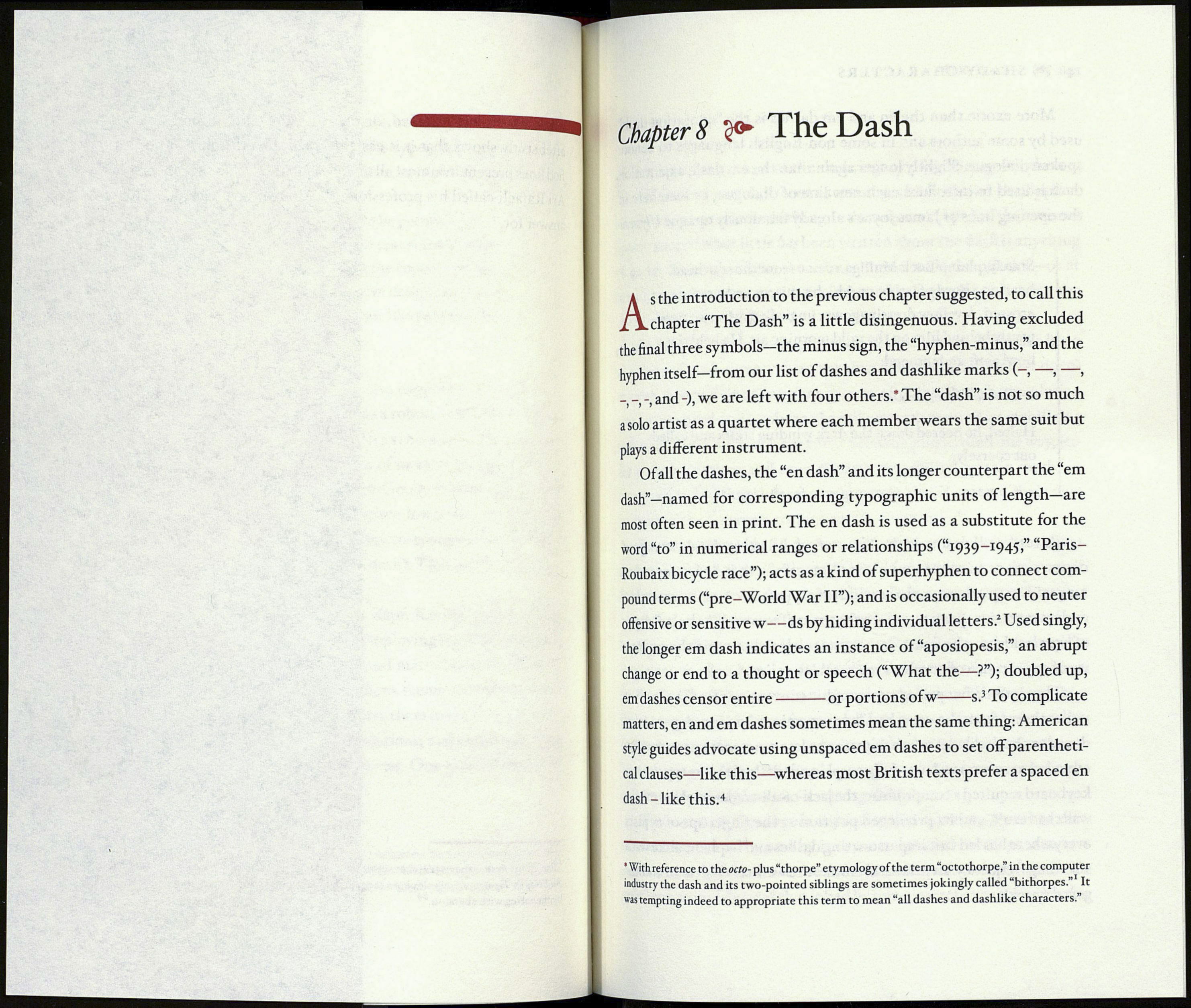 As the introduction to the previous chapter suggested, to call this
chapter “The Dash” is a little disingenuous. Having excluded
the final three symbols—the minus sign, the “hyphen-minus,” and the
hyphen itself—from our list of dashes and dashlike marks (-, —, —,
-, -, -, and -), we are left with four others.* The “dash” is not so much
asolo artist as a quartet where each member wears the same suit but
plays a different instrument.

Of all the dashes, the “en dash” and its longer counterpart the “em
dash”—named for corresponding typographic units of length—are
most often seen in print. The en dash is used as a substitute for the
word “to” in numerical ranges or relationships (“1939-1945,” “Paris-
Roubaix bicycle race”); acts as a kind of superhyphen to connect com¬
pound terms (“pre-World War II”); and is occasionally used to neuter
offensive or sensitive w—ds by hiding individual letters.2 Used singly,
the longer em dash indicates an instance of “aposiopesis,” an abrupt
change or end to a thought or speech (“What the—?”); doubled up,

* With reference to the octo- plus “thorpe” etymology of the term “octothorpe,” in the computer
industry the dash and its two-pointed siblings are sometimes jokingly called “bithorpes.” It
was tempting indeed to appropriate this term to mean “all dashes and dashlike characters.