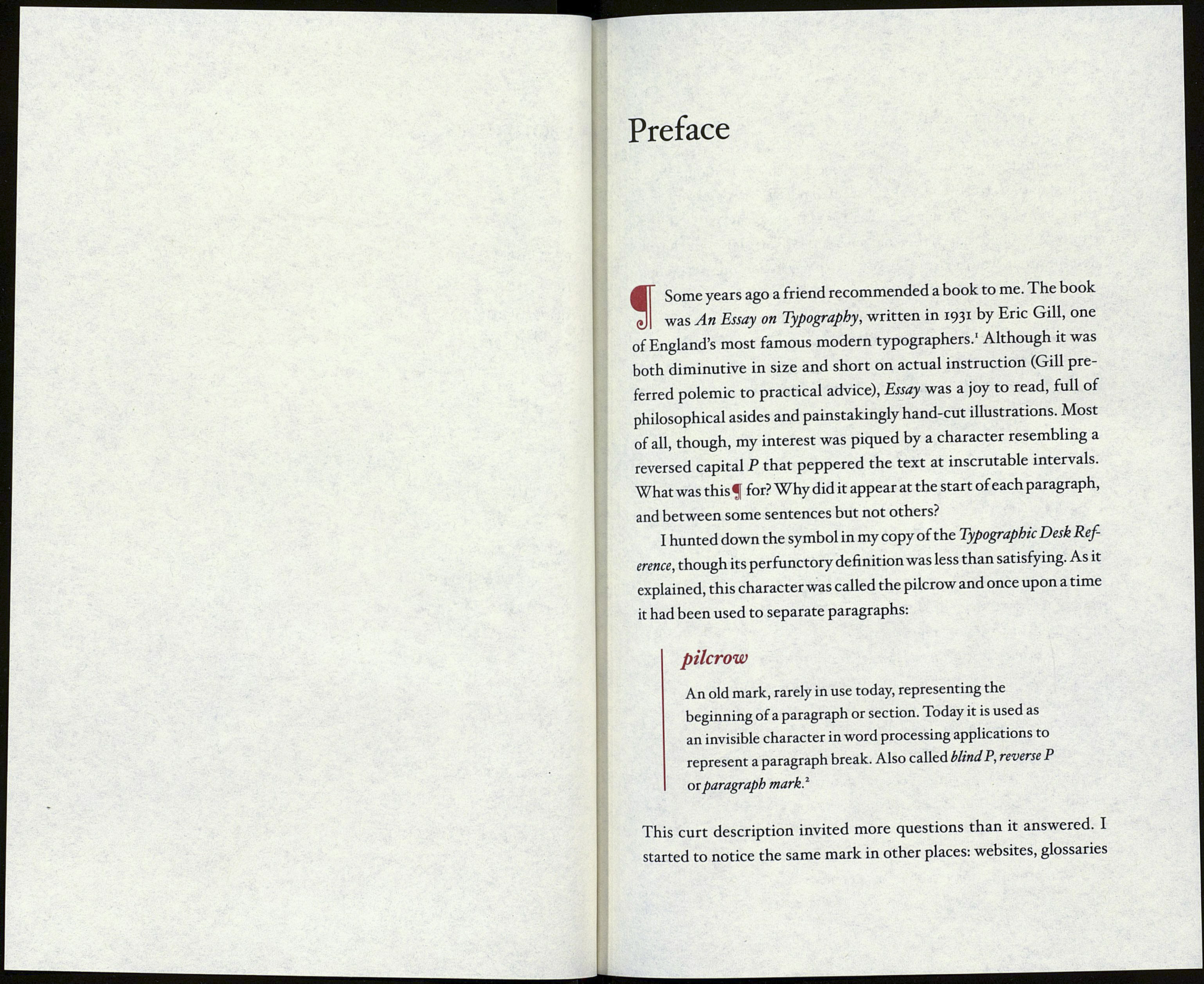 fSome years ago a friend recommended a book to me. The book
was An Essay on Typography, written in 1931 by Eric Gill, one
of England’s most famous modern typographers.' Although it was
both diminutive in size and short on actual instruction (Gill pre¬
ferred polemic to practical advice), Essay was a joy to read, full of
philosophical asides and painstakingly hand-cut illustrations. Most
of all, though, my interest was piqued by a character resembling a
reversed capital P that peppered the text at inscrutable intervals.
What was this f for? Why did it appear at the start of each paragraph,
and between some sentences but not others?

I hunted down the symbol in my copy of the Typographic Desk Ref¬
erence, though its perfunctory definition was less than satisfying. As it
explained, this character was called the pilcrow and once upon a time
it had been used to separate paragraphs:

An old mark, rarely in use today, representing the
beginning of a paragraph or section. Today it is used as
an invisible character in word processing applications to
represent a paragraph break. Also called blindP, reverse P
I or paragraph mark.2

This curt description invited more questions than it answered. I
started to notice the same mark in other places: websites, glossaries