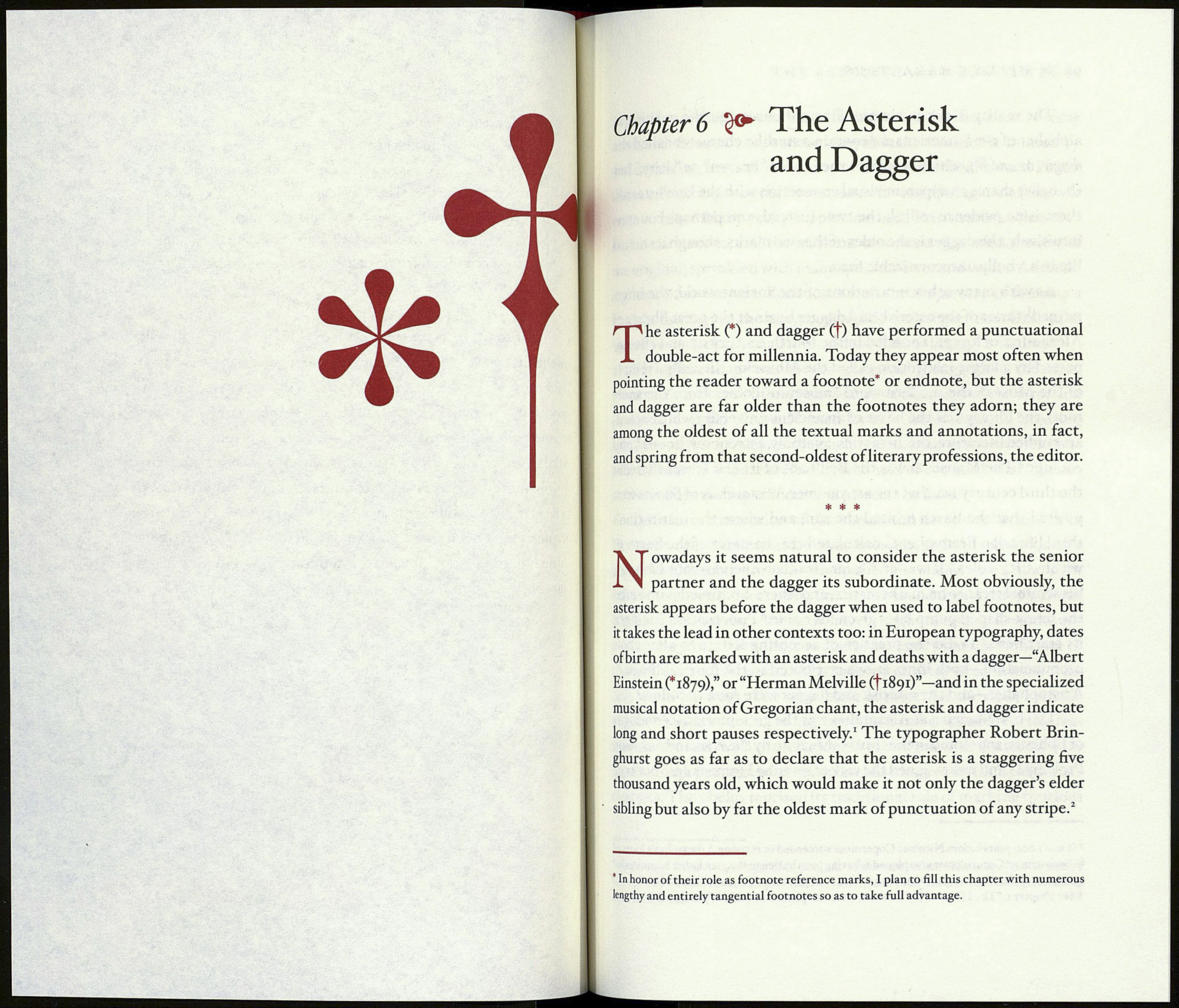 Chapter 6 The Asterisk
and Dagger

The asterisk (*) and dagger (f) have performed a punctuational
double-act for millennia. Today they appear most often when
pointing the reader toward a footnote* or endnote, but the asterisk
and dagger are far older than the footnotes they adorn; they are
among the oldest of all the textual marks and annotations, in fact,
and spring from that second-oldest of literary professions, the editor.

Nowadays it seems natural to consider the asterisk the senior
partner and the dagger its subordinate. Most obviously, the
asterisk appears before the dagger when used to label footnotes, but
it takes the lead in other contexts too: in European typography, dates
of birth are marked with an asterisk and deaths with a dagger—“Albert
Einstein (*1879),” or “Herman Melville (f 1891)”—and in the specialized
musical notation of Gregorian chant, the asterisk and dagger indicate
long and short pauses respectively.1 The typographer Robert Brin-
ghurst goes as far as to declare that the asterisk is a staggering five
thousand years old, which would make it not only the dagger’s elder
sibling but also by far the oldest mark of punctuation of any stripe.2

* In honor of their role as footnote reference marks, I plan to fill this chapter with numerous
lengthy and entirely tangential footnotes so as to take full advantage.