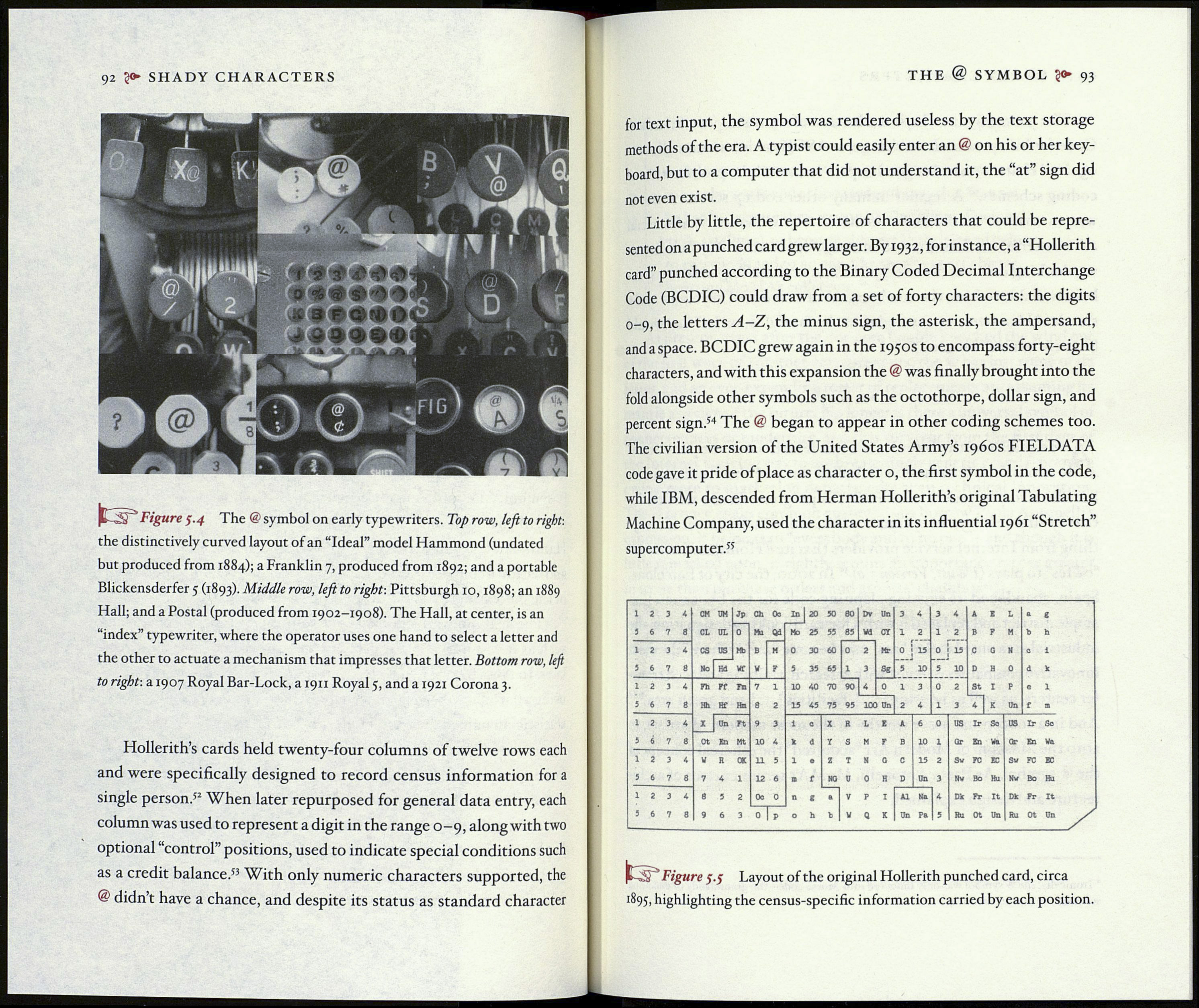 Hollerith’s cards held twenty-four columns of twelve rows each
and were specifically designed to record census information for a
single person.52 When later repurposed for general data entry, each
column was used to represent a digit in the range 0-9, alongwith two
optional “control” positions, used to indicate special conditions such
as a credit balance.53 With only numeric characters supported, the
@ didn’t have a chance, and despite its status as standard character

for text input, the symbol was rendered useless by the text storage
methods of the era. A typist could easily enter an @ on his or her key¬
board, but to a computer that did not understand it, the “at” sign did
not even exist.

Little by little, the repertoire of characters that could be repre¬
sented on a punched card grew larger. By 1932, for instance, a “Hollerith
card” punched according to the Binary Coded Decimal Interchange
Code (BCDIC) could draw from a set of forty characters: the digits
0-9, the letters A-Z, the minus sign, the asterisk, the ampersand,
and a space. BCDIC grew again in the 1950s to encompass forty-eight
characters, and with this expansion the @ was finally brought into the
fold alongside other symbols such as the octothorpe, dollar sign, and
percent sign.54 The @ began to appear in other coding schemes too.
The civilian version of the United States Army’s 1960s FIELDATA
code gave it pride of place as character o, the first symbol in the code,
while IBM, descended from Herman Hollerith’s original Tabulating
Machine Company, used the character in its influential 1961 “Stretch”
supercomputer.55

|L-S Figure 5.5 Layout of the original Hollerith punched card, circa
1895, highlighting the census-specific information carried by each position.