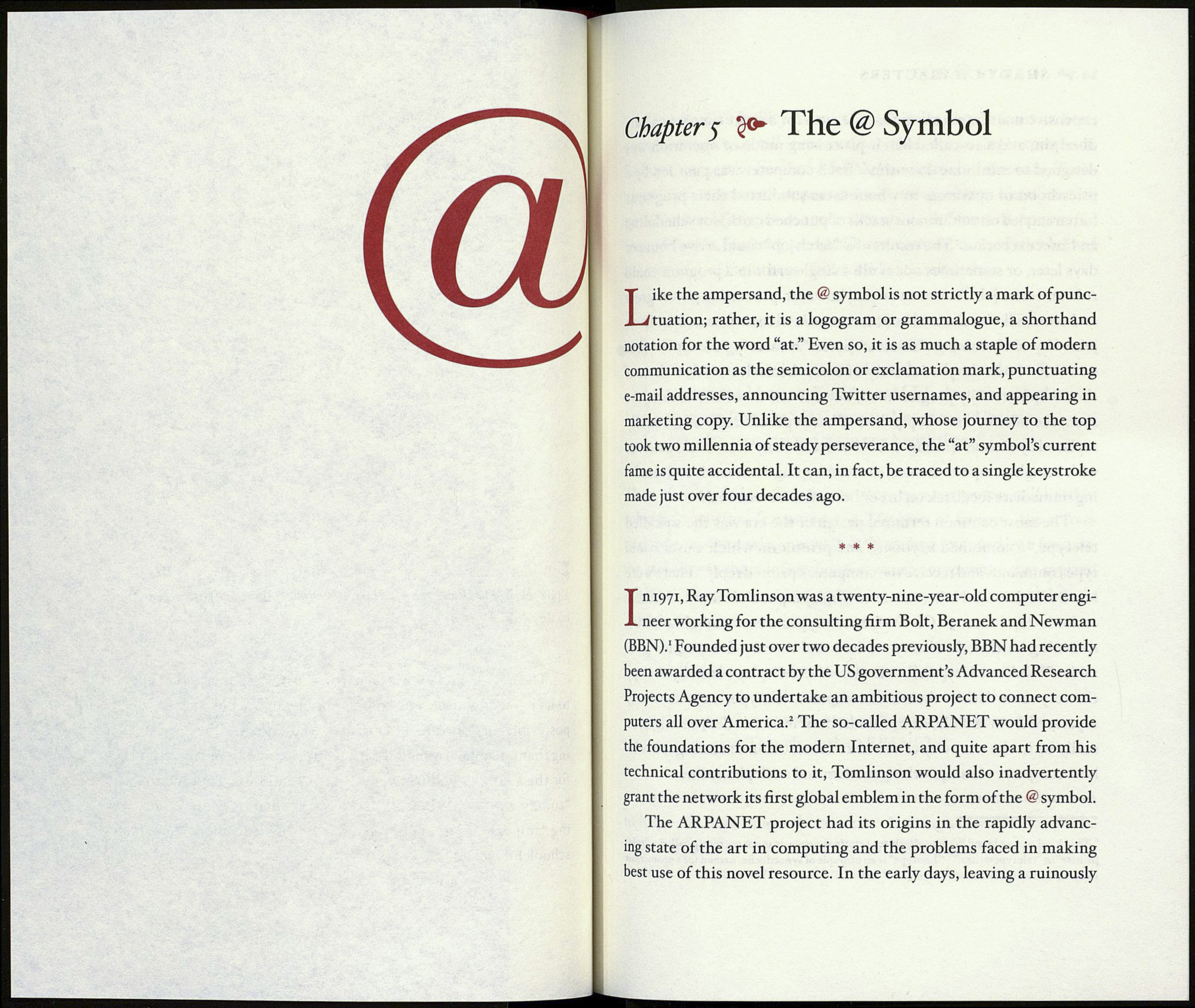 Like the ampersand, the @ symbol is not strictly a mark of punc¬
tuation; rather, it is a logogram or grammalogue, a shorthand
notation for the word “at.” Even so, it is as much a staple of modern
communication as the semicolon or exclamation mark, punctuating
e-mail addresses, announcing Twitter usernames, and appearing in
marketing copy. Unlike the ampersand, whose journey to the top
took two millennia of steady perseverance, the “at” symbol’s current
fame is quite accidental. It can, in fact, be traced to a single keystroke
made just over four decades ago.

In 1971, Ray Tomlinson was a twenty-nine-year-old computer engi¬
neer working for the consulting firm Bolt, Beranek and Newman
(BBN).1 Founded just over two decades previously, BBN had recently
been awarded a contract by the US government’s Advanced Research
Projects Agency to undertake an ambitious project to connect com¬
puters all over America.2 The so-called ARPANET would provide
the foundations for the modern Internet, and quite apart from his
technical contributions to it, Tomlinson would also inadvertently
grant the network its first global emblem in the form of the @ symbol.

The ARPANET project had its origins in the rapidly advanc¬
ing state of the art in computing and the problems faced in making
best use of this novel resource. In the early days, leaving a ruinously