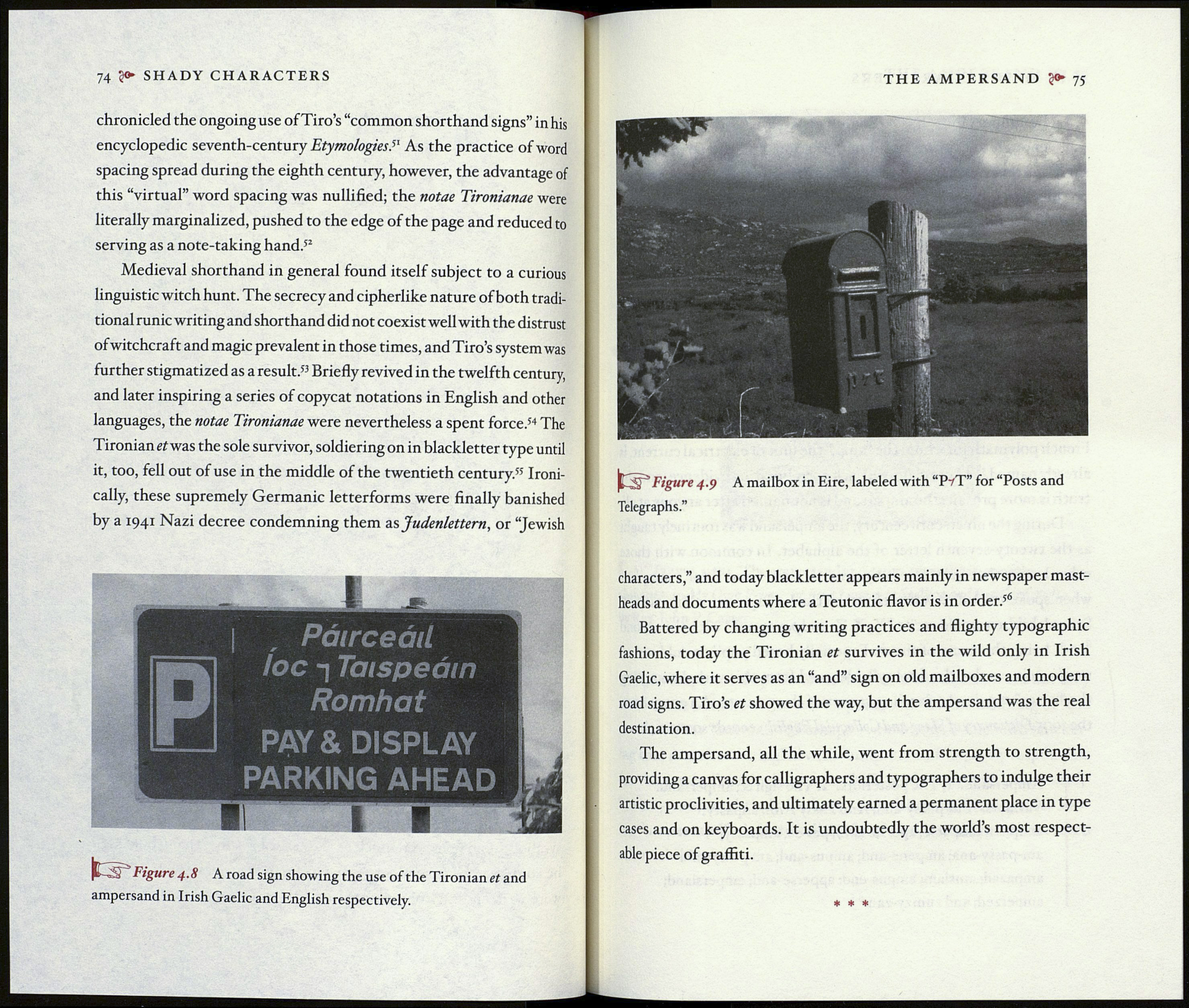 chronicled the ongoing use of Tiro’s “common shorthand signs” in his
encyclopedic seventh-century Etymologies,5‘ As the practice of word
spacing spread during the eighth century, however, the advantage of
this “virtual” word spacing was nullified; the notae Tironianae were
literally marginalized, pushed to the edge of the page and reduced to
serving as a note-taking hand.52

Medieval shorthand in general found itself subject to a curious
linguistic witch hunt. The secrecy and cipherlike nature of both tradi¬
tional runic writing and shorthand did not coexist well with the distrust
of witchcraft and magic prevalent in those times, and Tiro’s system was
further stigmatized as a result.53 Briefly revived in the twelfth century,
and later inspiring a series of copycat notations in English and other
languages, the notae Tironianae were nevertheless a spent force.54 The
Tironian etwas the sole survivor, soldiering on in blackletter type until
it, too, fell out of use in the middle of the twentieth century.55 Ironi¬
cally, these supremely Germanic letterforms were finally banished
by a 1941 Nazi decree condemning them Judenlettern, or “Jewish

.8 A road sign showing the use of the Tironian et and
ampersand in Irish Gaelic and English respectively.

Figure 4.9 A mailbox in Eire, labeled with “PtT” for “Posts and
Telegraphs.”

characters,” and today blackletter appears mainly in newspaper mast¬
heads and documents where a Teutonic flavor is in order.56

Battered by changing writing practices and flighty typographic
fashions, today the Tironian et survives in the wild only in Irish
Gaelic, where it serves as an “and” sign on old mailboxes and modern
road signs. Tiro’s et showed the way, but the ampersand was the real
destination.

The ampersand, all the while, went from strength to strength,
providing a canvas for calligraphers and typographers to indulge their
artistic proclivities, and ultimately earned a permanent place in type
cases and on keyboards. It is undoubtedly the world’s most respect¬
able piece of graffiti.