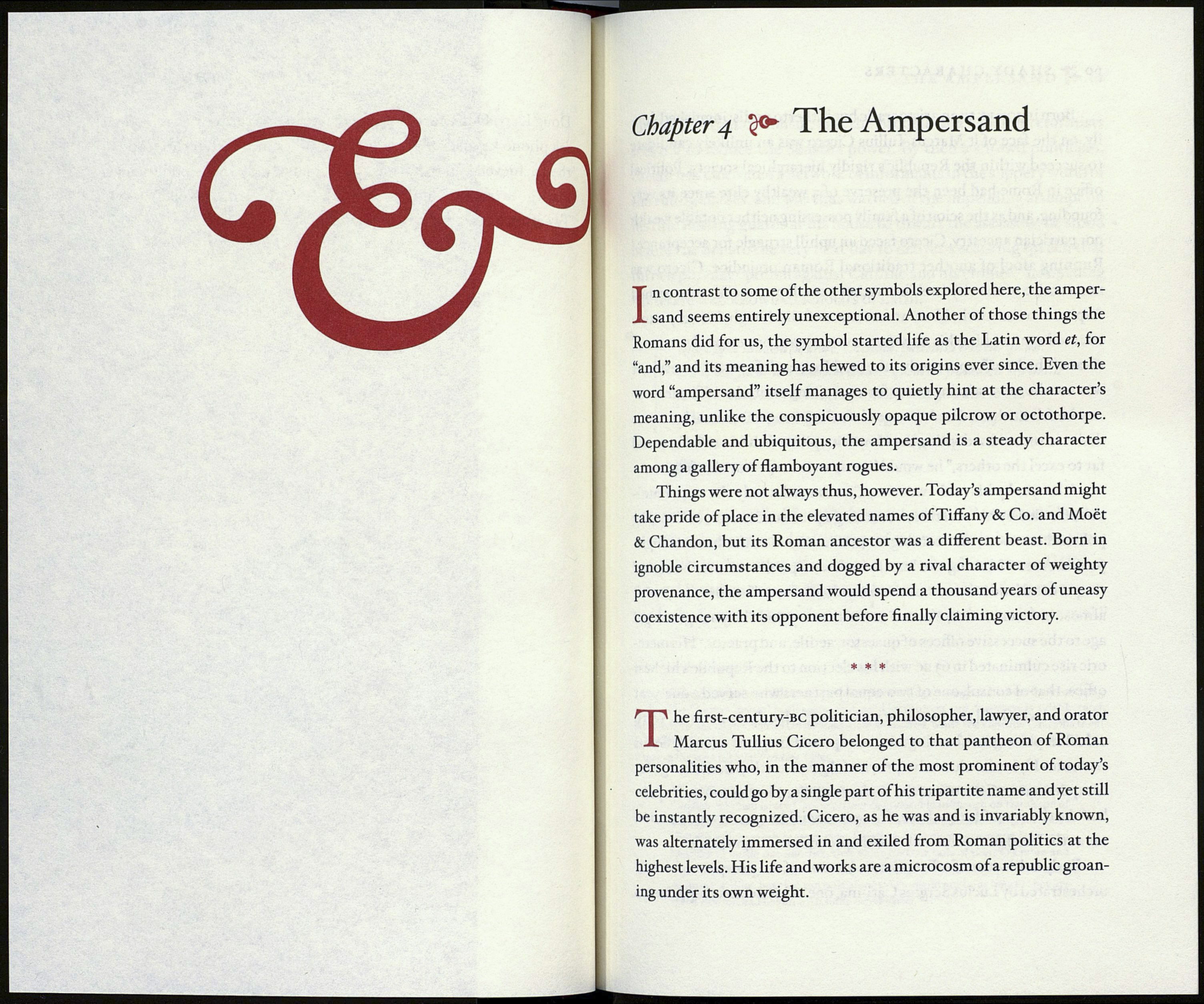 In contrast to some of the other symbols explored here, the amper¬
sand seems entirely unexceptional. Another of those things the
Romans did for us, the symbol started life as the Latin word et, for
“and,” and its meaning has hewed to its origins ever since. Even the
word “ampersand” itself manages to quietly hint at the character’s
meaning, unlike the conspicuously opaque pilcrow or octothorpe.
Dependable and ubiquitous, the ampersand is a steady character
among a gallery of flamboyant rogues.

Things were not always thus, however. Today’s ampersand might
take pride of place in the elevated names of Tiffany & Co. and Moët
& Chandon, but its Roman ancestor was a different beast. Born in
ignoble circumstances and dogged by a rival character of weighty
provenance, the ampersand would spend a thousand years of uneasy
coexistence with its opponent before finally claiming victory.

The first-century-BC politician, philosopher, lawyer, and orator
Marcus Tullius Cicero belonged to that pantheon of Roman
personalities who, in the manner of the most prominent of today’s
celebrities, could go by a single part of his tripartite name and yet still
be instantly recognized. Cicero, as he was and is invariably known,
was alternately immersed in and exiled from Roman politics at the
highest levels. His life and works are a microcosm of a republic groan¬
ing under its own weight.