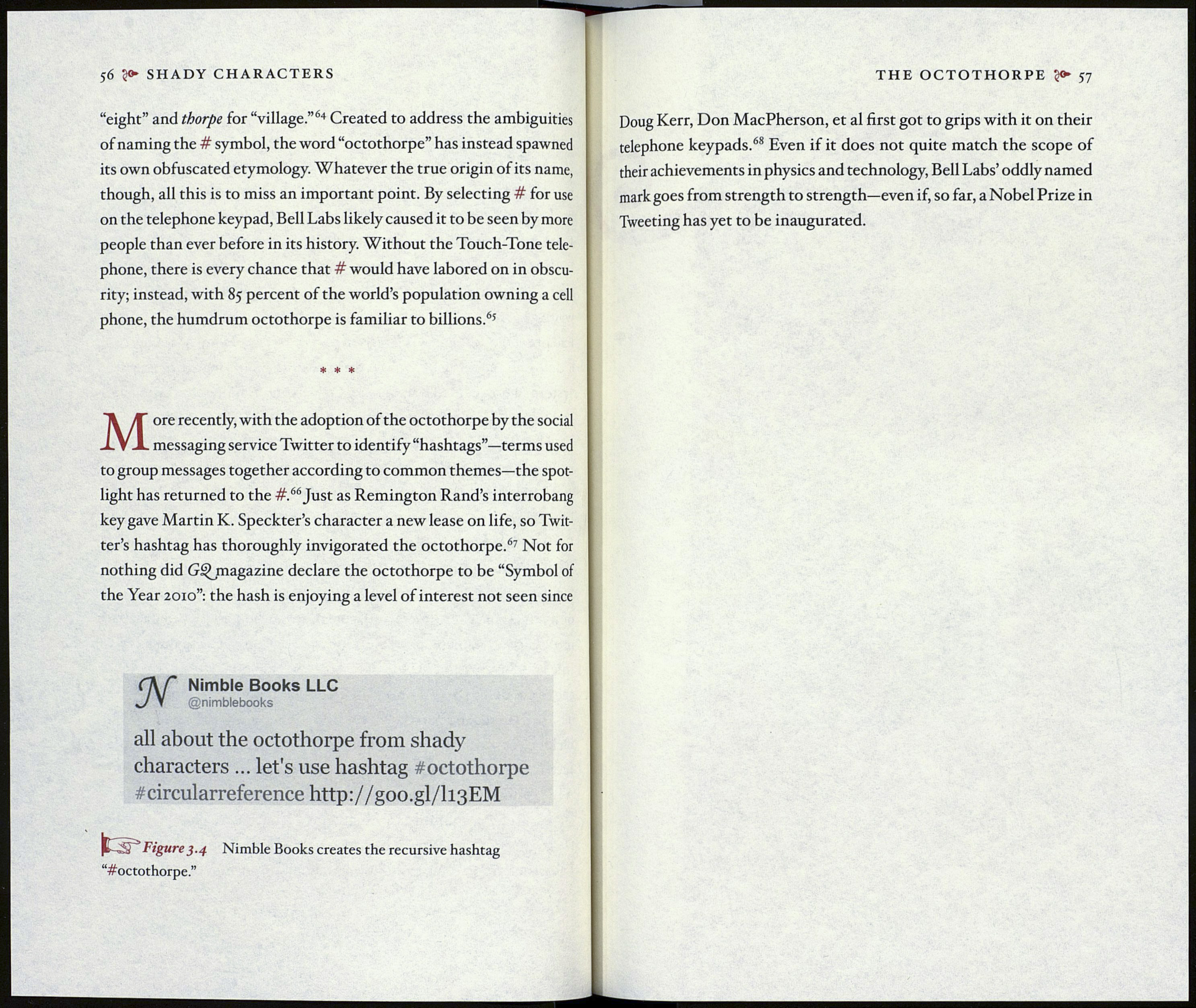 “eight” and thorpe for “village.”64 Created to address the ambiguities
of naming the # symbol, the word “octothorpe” has instead spawned
its own obfuscated etymology. Whatever the true origin of its name,
though, all this is to miss an important point. By selecting # for use
on the telephone keypad, Bell Labs likely caused it to be seen by more
people than ever before in its history. Without the Touch-Tone tele¬
phone, there is every chance that # would have labored on in obscu¬
rity; instead, with 85 percent of the world’s population owning a cell
phone, the humdrum octothorpe is familiar to billions.65

More recently, with the adoption of the octothorpe by the social
messaging service Twitter to identify “hashtags”—terms used
to group messages together according to common themes—the spot¬
light has returned to the #.66 Just as Remington Rand’s interrobang
key gave Martin K. Speckter’s character a new lease on life, so Twit¬
ter’s hashtag has thoroughly invigorated the octothorpe.67 Not for
nothing did G^jmagazine declare the octothorpe to be “Symbol of
the Year 2010”: the hash is enjoying a level of interest not seen since

all about the octothorpe from shady
characters ... let's use hashtag #octothorpe
#circularreference http://goo.gl/l13EM

Doug Kerr, Don MacPherson, et al first got to grips with it on their
telephone keypads.68 Even if it does not quite match the scope of
their achievements in physics and technology, Bell Labs’ oddly named
mark goes from strength to strength—even if, so far, a Nobel Prize in
Tweeting has yet to be inaugurated.