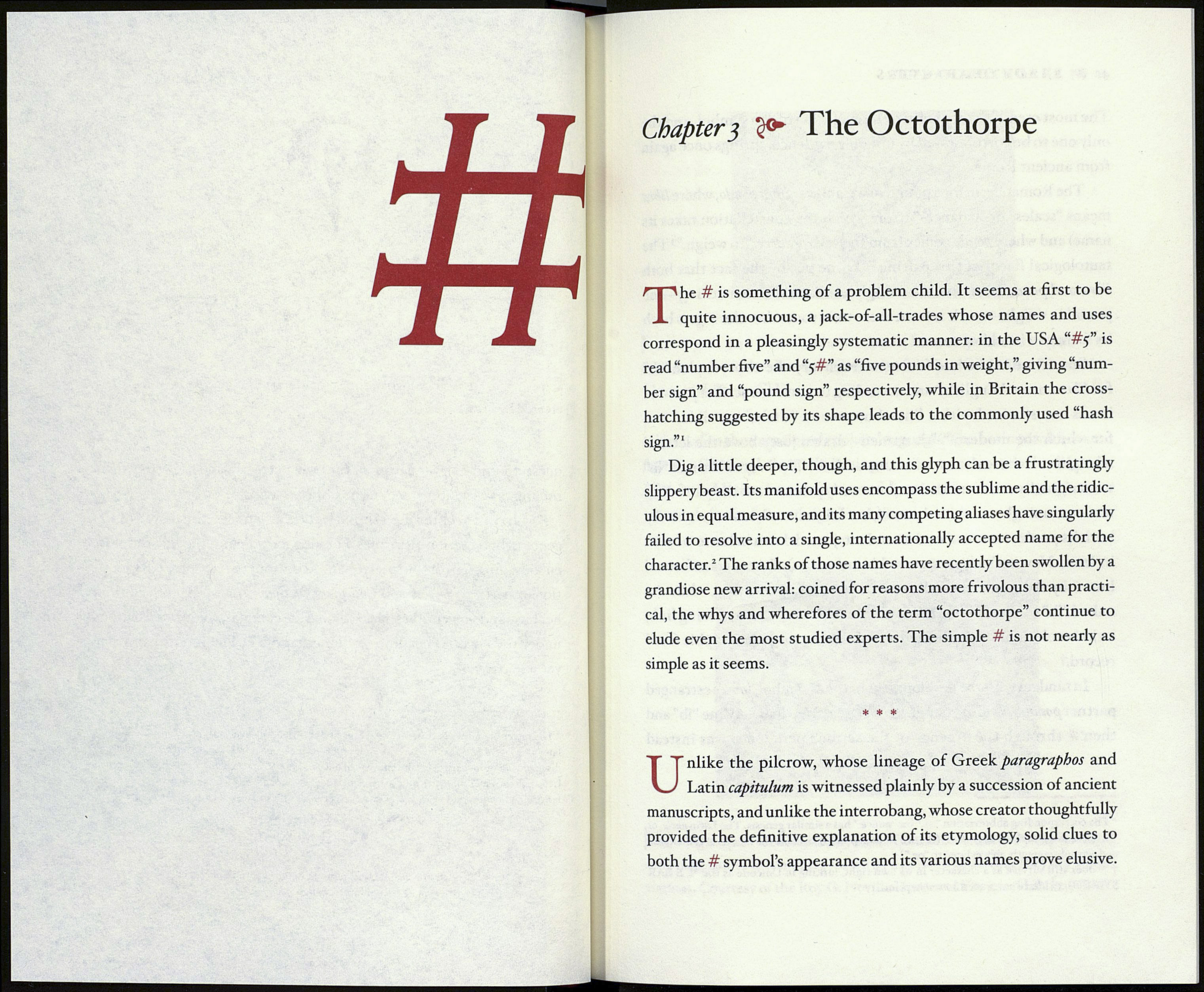 The # is something of a problem child. It seems at first to be
quite innocuous, a jack-of-all-trades whose names and uses
correspond in a pleasingly systematic manner: in the USA “#5” is
read “number five” and “5#” as “five pounds in weight,” giving “num¬
ber sign” and “pound sign” respectively, while in Britain the cross-
hatching suggested by its shape leads to the commonly used “hash
sign.”1

Dig a little deeper, though, and this glyph can be a frustratingly
slippery beast. Its manifold uses encompass the sublime and the ridic¬
ulous in equal measure, and its many competing aliases have singularly
failed to resolve into a single, internationally accepted name for the
character.2 The ranks of those names have recently been swollen by a
grandiose new arrival: coined for reasons more frivolous than practi¬
cal, the whys and wherefores of the term “octothorpe” continue to
elude even the most studied experts. The simple # is not nearly as
simple as it seems.

Unlike the pilcrow, whose lineage of Greek paragraphes and
Latin capitulum is witnessed plainly by a succession of ancient
manuscripts, and unlike the interrobang, whose creator thoughtfully
provided the definitive explanation of its etymology, solid clues to
both the # symbol’s appearance and its various names prove elusive.