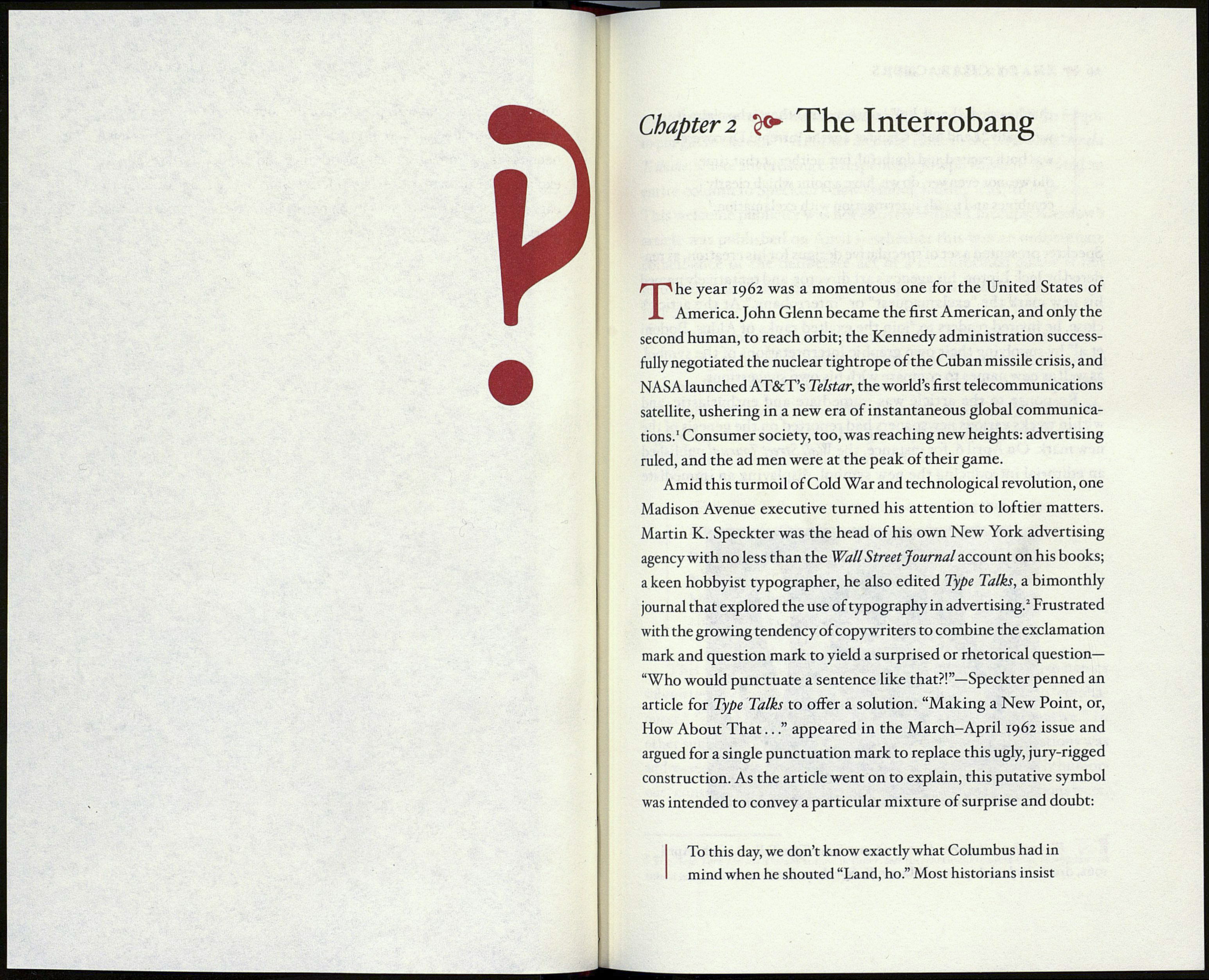 The year 1962 was a momentous one for the United States of
America. John Glenn became the first American, and only the
second human, to reach orbit; the Kennedy administration success¬
fully negotiated the nuclear tightrope of the Cuban missile crisis, and
NASA launched AT&T’s Telstar, the world’s first telecommunications
satellite, ushering in a new era of instantaneous global communica¬
tions.1 Consumer society, too, was reaching new heights: advertising
ruled, and the ad men were at the peak of their game.

Amid this turmoil of Cold War and technological revolution, one
Madison Avenue executive turned his attention to loftier matters.
Martin K. Speckter was the head of his own New York advertising
agency with no less than the Wall Street Journal account on his books;
a keen hobbyist typographer, he also edited Type Talks, a bimonthly
journal that explored the use of typography in advertising.2 Frustrated
with the growing tendency of copywriters to combine the exclamation
mark and question mark to yield a surprised or rhetorical question—
“Who would punctuate a sentence like that?!”—Speckter penned an
article for Type Talks to offer a solution. “Making a New Point, or,
How About That...” appeared in the March-April 1962 issue and
argued for a single punctuation mark to replace this ugly, jury-rigged
construction. As the article went on to explain, this putative symbol
was intended to convey a particular mixture of surprise and doubt:

To this day, we don’t know exactly what Columbus had in
mind when he shouted “Land, ho.” Most historians insist