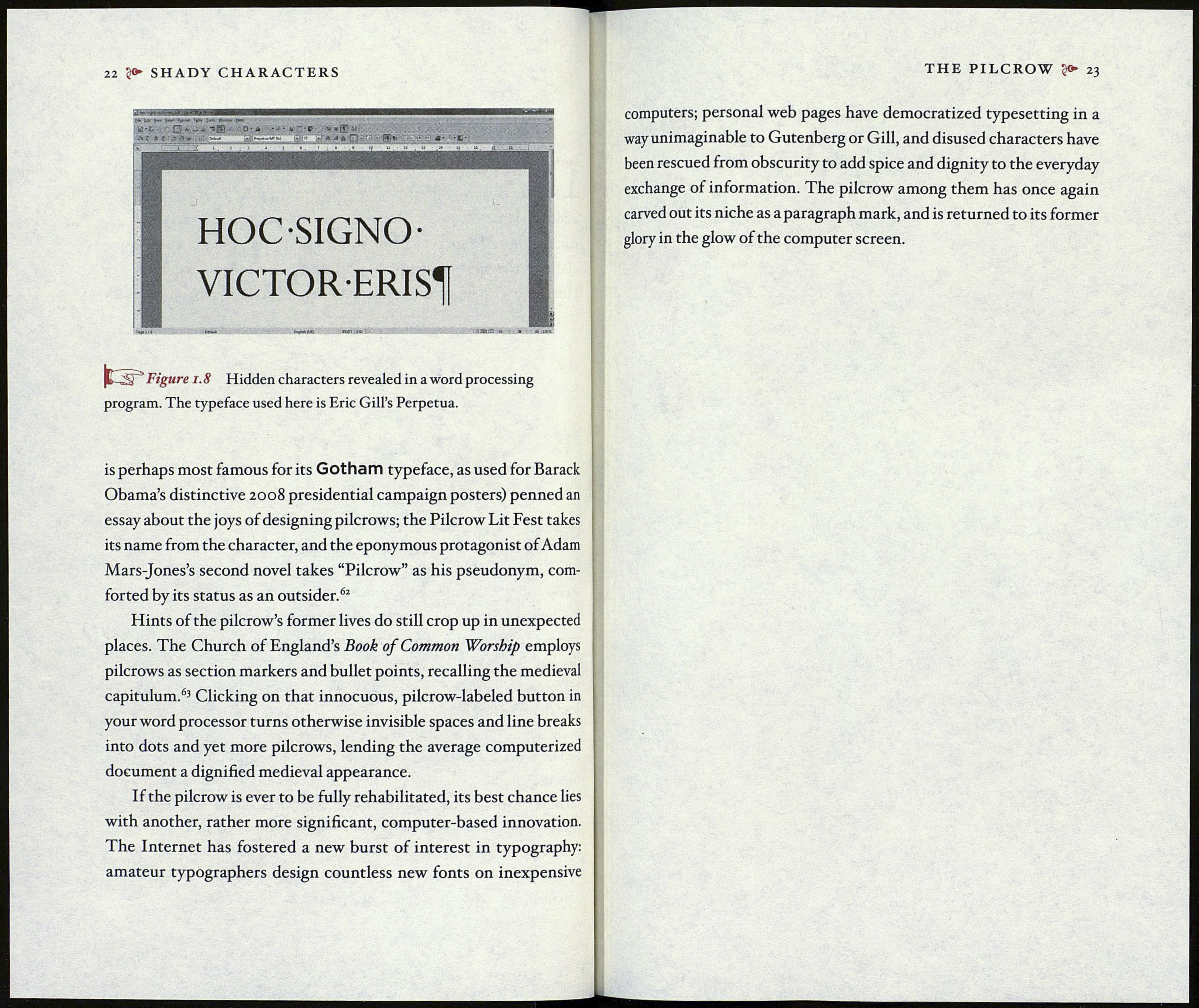 is perhaps most famous for its Gotham typeface, as used for Barack
Obama’s distinctive 2008 presidential campaign posters) penned an
essay about the joys of designing pilcrows; the Pilcrow Lit Fest takes
its name from the character, and the eponymous protagonist of Adam
Mars-Jones’s second novel takes “Pilcrow” as his pseudonym, com¬
forted by its status as an outsider.62

Hints of the pilcrow’s former lives do still crop up in unexpected
places. The Church of England’s Book of Common Worship employs
pilcrows as section markers and bullet points, recalling the medieval
capitulum.63 Clicking on that innocuous, pilcrow-labeled button in
your word processor turns otherwise invisible spaces and line breaks
into dots and yet more pilcrows, lending the average computerized
document a dignified medieval appearance.

If the pilcrow is ever to be fully rehabilitated, its best chance lies
with another, rather more significant, computer-based innovation.
The Internet has fostered a new burst of interest in typography:
amateur typographers design countless new fonts on inexpensive

computers; personal web pages have democratized typesetting in a
way unimaginable to Gutenberg or Gill, and disused characters have
been rescued from obscurity to add spice and dignity to the everyday
exchange of information. The pilcrow among them has once again
carved out its niche as a paragraph mark, and is returned to its former
glory in the glow of the computer screen.