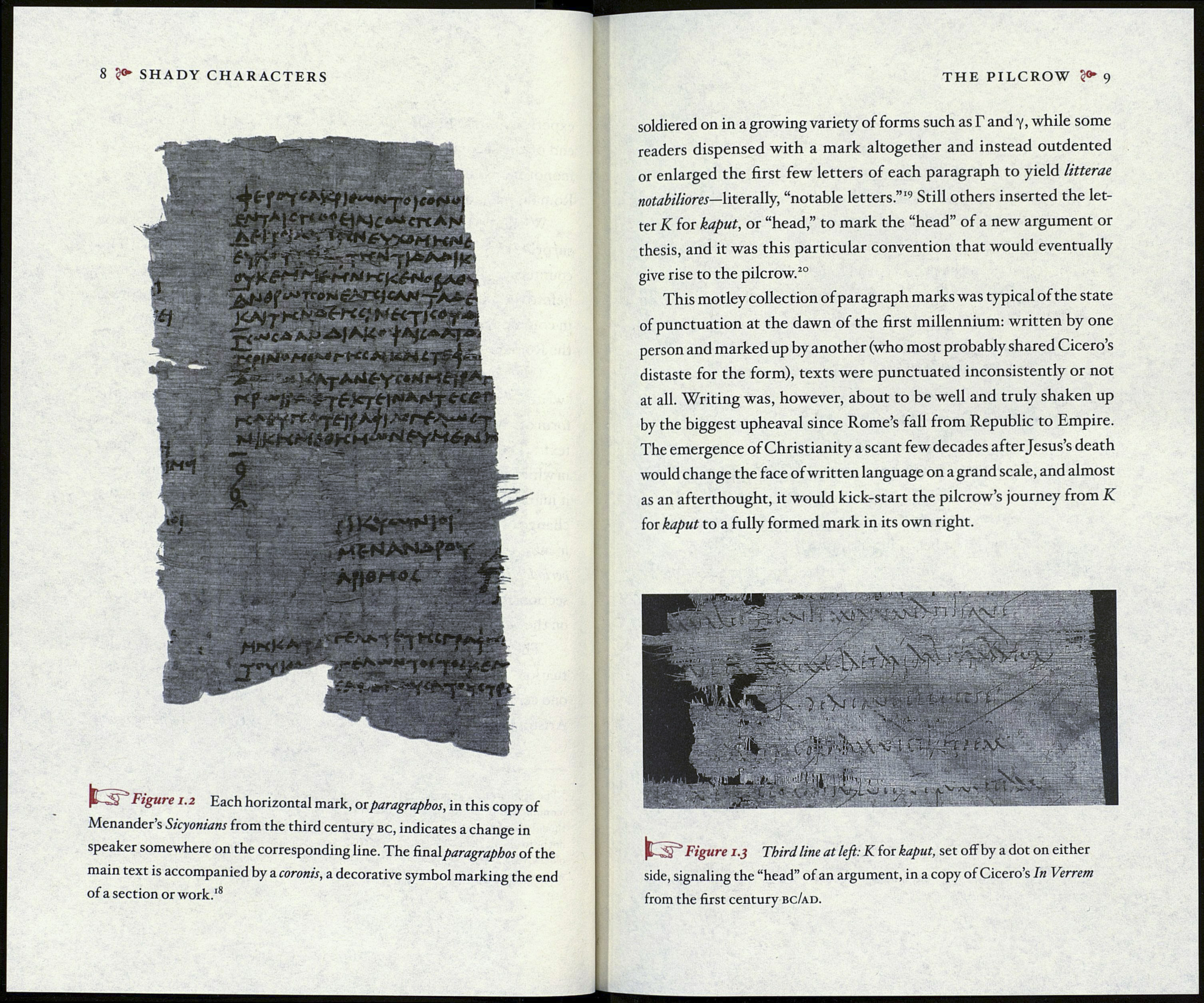 ft^ST Figure 1.2 Each horizontal mark, от paragraphes, in this copy of
Menander’s Sicyonians from the third century вс, indicates a change in
speaker somewhere on the corresponding line. The finalparagraphos of the
main text is accompanied by a coronis, a decorative symbol marking the end
of a section or work.’8

soldiered on in a growing variety of forms such as Г and у, while some
readers dispensed with a mark altogether and instead outdented
or enlarged the first few letters of each paragraph to yield litterae
notabiliores—literally, “notable letters.”'9 Still others inserted the let¬
ter К for kaput, or “head,” to mark the “head” of a new argument or
thesis, and it was this particular convention that would eventually
give rise to the pilcrow.20

This motley collection of paragraph marks was typical of the state
of punctuation at the dawn of the first millennium: written by one
person and marked up by another (who most probably shared Cicero’s
distaste for the form), texts were punctuated inconsistently or not
at all. Writing was, however, about to be well and truly shaken up
by the biggest upheaval since Rome’s fall from Republic to Empire.
The emergence of Christianity a scant few decades after Jesus’s death
would change the face of written language on a grand scale, and almost
as an afterthought, it would kick-start the pilcrow’s journey from К
for kaput to a fully formed mark in its own right.

It Figure 1.3 Third line at left: К for kaput, set off by a dot on either
side, signaling the “head” of an argument, in a copy of Cicero’s In Verrem
from the first century bc/ad.