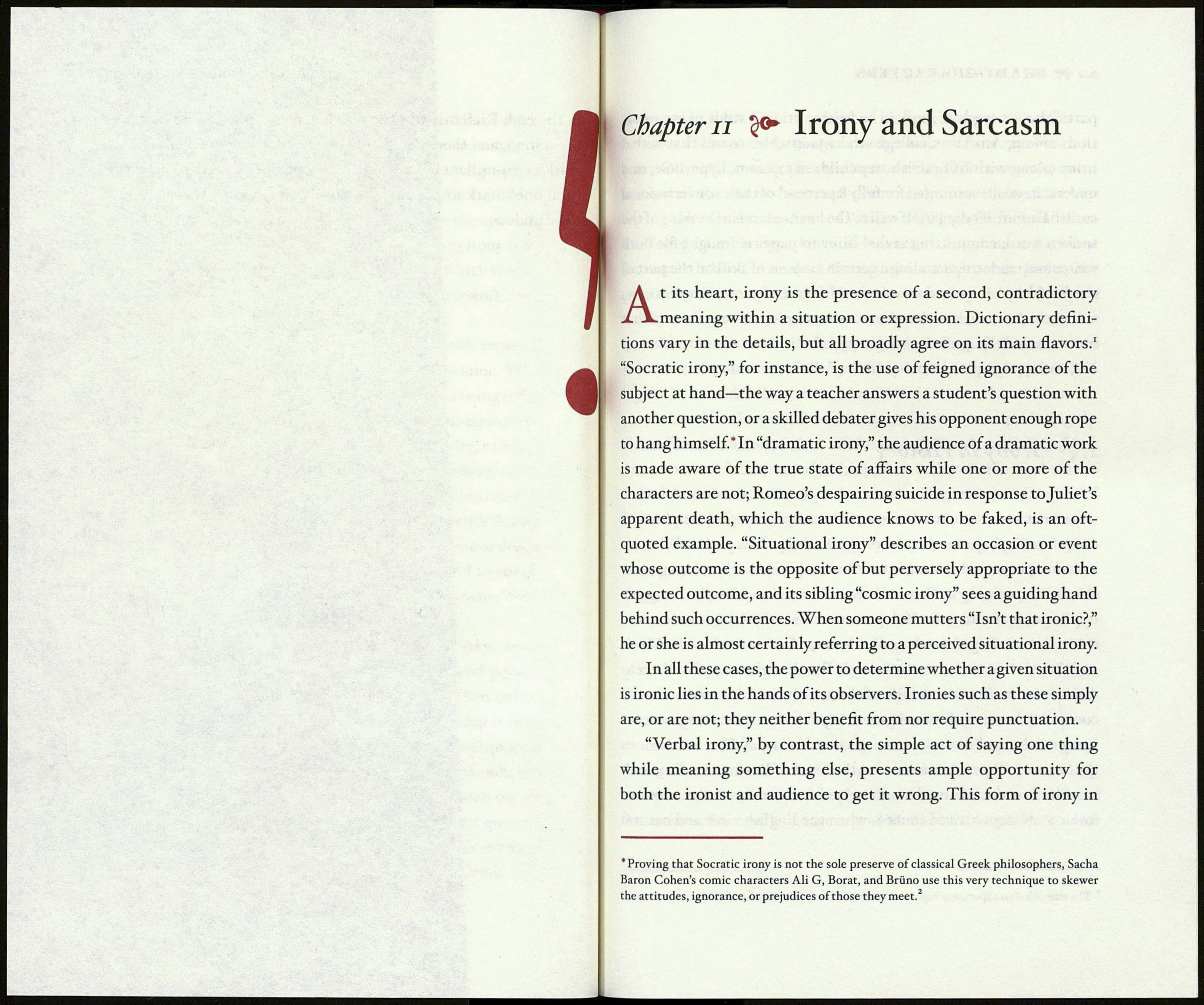 At its heart, irony is the presence of a second, contradictory
meaning within a situation or expression. Dictionary defini¬
tions vary in the details, but all broadly agree on its main flavors.1
“Socratic irony,” for instance, is the use of feigned ignorance of the
subject at hand—the way a teacher answers a student’s question with
another question, or a skilled debater gives his opponent enough rope
to hang himself.* In “dramatic irony,” the audience of a dramatic work
is made aware of the true state of affairs while one or more of the
characters are not; Romeo’s despairing suicide in response to Juliet’s
apparent death, which the audience knows to be faked, is an oft-
quoted example. “Situational irony” describes an occasion or event
whose outcome is the opposite of but perversely appropriate to the
expected outcome, and its sibling “cosmic irony” sees a guiding hand
behind such occurrences. When someone mutters “Isn’t that ironic?,”
he or she is almost certainly referring to a perceived situational irony.

I n all these cases, the power to determine whether a given situation
is ironic lies in the hands of its observers. Ironies such as these simply
are, or are not; they neither benefit from nor require punctuation.

“Verbal irony,” by contrast, the simple act of saying one thing
while meaning something else, presents ample opportunity for
both the ironist and audience to get it wrong. This form of irony in

* Proving that Socratic irony is not the sole preserve of classical Greek philosophers, Sacha
Baron Cohen’s comic characters Ali G, Borat, and Brüno use this very technique to skewer
the attitudes, ignorance, or prejudices of those they meet.2