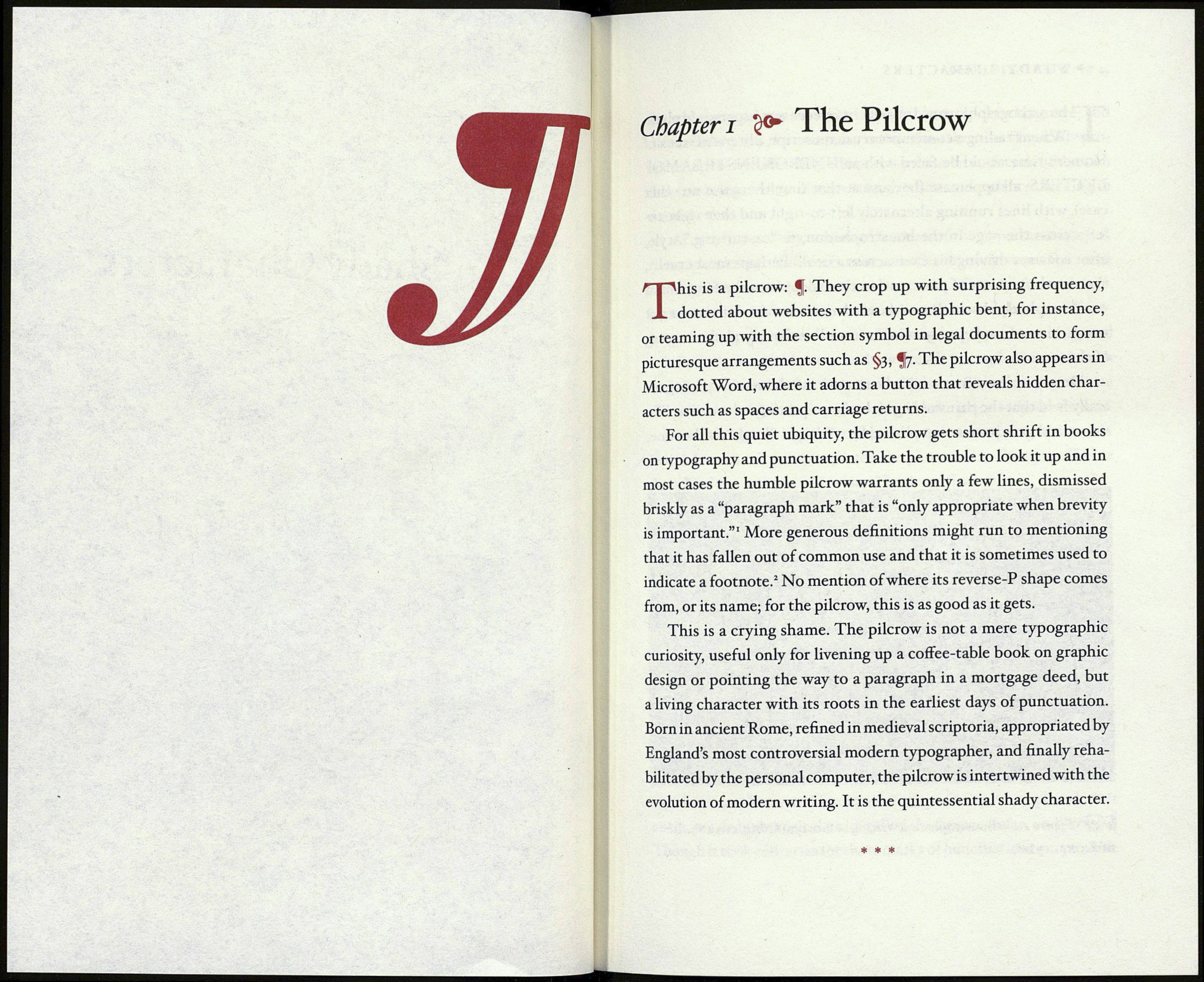 Chapter I The Pilcrow

This is a pilcrow: f. They crop up with surprising frequency,
dotted about websites with a typographic bent, for instance,
or teaming up with the section symbol in legal documents to form
picturesque arrangements such as §3, f(7. The pilcrow also appears in
Microsoft Word, where it adorns a button that reveals hidden char¬
acters such as spaces and carriage returns.

For all this quiet ubiquity, the pilcrow gets short shrift in books
on typography and punctuation. Take the trouble to look it up and in
most cases the humble pilcrow warrants only a few lines, dismissed
briskly as a “paragraph mark” that is “only appropriate when brevity
is important.”1 More generous definitions might run to mentioning
that it has fallen out of common use and that it is sometimes used to
indicate a footnote.2 No mention of where its reverse-P shape comes
from, or its name; for the pilcrow, this is as good as it gets.

This is a crying shame. The pilcrow is not a mere typographic
curiosity, useful only for livening up a coffee-table book on graphic
design or pointing the way to a paragraph in a mortgage deed, but
a living character with its roots in the earliest days of punctuation.
Born in ancient Rome, refined in medieval scriptoria, appropriated by
England’s most controversial modern typographer, and finally reha¬
bilitated by the personal computer, the pilcrow is intertwined with the
evolution of modern writing. It is the quintessential shady character.