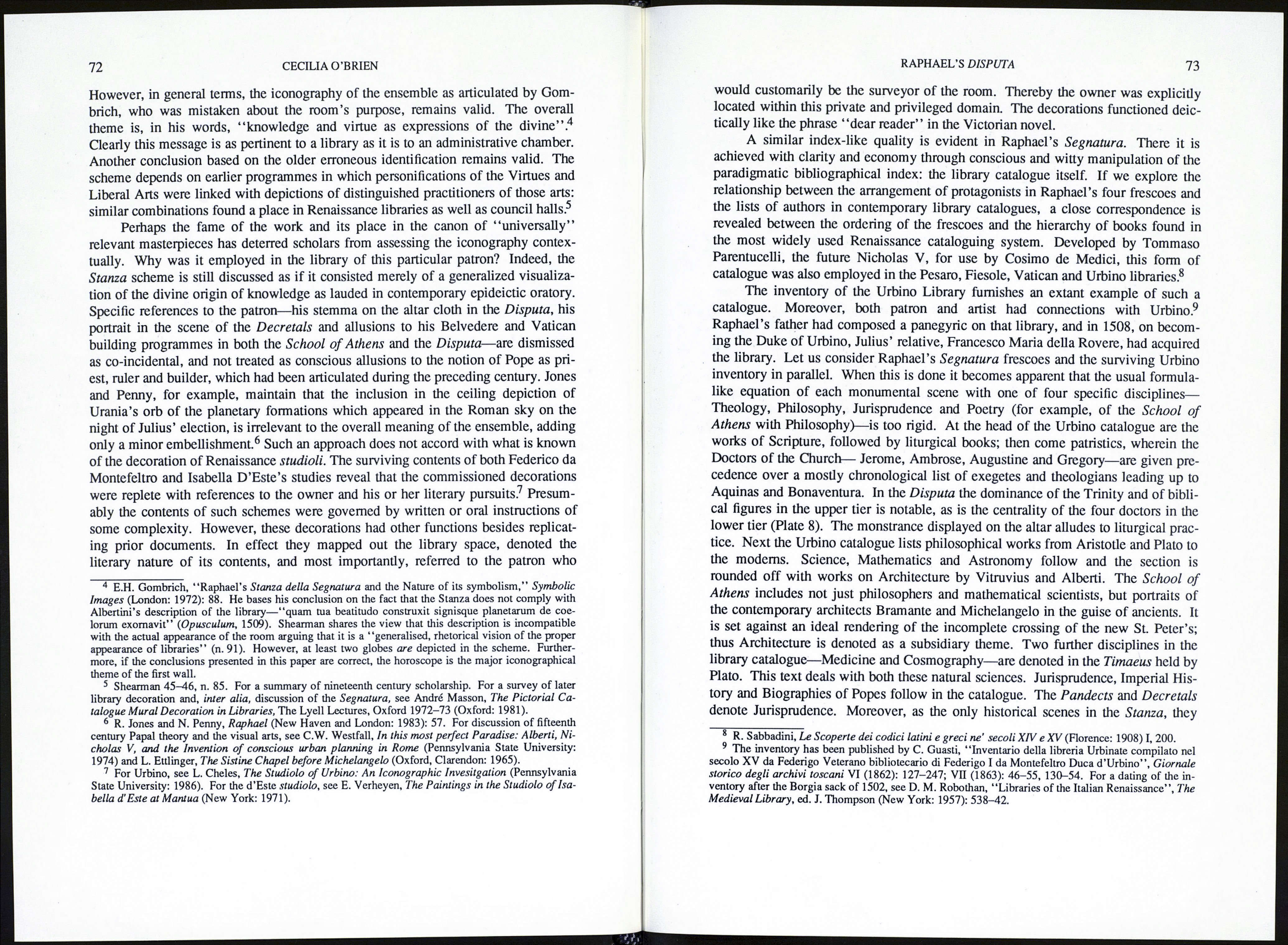 Renaissance Books and Raphael’s
Disputa : С on totalizing the Image

In a recent article Sandra Hindman compared approaches to the study of Italian
Renaissance art with those used in the area of Northern European Art.1 She indicated
that Panofsky had bestowed his imprimatur on a methodology which places strong
emphasis on the relationship between Franco-Flemish miniatures and Netherlandish
panel painting. On the other hand, the study of Italian Quattrocento illumination
remains an esoteric preserve, an enclave set apart from the discourses of “main¬
stream” art history.

But the patrons themselves had different priorities. In forming the famous
libraries which best exemplify their particular tastes and ambitions, they spent lav¬
ishly on decorated manuscripts. Hence the following examination of the decoration
of a Renaissance library attempts to demonstrate the possibility of constructing
bridges which link the study of the monumental arts with that of the Renaissance
book.

Marshalling archival and archaeological evidence, John Shearman has shown
that the so-called Stanza della Segnatura was intended to house the private library
and study of Julius II.2 Thus the designation “Segnatura”, with its administrative
nuances, reflects a later use of the chamber. Shearman has pointed to some aspects
of the iconography that are indicative of the room’s original function: the presence
of Apollo may recall the traditional dedication of libraries to this deity, and the divi¬
sion into disciplines evokes similar categories in contemporary library cataloguing
practice.3 Others have pointed to the sheer number of books depicted in the Stanza.