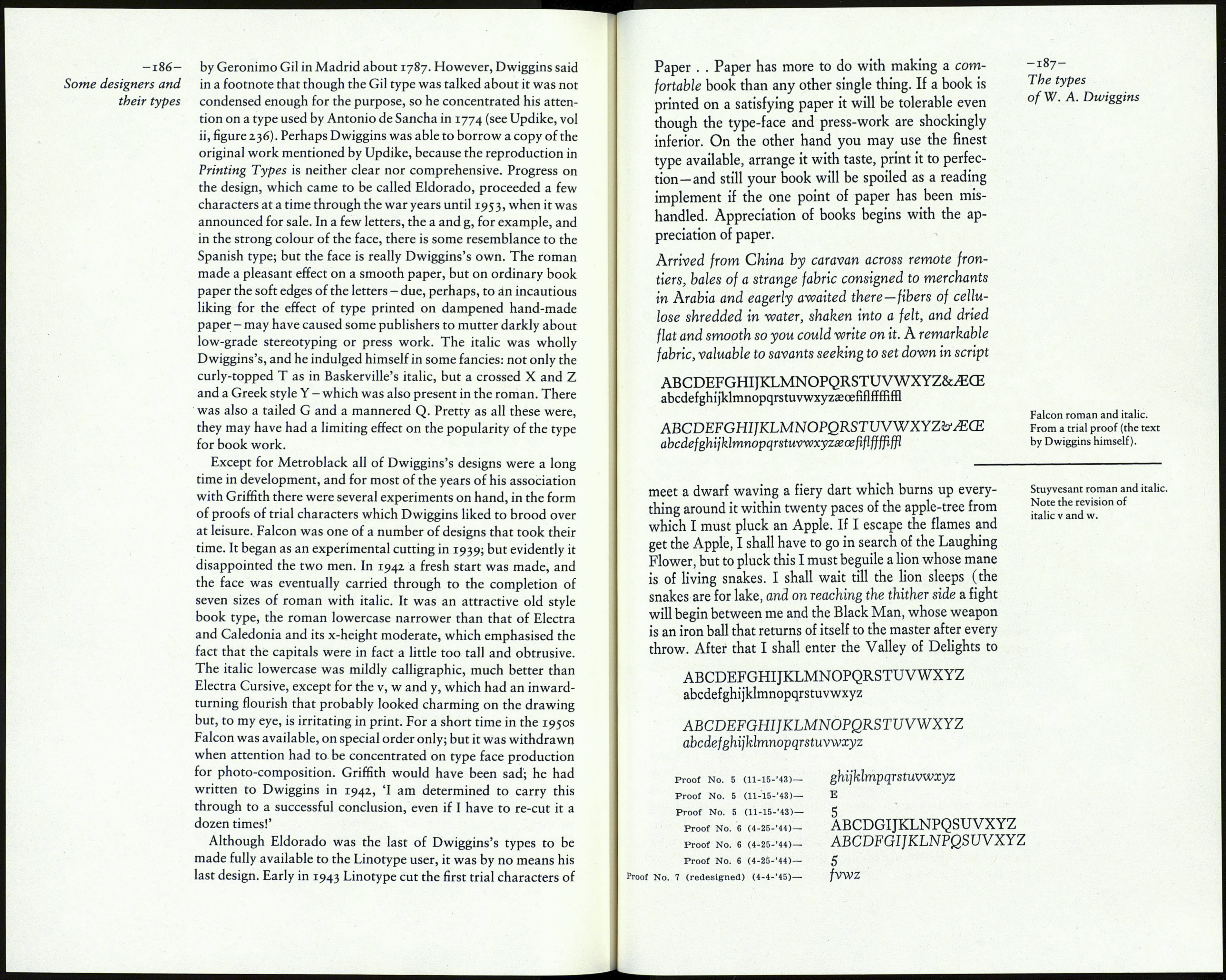 This comes to us from a fine
woman in Chicago. It seems that
the junior boys of the settlement
house in Chicago—you know the
one—were rehearsing "Treasure
Island" and found themselves
without enough guns for the de-
fense-of-the-stockade scene. Next
night one of the youths showed
up with a bulky newspaper pack¬
age. It contained seven .32-caIibre
automatics. "We c'n use 'em for
the rehearsals," he said, "but not

Three bright little boys en¬
tered the Metropolitan Museum
one day, and made for the Egyp¬
tian exhibits, where they told an
attendant they had come to see
"the dead men." He showed them
where the mummies were, and
they stood in front of the cases for
about 15 minutes, just looking. As
they were going out, one of the
innocents approached the atten¬
dant and asked, "You kill them
and stuff them yourself?"

be unassertive but with just enough character to avoid dullness.
(The fact that Times Roman was created as a newspaper type and
267D was intended as a text face for magazines and paperbacks
does not affect the comparison. Times Roman achieved its
popularity chiefly in general printing, not in newspaper work.)
At first sight the roman lowercase of 267D has some similarity to
Times Roman, due to its narrowness and its modified old style
appearance; but it only needs a few moments study to recognise
that it is in no sense an imitation of it. Indeed, in its details the
face shows more affinity (unintentional, no doubt) with
Dwiggins's own Eldorado, a type we shall meet shortly. The
capitals (except for the Q) are superior to those of Times Roman
- narrow and of the right weight to harmonise with the
lowercase. The italic needed some revision; the a was out of
proportion with d, the closed top of w muddled the identity of the
letter, the tail of y, which should be the distinguishing feature of
the letter, was insufficient. Compared with most types the roman
of 267D was distinctly weighty, and since the face was also nar¬
row it would have been difficult to design a bold companion for
duplexing with the roman with enough weight for adequate con¬
trast yet with interior spaces open enough for clarity in printing;
a problem which did not actually arise, because although work

on the project was resumed for a spell in 1947 the type was never -in¬
completed. There would be no such difficulty in designing a bold The types
version should the type be brought out of obscurity and made ofW. A. Dwiggins
available for filmsetting. The thought has much to recommend it.
Considering how emaciated some text faces become in modern
offset printing the strength of the 267D face would be very
welcome.

Spaces and areas seen together in a group do something to
the eye, much in the same way that musical tones heard to¬
gether do something to the ear. You can hear harmonies and
discords, and you can see harmonies and discords. Why har¬
monies please and discords disturb is still a moot question —
the fact is that they do. In music, if your sense of "pitch" is
good, you are aware of a harmony immediately and without
question, and with a like certainty you mark down a discord.

Under the conditions that control the manufacture and sale
of trade'edition books it is not possible to turn out a product
that represents the highest possible achievement of the booh
making art... With no limits set on time and money spent,
a book can be made a work of art of the first rank. Paper: a
felt as pleasant to the touch and as beautiful to the eye as the
finest woven fabric, firm, pliable, enduring. Type: the most
legible and graceful letter-shapes that the typefounder can

Like Experimental 267D the Eldorado type began in 1942, and
it is not surprising, as already said, that there are similarities in
the two types, and not only because both of them are narrow by
intention. According to a note written by Griffith in 1951 there
were two motives for setting the work in motion. One was the
need to supply printers with a type which would provide the
maximum degree of spatial economy, in view of governmental
restrictions in the world war period. The other was a desire
expressed by South American publishers for a book type
which would reflect in an authentic manner some of the flavour
of Spanish typographic tradition. When these points were put to
Dwiggins he turned to Updike's Printing Types and, according to
Griffith (quoted in a specimen booklet issued by Mergenthaler
Linotype in 1953) Dwiggins found a suitable model in a type cut