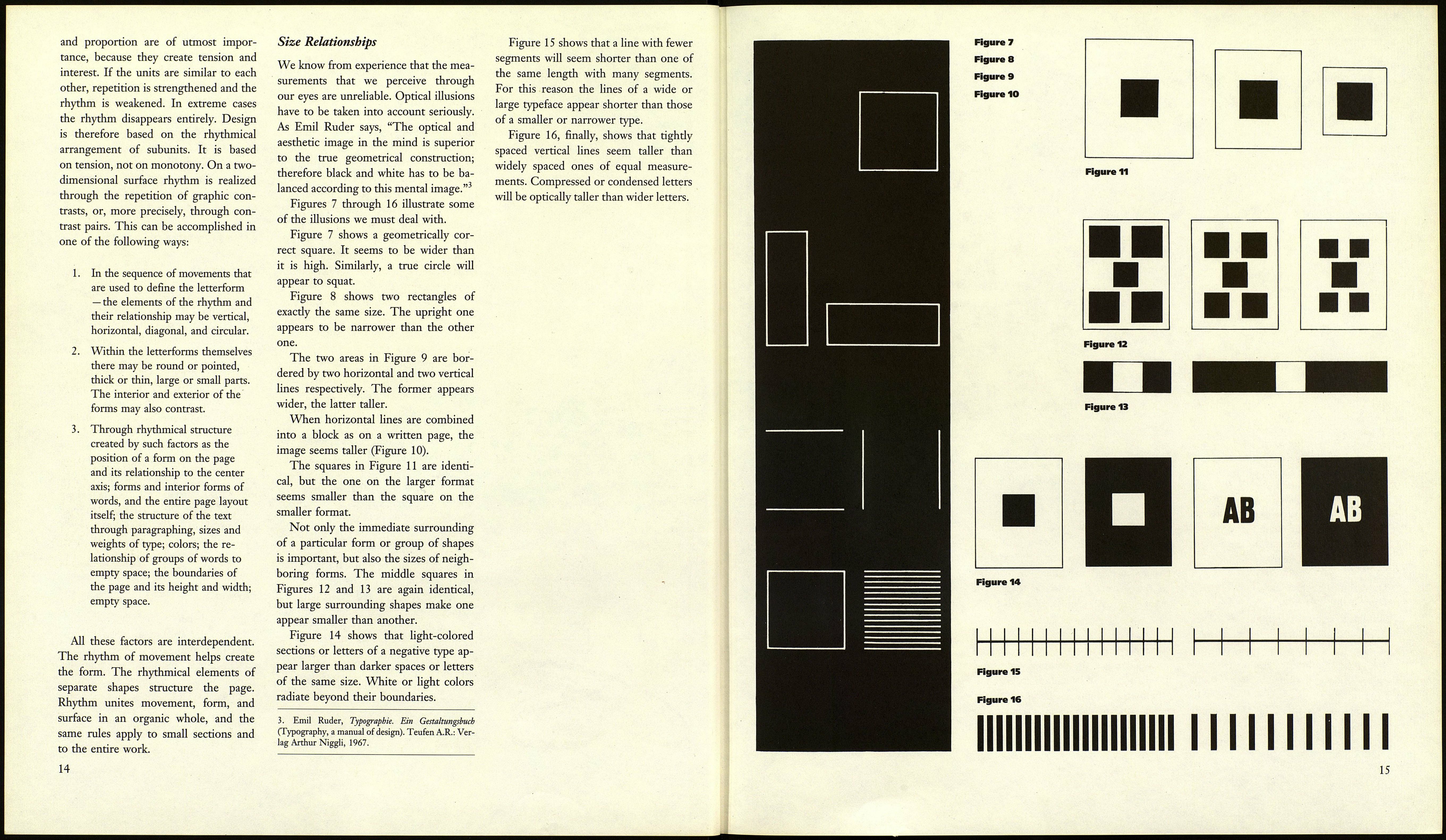 2 A page from the Manuale Tipografico by
Giambattista Bodoni. Parma, 1818.

3 A page from Der Wassermann by F.H. Ernst
Schneidler.

4 The letter A in the style of a roman capital.

Writing serves communication. It does
so direcdy by making language visible,
and indirecdy by relating aesthetic val¬
ues. Every letter and every functional
unit of writing represents a sound of
language and has its own visual value.
Readability is the function of writing; its
visual appearance is the form. The con¬
nection of form and readability consti¬
tutes design. "Good lettering requires
as much skill as good painting or good
sculpture. . . . The designer of letters,
whether he be a sign painter, a graphic
artist or in the service of a type foundry,
participates just as creatively in shaping
the style of his time as the architect or
poet," wrote Jan Tschichold.1 The range
of possibilities in the Western art of
writing reaches from ancient Roman
inscriptions and Bodoni's Manuale Tipo¬
grafico to the designs of Schneidler and
Gaul, where words are mere pretexts for
design opportunities; it includes the
classical letterforms of Trajan's Column
as well as the decorative and playful ini¬
tials of Neudôrffer or Frank, the clear
and somber shapes of the sans serif,
and the alphabet written by Karlgeorg
Hoefer with bold strokes of the brush.
The examples in Figures 1 through 6
and others in Chapter 4 of this book
show that optimal readability is not the
only possible aim of writing. Every spe¬
cific situation, every artistic intention,
requires that form and readability be
balanced against each other. The laws
of formalism exert themselves in the
creation of single letters, in the relation
of letters to each other and in their com¬
bination as a typeface.

These laws can be learned as a "gram-

mar of design," in Walter Gropius's
words,2 but they are nothing more than
the necessary prerequisites for the vis¬
ualization of creative thought. Creativity
itself is not based on the application of
rules alone. To form and to shape would
remain mere dexterity but never mature
to an art if it were not for the specific
aspects of individual talent, which —if
present—can be developed and guided
but never learned.

Every effect depends on contrasts, which
appear either as pairs or alone. In the
latter case an association is formed in
our minds which completes the contrast
that is assumed to be known.

In design we are always dealing with
contrast pairs. Every measure needs a
countermeasure to activate it. In relation
to writing this means that the design
unfolds on an empty page, the contours
of the letters become visible only against
the background of the white paper. Dark
groups of letters draw their expressive
value from juxtaposition with lighter
ones. Large units look large only in rela¬
tion to small ones, excitement needs
repose, the effect of a color is influenced
critically by adjacent colors.

The second element of design is rhythm.
This may be created by regular repe¬
tition of like units or by repetition of
similar units in opposition. If certain ele¬
ments are stressed above the others,
rhythmical values are increased. Spacing