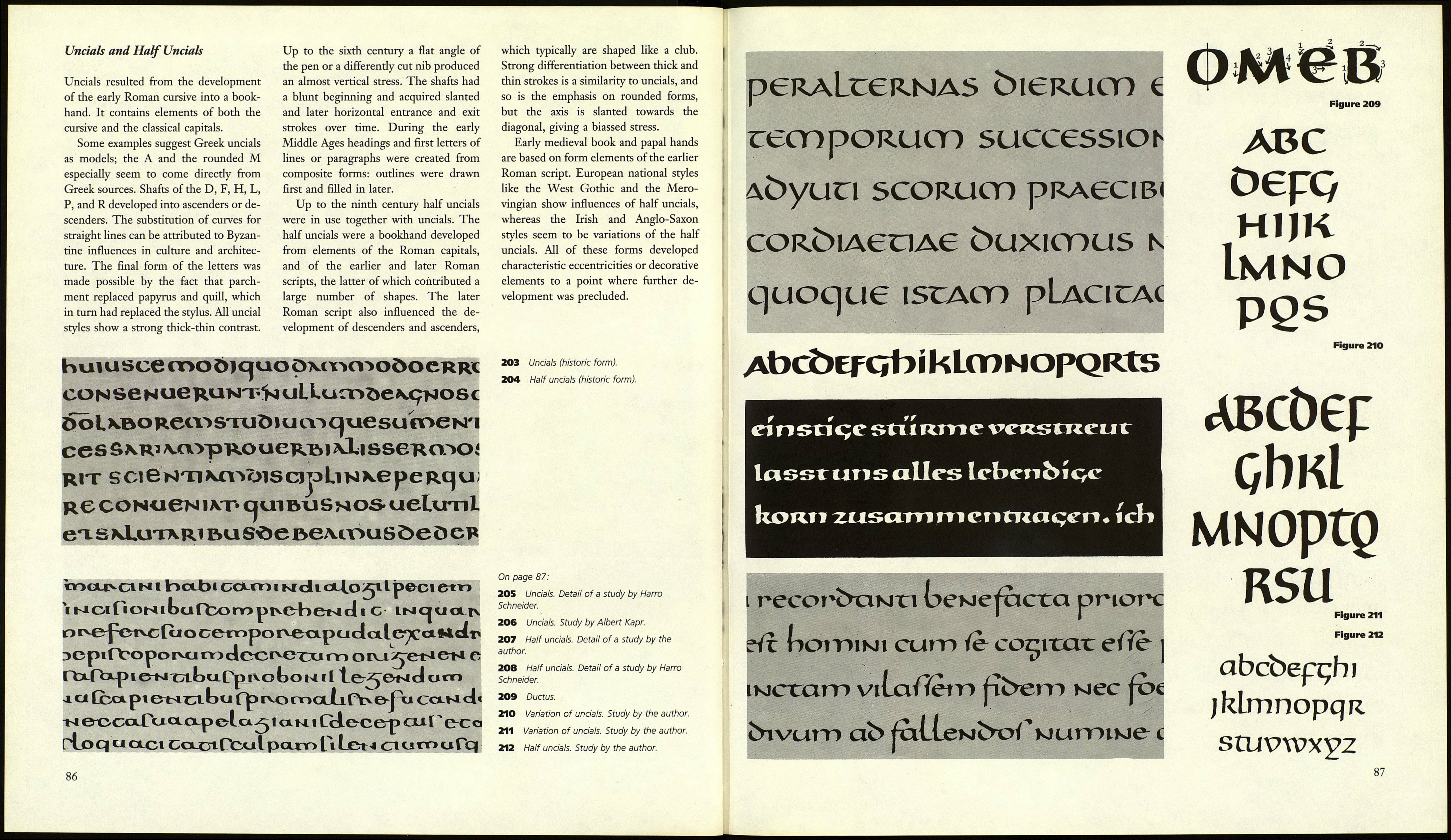 Quadrata, or square capitals, were the
other form of lettering used for manu¬
scripts in the ancient world. Muzika re¬
fers to new research when he call them
"a paraphrase of Roman monumental
capitals." Parchment fragments can be
dated back to the fourth and fifth cen¬
turies, and the style was used for head¬
ings up to the eleventh century.

Square capitals are not constructed
and should present no special difficul¬
ties, since the basic forms are practically
identical to those of the sans serif roman
of different stroke widths discussed in
Chapter 2. The only difference is the
angle at which the pen is held, which is
flatter.

Epigraphs and books were lettered in
formal scripts. Almost all of them show

variations in handwriting style which are
of great importance to the development
of lettering as a whole. All cursive styles
belong in this category and were devel¬
oped in response to the need for speed
in writing. The resulting changes of
basic forms include: simplification of
basic shapes, connection of letters with
each other, ligatures, and, on occasion,
slanted letters. To maintain legibility as
letters became more uniform, ascenders
and descenders were developed.

The earlier Roman script was in daily
use for manuscripts throughout anti¬
quity. The simplified letters of the monu¬
mental Roman capitals were scratched
into wax tablets with a stylus or onto
papyrus with a calamus. By the fourth
century A.D. the Roman cursive style had
developed into a full alphabet of minus¬
cules with ascenders and descenders. Dif¬
ferent national variations of it existed
until the time of the late Carolingians.

201 Quadrata. Study by the author.