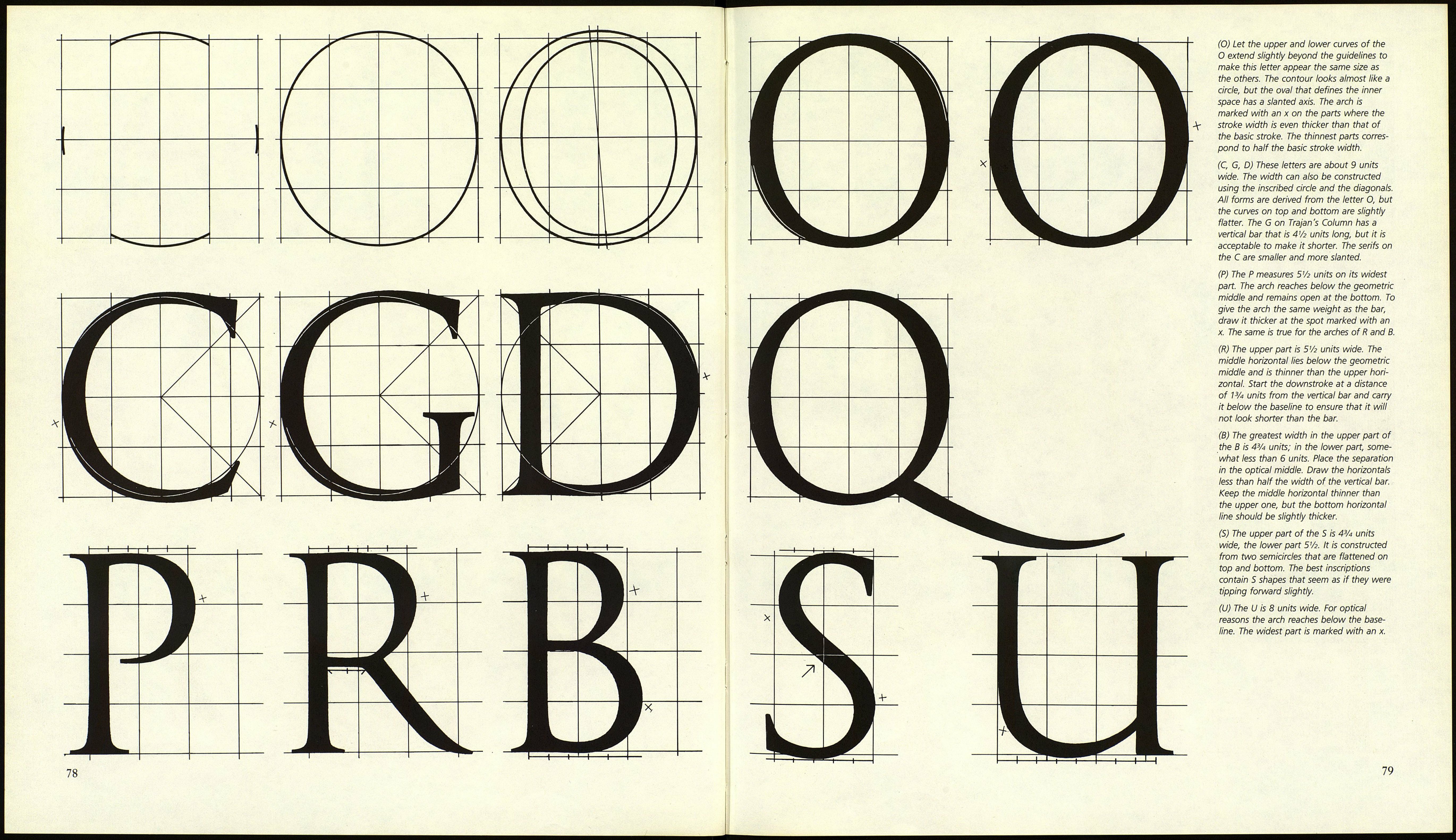 (H) Use a width of about 8 units. Draw the
crossbar on the middle line.

(T) The crossbar is 8 units wide. Its thick¬
ness is two-thirds that of the vertical stem.
The angles of the serifs are slightly different.

(E) The width of the upper crossbar is 4%
units; the middle bar is somewhat shorter,
the bottom bar somewhat longer and
wider than the upper bar. The bottom bar
ends in a slanted serif.

(F) Draw the F somewhat wider than the E.
Place the second crossbar lower than that
of the E.

(L) Make the crossbar of the L 5Ѵз units
wide. The letter looks more beautiful if it is
wider than the E.

(A) The base is 8 units wide. The crossbar is
half the width of a the basic stroke.

(N) The N is 8 units wide. The width of the
vertical lines is three-quarters that of the
basic stroke.

(W) The W consists of two connected
V-shapes, but the interior spaces are some¬
what narrower. It is also possible to create
the W from interlocking Vs. In this case the
interior space of the Vs is not diminished,
but the slant of the inner diagonals has to
be flatter than that of the outer ones to
ensure that the middle triangle is not too
small.

(K) The К may be drawn with a straight
downstroke or with one that is slightly
curved, like that of an R. Use two-thirds of
the basic stroke width for the upper
diagonal. Both diagonals meet in the opti¬
cal center. Draw the lower part of the letter
one unit wider than the upper part.

(X) The upper width of the X is about 7
units. The thinner diagonal is half as wide
as the basic stroke.

(Y) The width of the Y is Ш to 8 units.
The diagonals meet at the geometric mid¬
dle, so the interior space is larger than the
space inside the upper part of the X.

(Z) A width of 8 units is appropriate. Draw
the horizontal lines half as thick as the
diagonal, and the lower serif more slanted
than the upper.