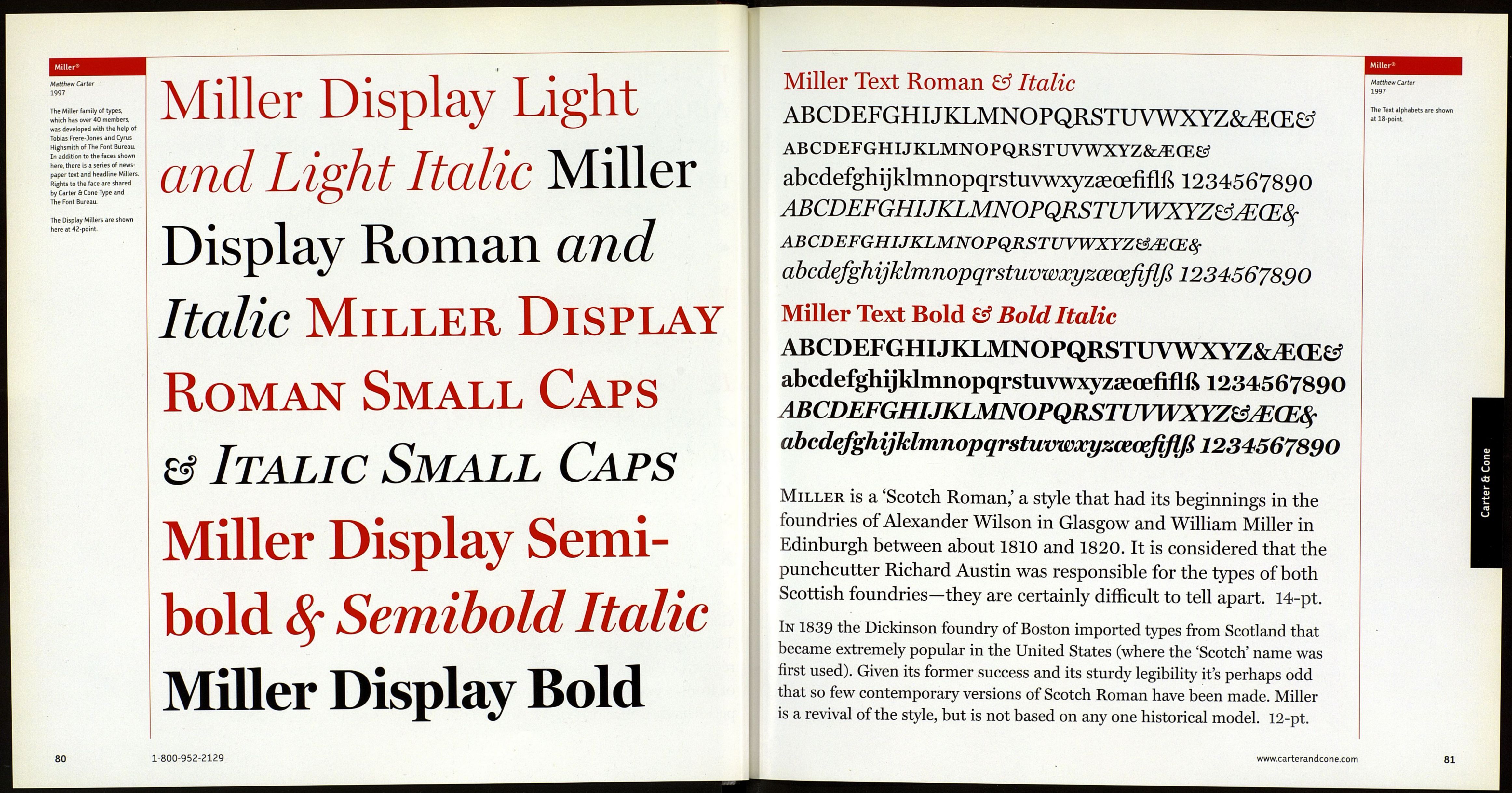 The alphabets are set at
20-point.

Fenway was commissioned by Sports Illustrated to replace Times
Roman as the text face of the magazine. It has a stronger color than
Times but an equivalent character count, achieved in part by making
the capitals more compact. The copy-fitting issue was critical: the
writers and editors insisted that the new text face should get as many
words on the page as Times had delivered. 14-point.

One important aspect of Fenway was the design of the Roman Small Capitals.
These were intended mainly for setting ACRONYMS, very common in the text of
the magazine, and were made slightly bigger, therefore, than the small capitals
conventionally found in typefaces for books. 12-point.

The figures, which occur very frequently in the magazine as dates, scores, averages and other
statistics, are a hybrid between the ranging capital form (too prominent, as in Times) and the
old-style lowercase form (too literary). Fenway was introduced in February 1998. 10-point.

Galliard was designed as a four-weight family for Mergenthaler Linotype in 1978.
Three years later it was acquired by the International Typeface Corporation ancb
re-released as ITC Galliard. The Carter & Cone digitization of the regular weight"
of Roman and Italic, done in 1992, includes the flourished final letters and other"
peculiars that were part of the original photocomposition fonts. i2-poinr_j

Galliard is a revival of the types
of the sixteenth-century French
punchcutter Robert Granjon.

There are 11 fonts in the Carter
& Cone version of ITC Galliard.
Not shown here is a font of
Roman old-style figures on uni¬
form width for setting tables.