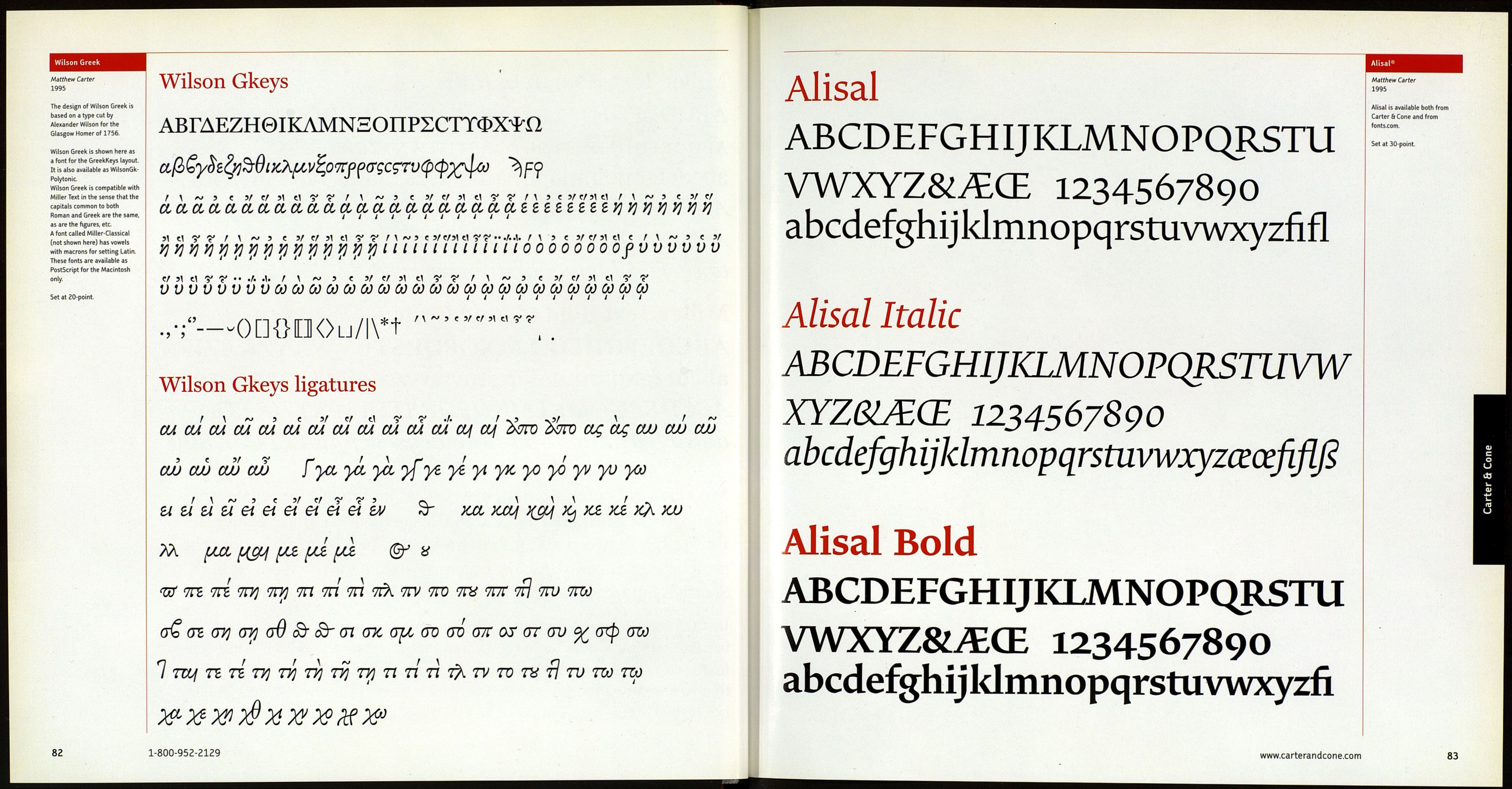 The Miller family of types,
which has over 40 members,
was developed with the help of
Tobias Frere-Jones and Cyrus
Highsmith of The Font Bureau.
In addition to the faces shown
here, there is a series of news¬
paper text and headline Millers.
Rights to the face are shared
by Carter 6 Cone Type and
The Font Bureau.

The Display Millers are shown
hereat42-point.

Miller is a 'Scotch Roman/ a style that had its beginnings in the
foundries of Alexander Wilson in Glasgow and William Miller in
Edinburgh between about 1810 and 1820. It is considered that the
punchcurter Richard Austin was responsible for the types of both
Scottish foundries—they are certainly difficult to tell apart. 14-pt.

In 1839 the Dickinson foundry of Boston imported types from Scotland that
became extremely popular in the United States (where the 'Scotch' name was
first used). Given its former success and its sturdy legibility it's perhaps odd
that so few contemporary versions of Scotch Roman have been made. Miller
is a revival of the style, but is not based on any one historical model. 12-pt.

The Text alphabets are shown
at 18-point