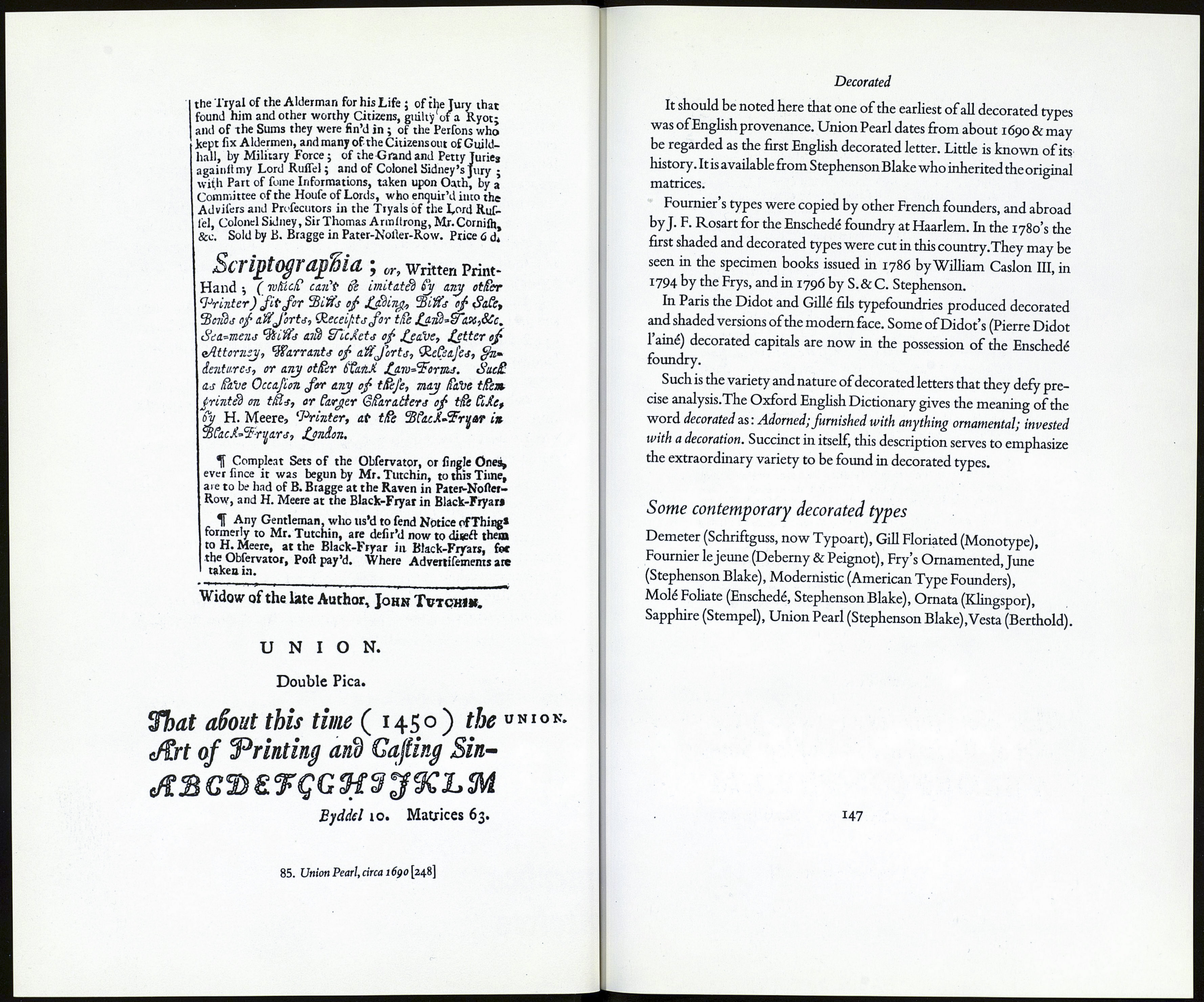 The history of decorated letters—from the lapidary inscriptions of the
fourth century up to the present day—has been traced in some detail
by Mr Stanley Morison in his article on decorated types.1 Here it will
be sufficient to note that decorated capitals were first used in printing
during the 1450's. In those early days they were used singly, i.e. as initial
letters only. Had title-pages then been part of the book it is possible
that decorated letters might have been used on them for the composi¬
tion of complete words or lines.

From about the middle of the sixteenth century French writing mas¬
ters were showing specimens of a variety of ornamented or decorated
letters in their writing manuals (some of these books were printed from
wood-engravings, others from copper plates) and French scribes con¬
tinued to produce all kinds of ornamented letters during the seven¬
teenth and eighteenth centuries. Mr Morison refers readers to 'A re¬
markably various collection oflettresfleuragées of a most delicate kind'*
intended for the use of goldsmiths and jewellers which was published
in M. Pouget fils : Dictionnaire de Chifres et de lettres ornées a l'usage de tous
lesartistes. (Paris i7Ó7).What may have been the first French decorated
capitals in type form date from 1680, but the real pioneer of decorated
letters in typography was Pierre Simon Fournier whose first ornament¬
ed types appeared circa 1749. By the time Fournier had published his
Manuel Typographique (1764-1766) he had cut nine different decorated
and shaded letters in sizes ranging from 6 point to approximately 108 pt
and shows specimens of them therein.