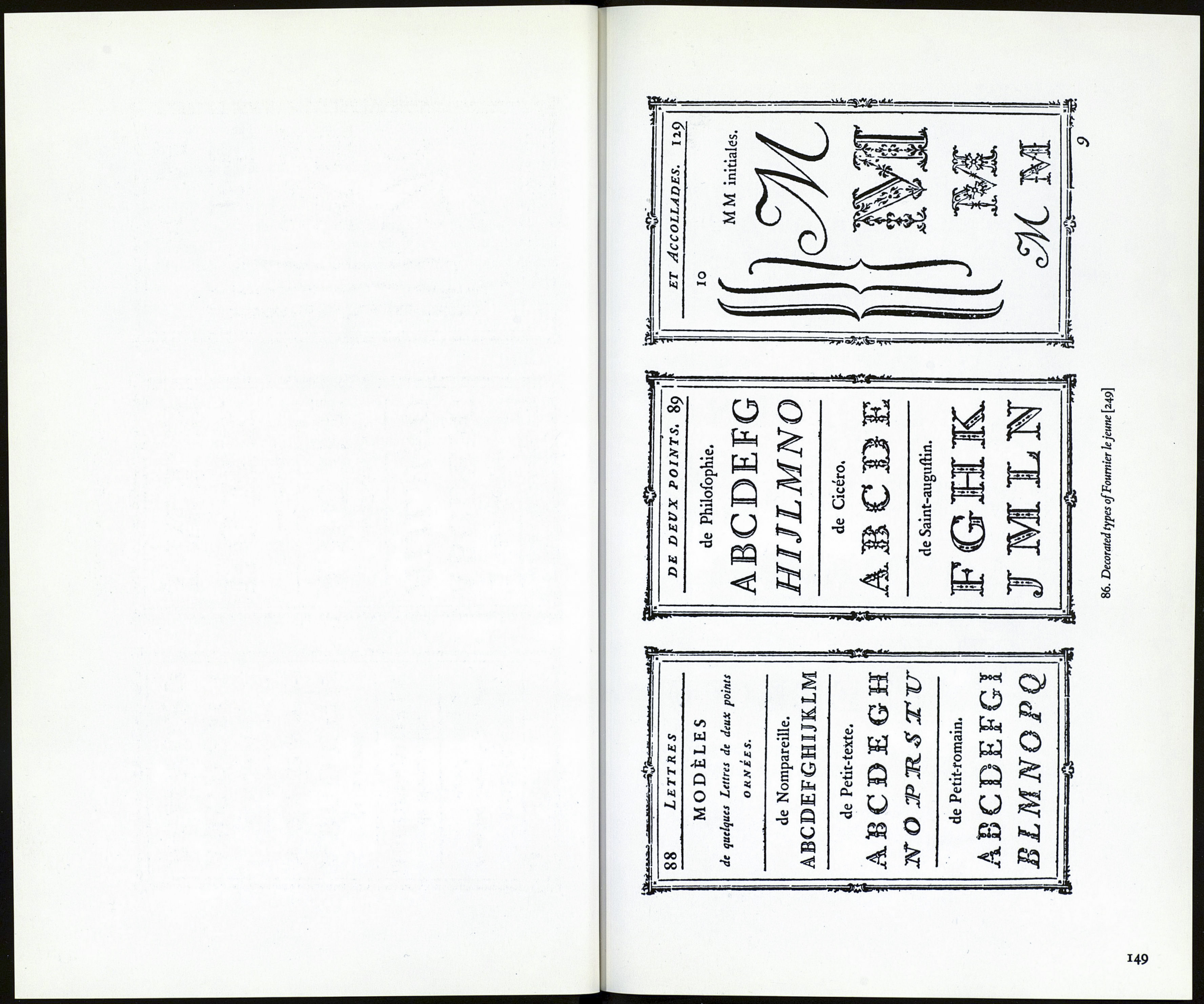 the Tryal of the Alderman for his Life ; of the Jury that
found him and other worthy Citizens, guilty of a Ryot;
and of the Sums they were fin'd in ; of the Perfons who
kept fix Aldermen, andmany of the Citizens out of Guild¬
hall, by Military Force ; of the Grand and Petty Jurie»
againftmy Lord Ruflel ; and of Colonel Sidney's Jury ;
with Part of fome Informations, taken upon Oath, by a
Committee of the Houfe of Lords, who enquir'd into the
Advilers and Prtfecutors in the Tiyals of the Lord Ruf¬
lel, Colonel Sidney, Sir Thomas Armitrong, Mr. Cornifli,
&c. Sold by B. Bragge in Pater-Nolier-Row. Price 6 d*

\ Compleat Sets of the Obfervator, or fingle Ones,
everfince it was begun by Mr. Tutchin, to this Time,
are to be had of B. Biagge at the Raven in Pater-Nofter-
Row, and H. Meere at the Black-Fryar in Blâck-Fryar»

It should be noted here that one of the earliest of all decorated types
was of English provenance. Union Pearl dates from about 1690 & may
be regarded as the first English decorated letter. Little is known of its
history. It is available from Stephenson Blake who inherited the original
matrices.

Fournier's types were copied by other French founders, and abroad
by J. F. Rosart for the Enschedé foundry at Haarlem. In the 1780's the
first shaded and decorated types were cut in this country.They may be
seen in the specimen books issued in 1786 by William Caslon III, in
1794 by the Frys, anditi 1796 by S.&C. Stephenson.

In Paris the Didot and Gillé fils typefoundries produced decorated
and shaded versions of the modern face. Some of Didot's (Pierre Didot
l'ainé) decorated capitals are now in the possession of the Enschedé
foundry.

Such is the variety and nature of decorated letters that they defy pre¬
cise analysis.The Oxford English Dictionary gives the meaning of the
word decorated as: Adorned¡furnished with anything ornamental; invested
with a decoration. Succinct in itself, this description serves to emphasize
the extraordinary variety to be found in decorated types.