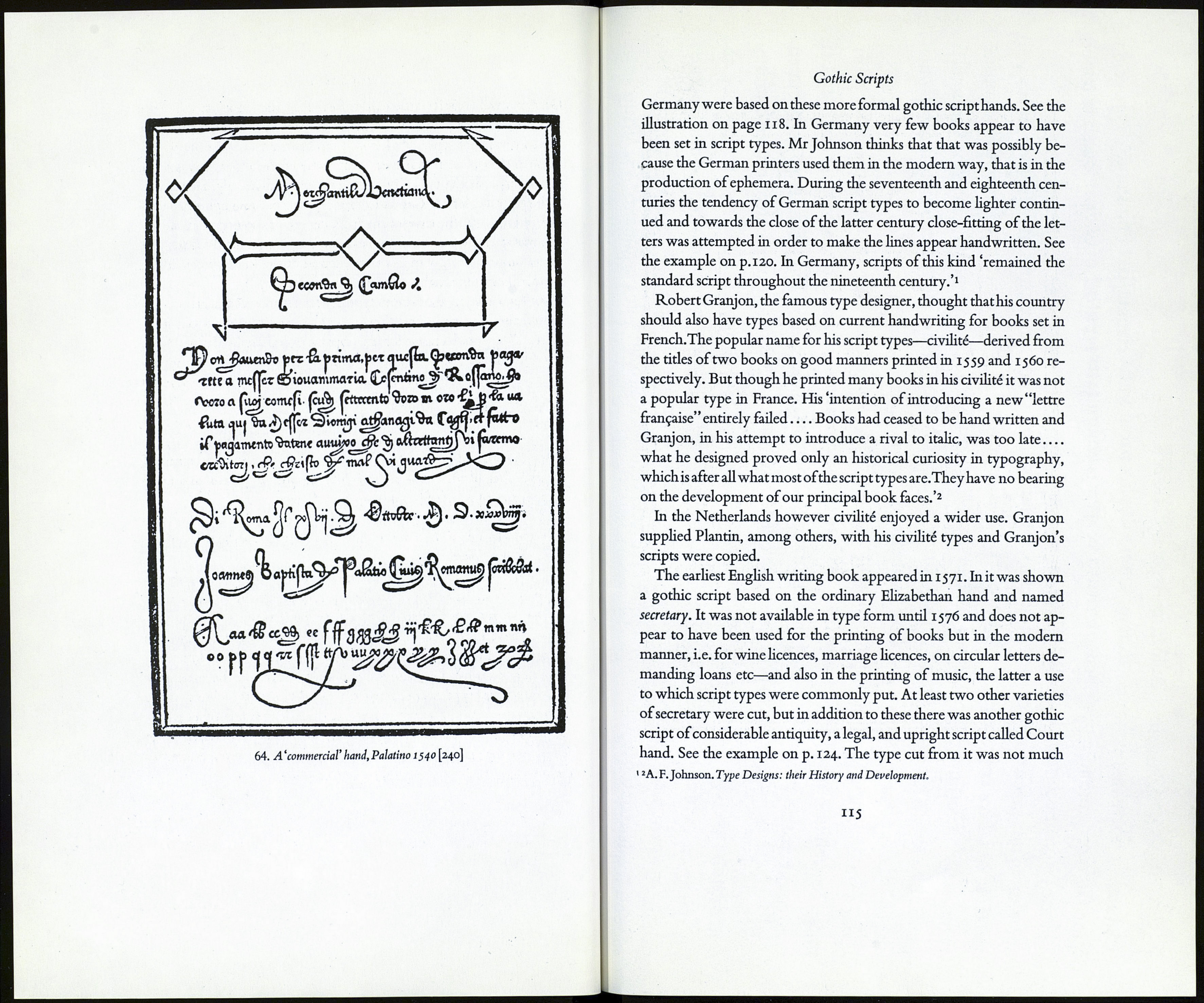 Mr Johnson describes a script type succinctly as '... one cut in imitation
of current hand-writing, not of the cursive book hands (e.g. Arrighi's
Chancery hands), but of the ordinary script in everyday use.. .As the
scripts are based on current handwriting, they fall, Ике the hands, into
the two divisions of gothic or mediaeval, and Latin or renaissance.'1

The earliest script types date from about the middle of the sixteenth
century and, initially at least, all script types were used as book types,
that is, as types for continuous reading.

Italian calligraphers of the first part of that century—for example
Vicentino, Celebrino, Palatino—showed examples of gothic scripts in
their specimen books, for despite the efforts of the humanists, the busi¬
ness men of the time apparently preferred such scripts to the more legible
humanistic hands. The illustration on p. 116 shows one of the earliest
gothic scripts cut in type form. It was based on the hand used for writ¬
ing out papal bulls. After some further trials the Italians ceased experi¬
menting with either gothic or Latin script types and from the 1560's
appear to have ignored them up to the time of Giambattista Bodoni.

But in other countries of Europe, including our own, versions of the
gothic script were cut.

In Germany during the sixteenth century the professional penmen
or scribes not only wrote an ordinary gothic script (currentschrift) but
showed specimens of a more disciplined hand used in the German
Chanceries (Kanzleischriften) .The first two gothic scripts to be cut in
'In Type Designs: their History and Development.