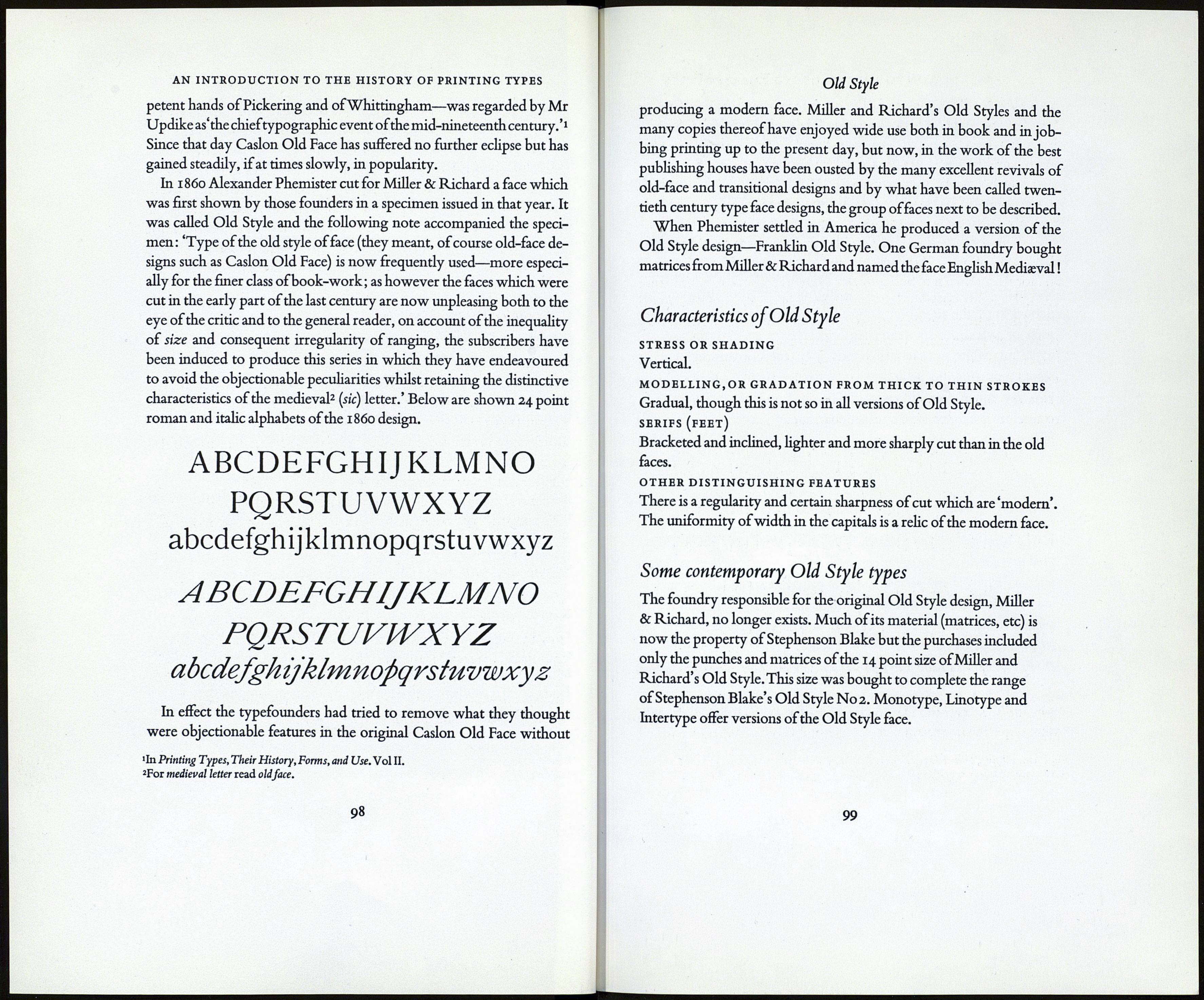 TYPE of the old style of face is
now . frequently ufed—more efpe-
cially for the finer clafs of book work ; as
however the faces which were cut in the
early part of the laft century are now
unpleafing both to the eye of the critic
and to the general reader, on account of
their inequality of ßze and confequent
irregularity of ranging, the Subfcribers
have been induced to produce this feries,
in which they have endeavoured to avoid
the objectionable peculiarities, whilft re¬
taining the diftinciive characleriftics of
the mediaeval letters.

During the first forty years of the nineteenth century English book
typography, with the exception of some notable examples, had litde
to commend it. Some good work was produced in transitional types
of near modern flavour.

William Blades regarded the year 1820 'as a boundary line between
the old and new style of punch-cutting. About that time great changes
were initiated in the faces of types of ah kinds.The thick strokes were
made much thicker and the fine strokes much finer, the old ligatures
were abolished and a mechanical primness given to the page, which...
could scarcely be called improvement. At the same time, printers be¬
gan to crowd their racks with fancy founts of ah degrees of grotesque-
ness, many painfully bad to the eye and unprofitable alike to founder
and printer.'1 And Mr D. B.Updike writing of the fall in standards of
type design in the early years of the nineteenth century blamed Robert
Thorne, who introduced the full modern face into this country as 're¬
sponsible for the vilest form of type invented—up to that time' (1803)
& further remarks that 'A tide of bad taste (in modern face) had swept
everything before it by 1844—the precise year of the revival of Casions
earliest types !'2 This revival was the work of the Whittinghams of the
famous Chiswick Press whose use of the original Caslon types in The
Diary of Lady Willoughby (1844) marked the beginning of their return
to favour. This revived use of the earliest Caslon types—in the com-