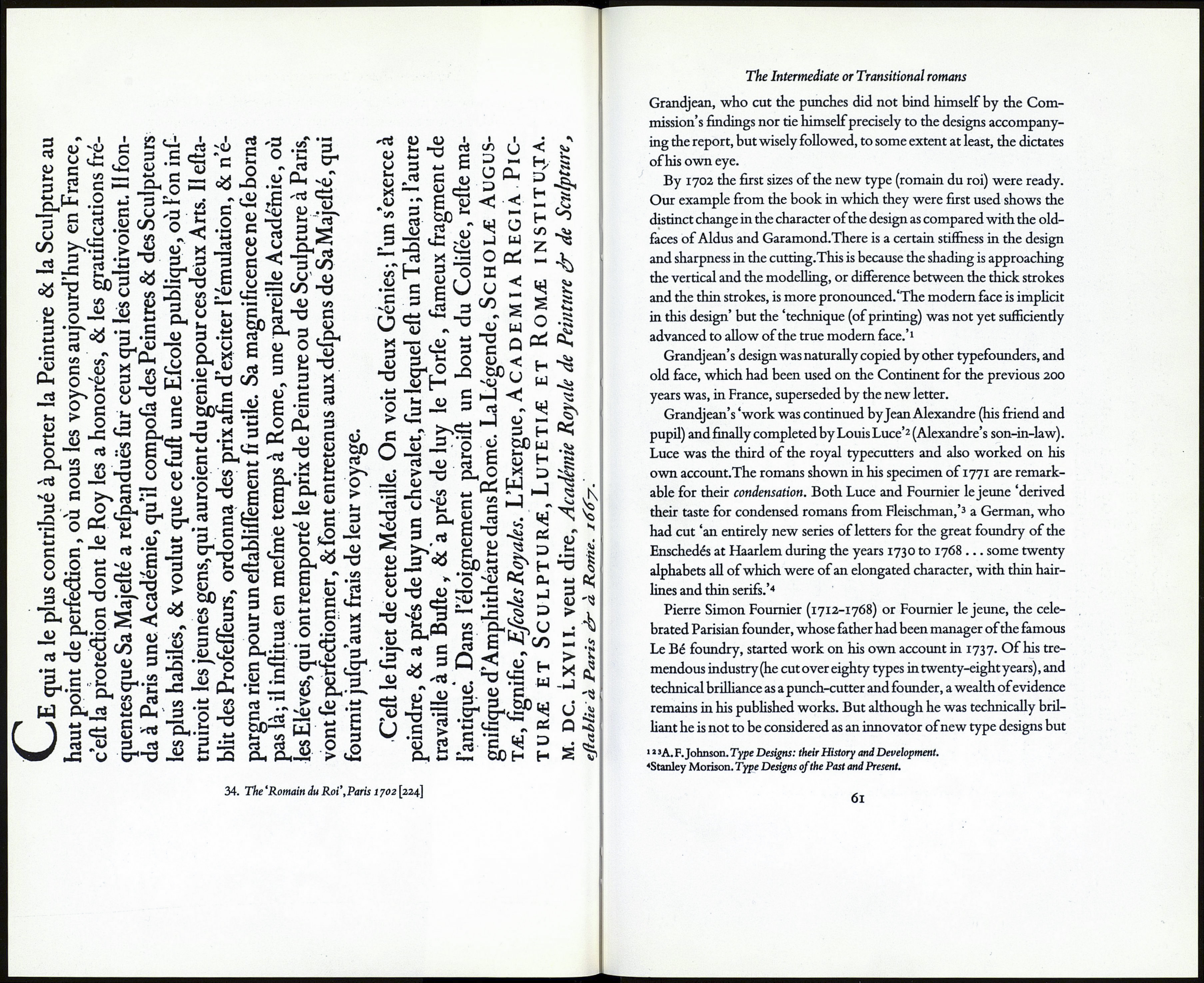 It will be remembered that by the end of the sixteenth century Claude
Garamond's roman had become the standard European type, and for
200 years after his death, in 1561, his types continued to be used through¬
out Europe. But by the end of the sixteenth century there had been a
marked falling off in the standards of printing both in Italy & in France,
and in the following century although'there were considerable changes
in the formula for book production... in the history of the development
of type-forms the century is almost a blank.'2

In France, it was not until Louis XIII established his Royal Printing
House in 1640 that a greater interest in printing standards was evoked.
Although at first Garamond faces were employed by the Royal Press,
two years after its foundation a work by Cardinal Richelieu, its direct¬
or, was set in new types designed by Jeanjannon of Sedan—types, until
1926, wrongly ascribed to Claude Garamond. But no really significant
deviation from the old-face design was made until the year 1692 when
Louis XIV ordered a new series of types for the exclusive use of the
Royal Printing House. A commission appointed by the Academy of
Sciences considered the matter. In a lengthy report it recommended a
roman alphabet constructed on a mathematical basis. But Philippe

'Ibis term was preferred by J. H. Mason to the more widely used transitional.
2A. F.Johnson. Type Designs: their History and Development.