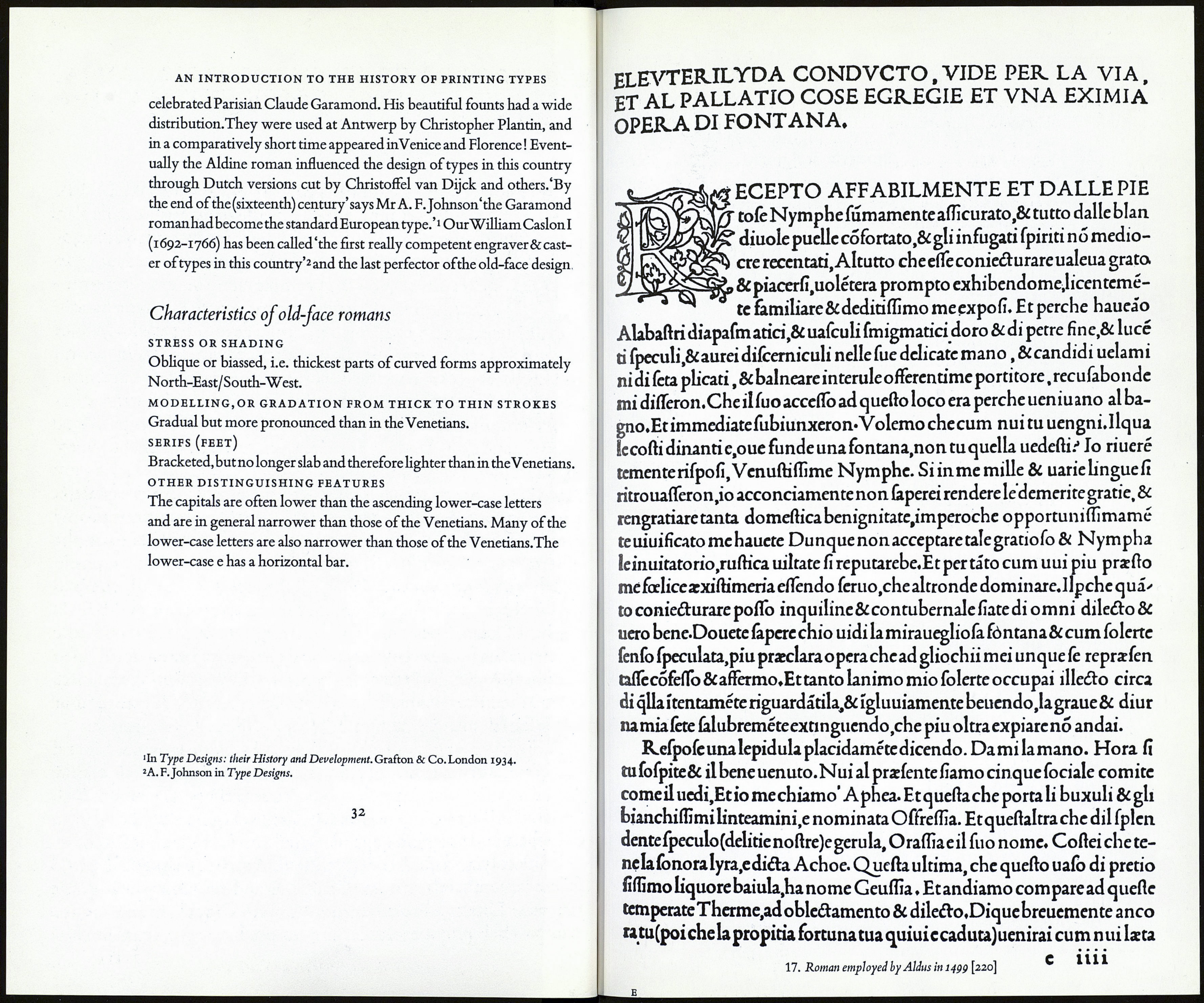 No new type face approaching that of Jenson appeared until almost
the close of the century. In 1495 Aldus Manutius, a scholar interested
in the editing of greek texts set up a press in Venice, and issued in that
year a tract by the Renaissance humanist Pietro Bembo printed in a
variation of the roman letter, which was in a comparatively short time
to supersede Jenson's. In this type we have, says Mr Stanley Morison
'the origin of all old-faces'1 though he remarks that it represents only
a'first-state'. It is marred, among other things by over-large capitals
and by poor cutting. But in its final and perfected form it is a face of
great beauty : the capitals are smaller and both these and the lower-case
are lighter .The cutting is gready improved. Our illustration on page 3 3
is from the beautiful Aldine book in which it was first used, the famous
HypnerotomachiaPoliphilihyFrancesco Colonna published by Aldus in
1499.A year later, Aldus, who has been named as the greatest of all the
Venetian printer-publishers, designed, with the help of his typecutter,
the first italic type face. We shall return to this famous type shortly under
the section on italics.

Aldus's fame rests in part on his scholarship : his texts were correct
and his books were widely distributed throughout Europe. Not only
were his texts copied in all the important printing centres but the types
in which they were set were copied also.Thus French printers were
soon employing their variations of the Aldine roman. One of the first
and most famous typecutters to use Aldus's letter as a model was the
'In Type Designs of the Past and Present.The Fleuron Ltd. London 1926.