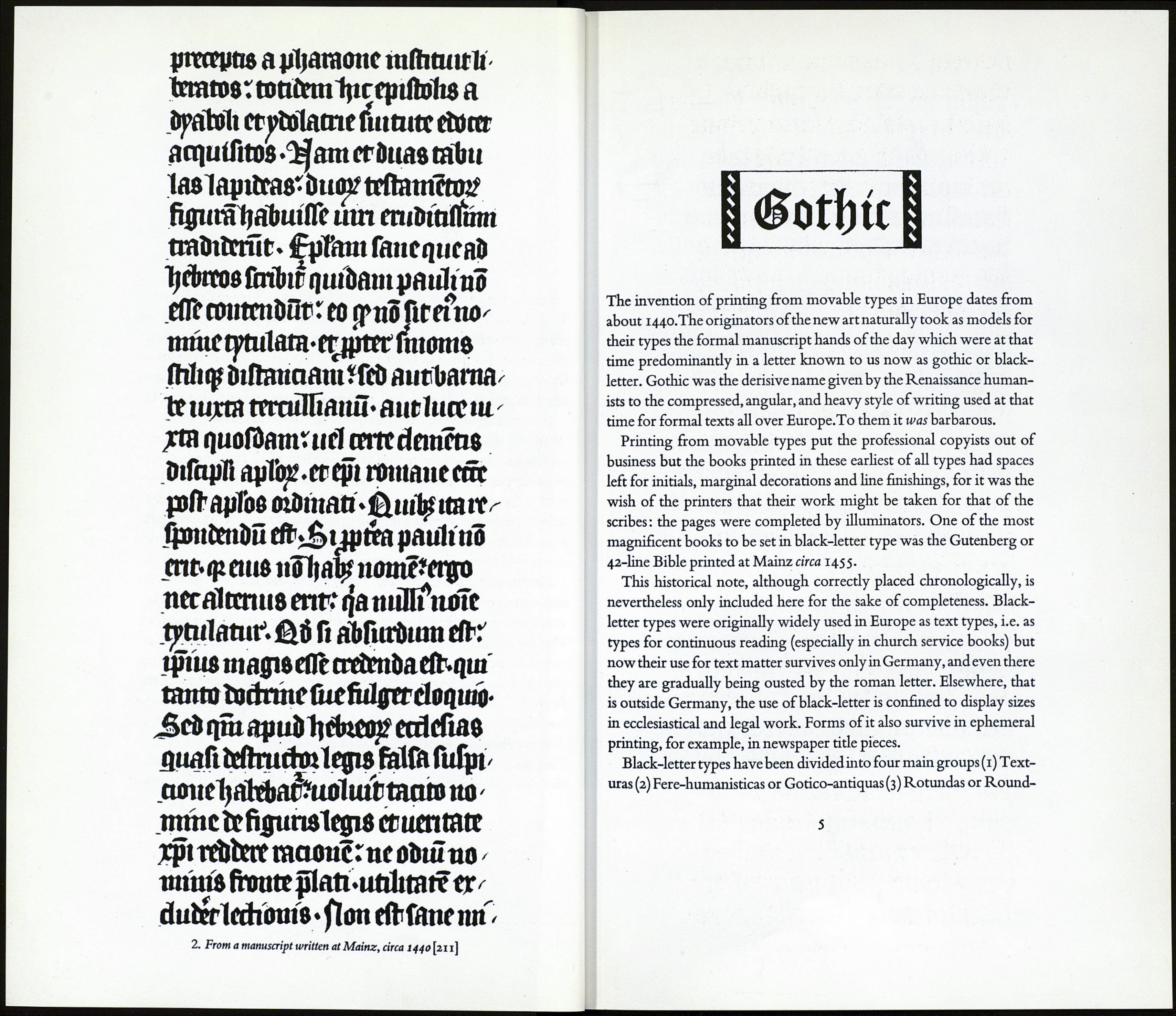 The earliest printed books were produced from wooden blocks on
which both the pictures and the text were cutThe printed pages were
glued back to back & a collection of such leaves was bound together to
form what we know as a block-book. These xylographie, or woodcut
block-books date from early in the fifteenth century (circa 1420).

Such a laborious method of producing books undoubtedly spurred
on the inventor or inventors in their search for an easier method of re¬
producing texts and thus of superseding the scribes.The Chinese were
printing from movable metal types in the eleventh century but there
is no connection between its invention in the East, and its appearance
in Europe approximately four centuries later. Hundreds of works have
been written with the aim of unravelling the mystery which surrounds
the birth of the art in Europe yet none can name the inventor, nor the
place or time of its invention. Despite the uncertainties of scholars
some writers state categorically that the goldsmith Johann Gutenberg
was its inventor & that Mainz, his birthplace, the home of its invention.
But the rudiments of the art were known before he began his experi¬
ments. Gutenberg's genius lay, if not in inventing, then in perfecting
the hand-mould in which types could be cast by the hundred in the
course of a day thus making possible the production of books in quan¬
tities and at speeds undreamt of before his time.

It must be understood that the earliest printers were of necessity their
own typefounders also—the two arts were not separated until about
the year 1530.