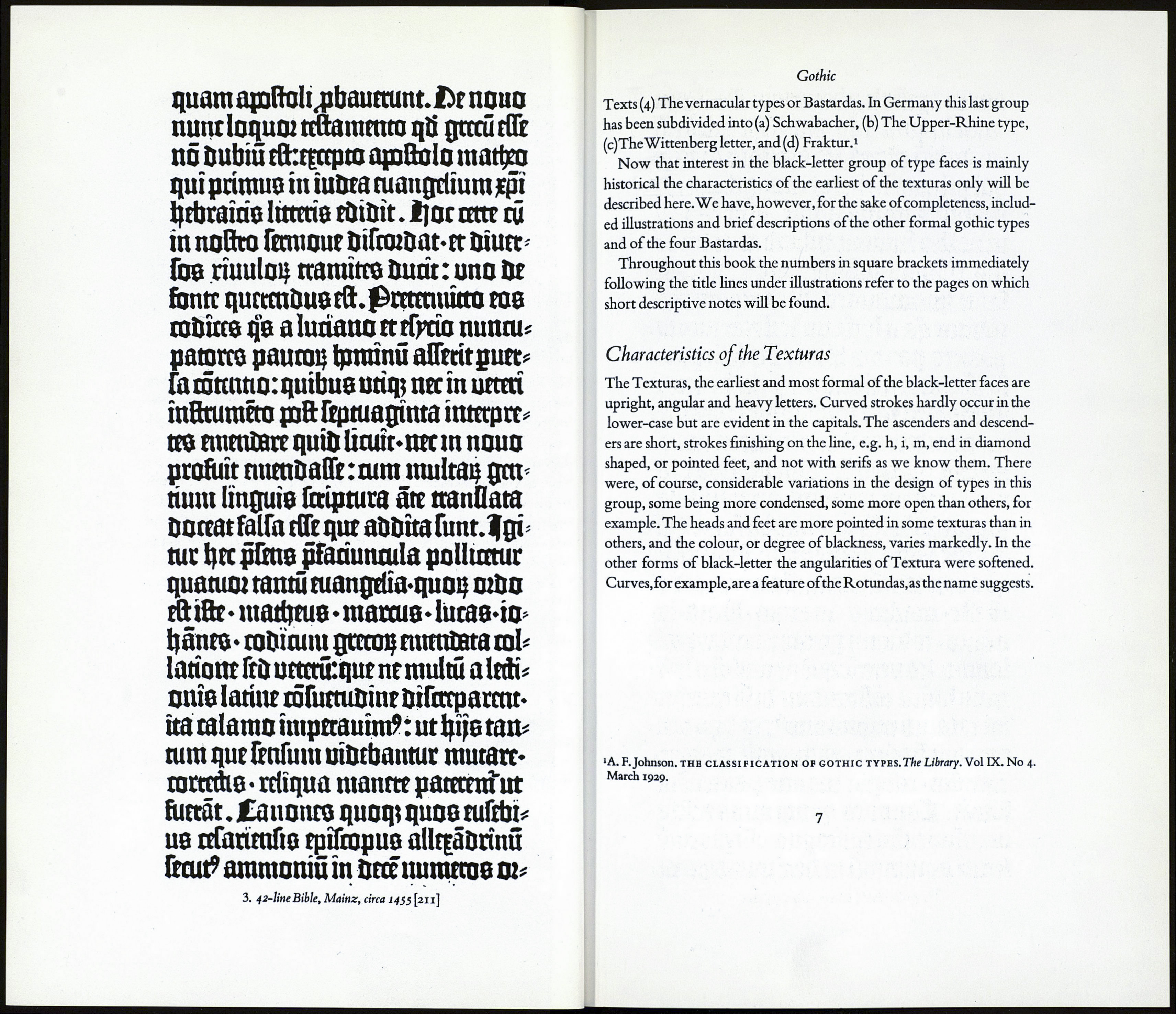 The invention of printing from movable types in Europe dates from
about i440.The originators of the new art naturally took as models for
their types the formal manuscript hands of the day which were at that
time predominantly in a letter known to us now as gothic or black-
letter. Gothic was the derisive name given by the Renaissance human¬
ists to the compressed, angular, and heavy style of writing used at that
time for formal texts all over Europe.To them it was barbarous.

Printing from movable types put the professional copyists out of
business but the books printed in these earliest of all types had spaces
left for initials, marginal decorations and line finishings, for it was the
wish of the printers that their work might be taken for that of the
scribes : the pages were completed by illuminators. One of the most
magnificent books to be set in black-letter type was the Gutenberg or
42-line Bible printed at Mainz circa 1455.

This historical note, although correctly placed chronologically, is
nevertheless only included here for the sake of completeness. Black-
letter types were originally widely used in Europe as text types, i.e. as
types for continuous reading (especially in church service books) but
now their use for text matter survives only in Germany, and even there
they are gradually being ousted by the roman letter. Elsewhere, that
is outside Germany, the use of black-letter is confined to display sizes
in ecclesiastical and legal work. Forms of it also survive in ephemeral
printing, for example, in newspaper title pieces.