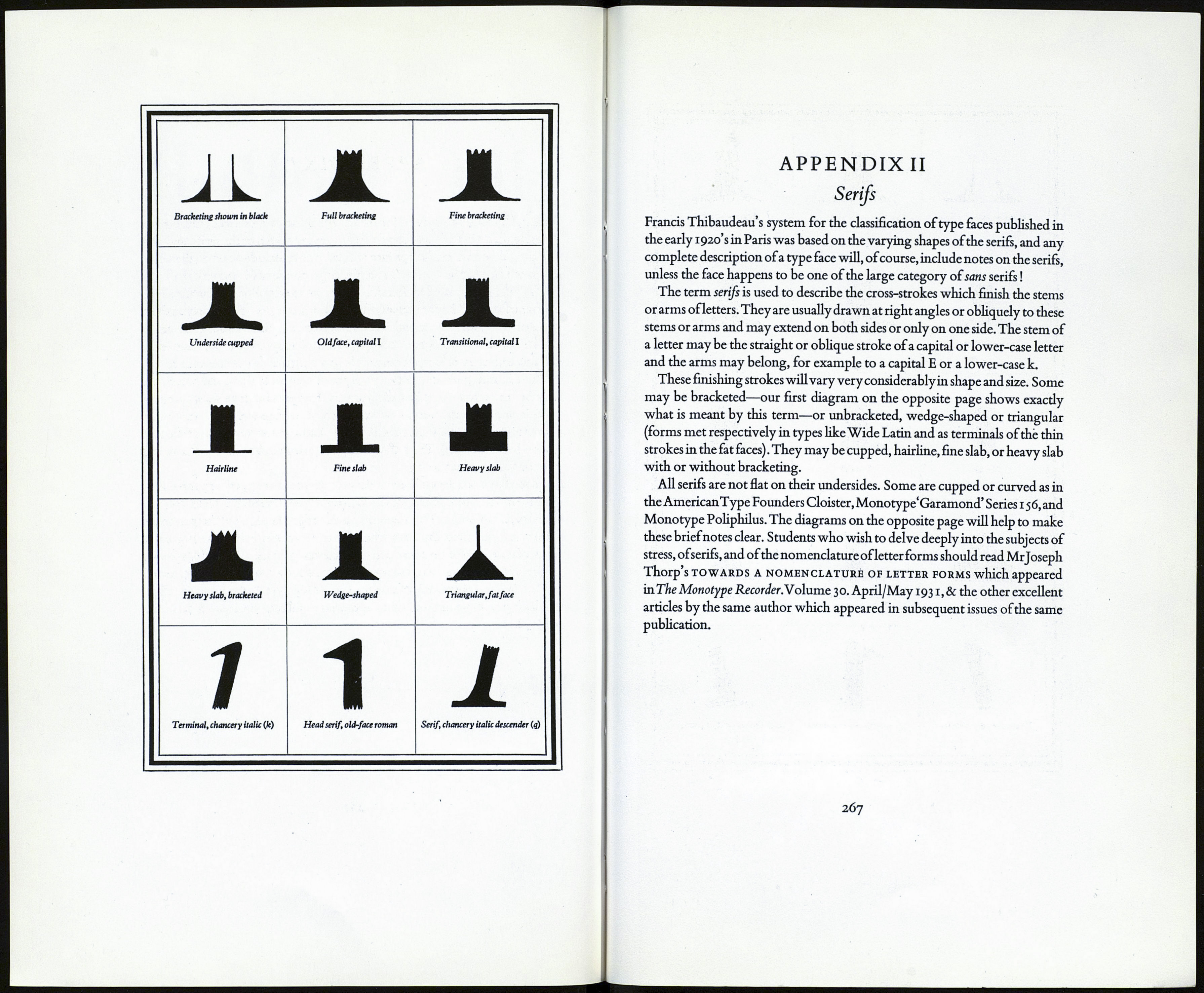 In typography letters based on the circle or part circle are usually described
as having either oblique or vertical stress, or shading.

If we borrow from the terminology of the compass, letters with oblique stress
maybe described as having the thickest parts ofthe strokes at points approxim¬
ately North-East and South-West. The 60 point Bembo characters shown
below will make this point clear and figure (b) on page 200 shows how such
round forms are made with a broad-nibbed pen.

We use the term approximately because the position ofthe thickest parts of
the strokes in these round letters with oblique stress will vary not only from
type to type but may do so within the range of a single lower-case alphabet.
For instance, while the lower-case e may conform perfecdy to our descrip¬
tion of a letter with oblique stress and therefore NE/S W shading, the о from
the same alphabet may be very nearly vertical in stress.To illustrate this we
print below examples ofthe original 60 point Caslon Old Face (Founders).

Again while certain lower-case characters conform to the definition of letters
having oblique stress or shading the capitals ofthe same fount may be letters
having an almost vertical stress.

Letters with vertical stress or shading have the thickest parts ofthe strokes due
East &West. The letters shown below are set in 60 point Bodoni (Monotype

Series 135). Figure (a) on page 200 shows how letters with vertical shading are
formed with a broad-nibbed pen.

We have used the terms oblique and vertical in describing stress or shading. For
the former some writers use the term biassed (French biais meaning oblique),
others the term diagonal, and yet others refer to such letters as an obliquely
shaded о as a letter having a tilted axis. The latter, when referring to a letter
with vertical stress or shading speak of it as having a vertical axis.