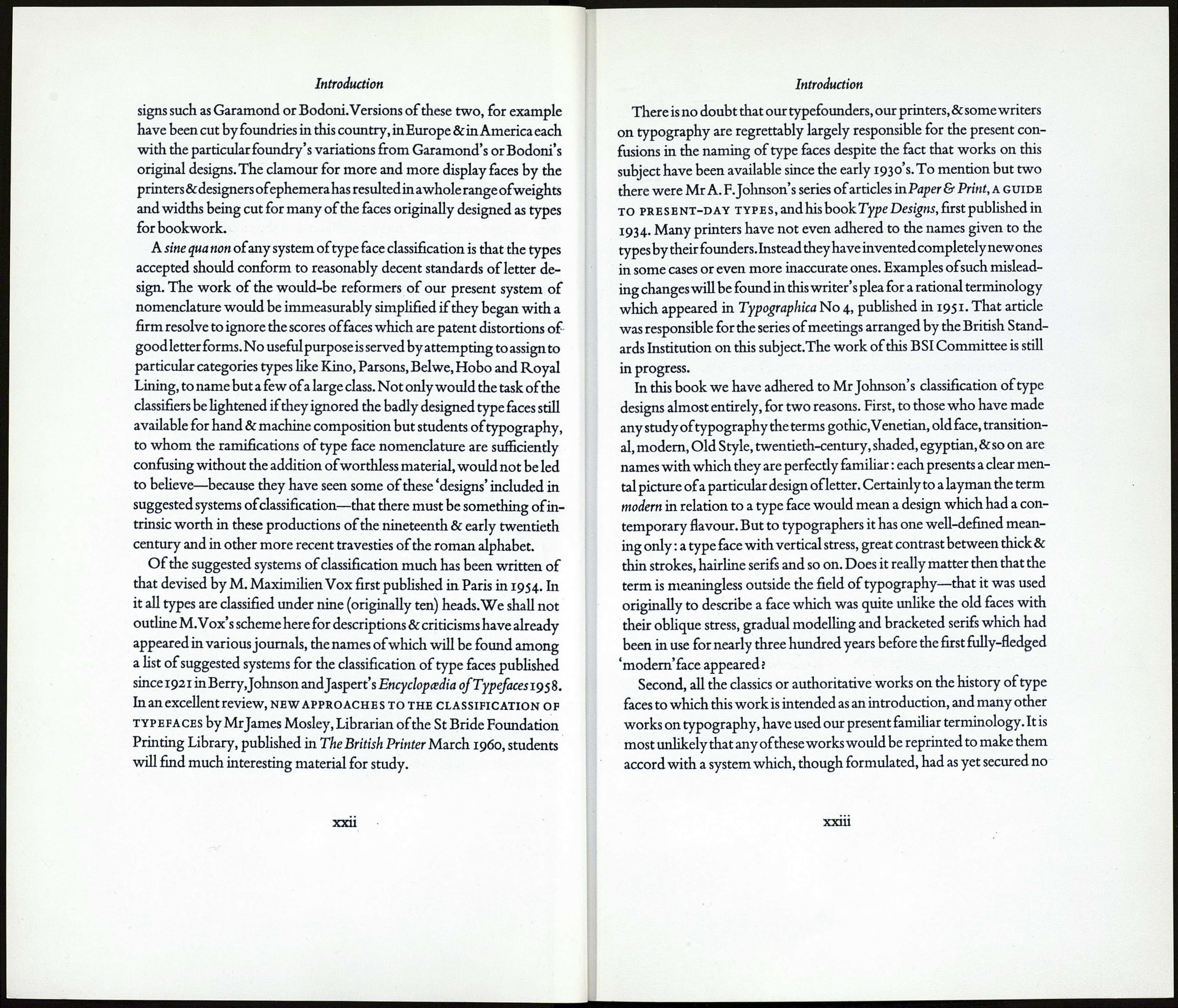 115. Part of a Writing Sheet designed by Mrs Irene Wellington 198

116. The completion of the Writing Sheet shown in previous example 200,201

The text has not only been made deliberately brief but we have tried
not to bestrew it with too many names or dates. Only a few of the most
famous typefounders, printers & publishers are mentioned in this book :
and only some of the most important dates in the five hundred year
period in which types have evolved from the first gothic or black-letter
faces.The bones of the matter are here. It is for the student to clothe
them appropriately by reading the authors already cited in the Preface,
among others, and by studying as many specimens of old and contem¬
porary types as possible.

There has never been anything sudden or spectacular in this long
process of evolution. Many forces have been at work.Tradition, econ¬
omics, new scientific discoveries, changes in techniques—both of paper-
making and of printing—and in the fashions of the day, have all played
their part in the evolution of printing types.

Roughly we may divide types into two groups : those that are used
in books for continuous reading and those best reserved for the pro¬
duction of epb.emera.The examples in this book are so divided, but
from an examination of them it will be seen that anything like clear-
cut divisions in the groupings are virtually impossible, so many and so
subtle are the variations in type designs.

The subject of type classification, the attempt to group or sort into
different categories types sharing similar traits in relation to their de¬
sign, has for some years been occupying the attention of various bodies
& individuals. It is a large&complex one because of(i) thelarge number
of faces extant—estimated as as many as five thousand (2) the number of
type foundries operating in this country, Europe & the US A. The term
'type foundries' of course includes the makers of type composing and
casting machinery (3) the fact that plagiarism has flourished in this field
since the beginning.