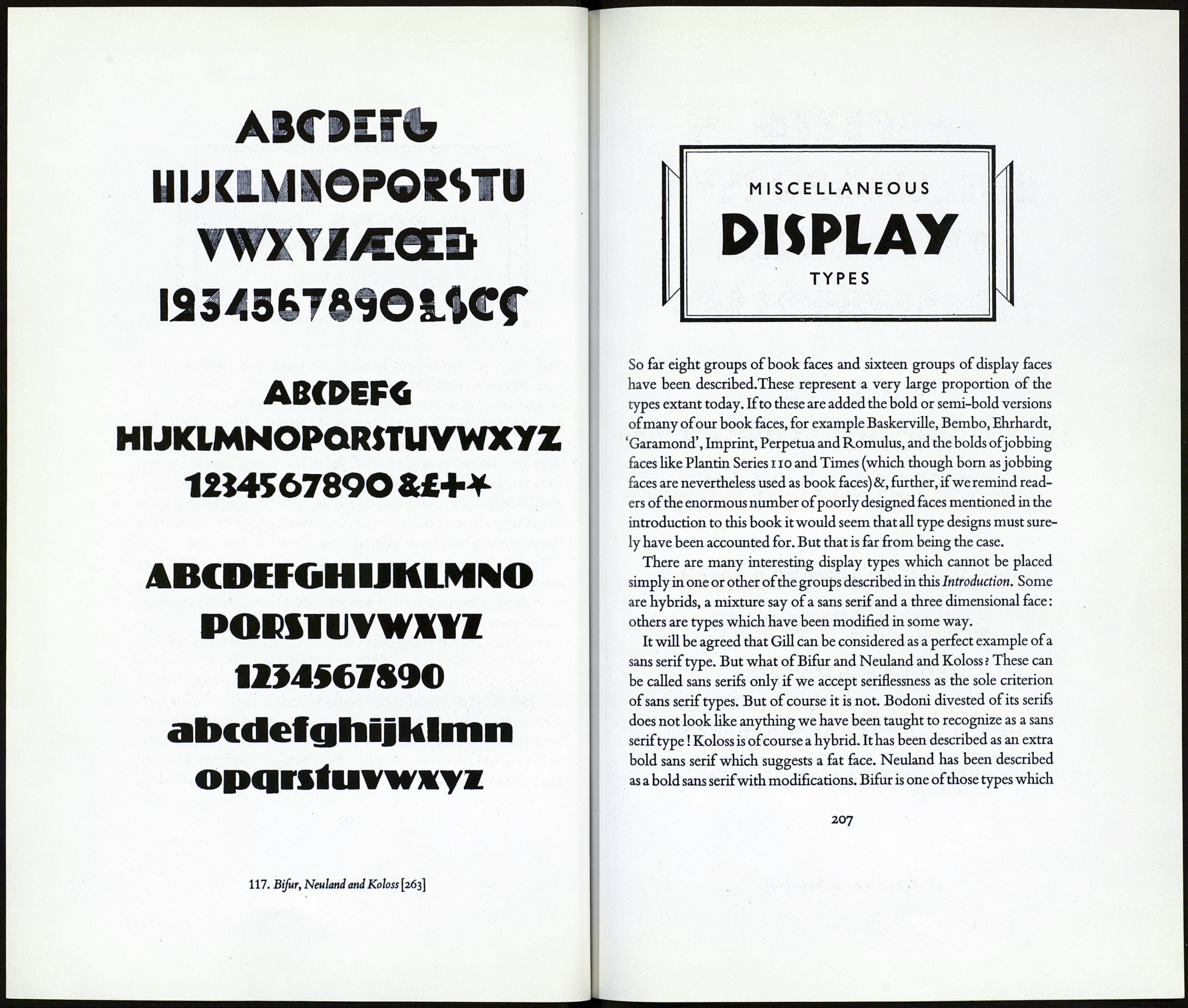 Type forms based on the alphabets employed on standard typewriters
would appear to date from sometime after 1878 when the first shift-
key typewriter appeared on the American market. A very early italic
Schreibmaschinenschrift is that of the Schriftgiess foundry : it appeared
in 1897. Versions of the more normal roman have been cut in this coun¬
try and in Germany, for example the Ribbon Face of Stevens Shanks
the face of which is pitted with white to simulate the effect of actual
typing on certain papers. Monotype Series 301 is an underlined face.

It is a well-known fact that all the characters on a given (normal) type¬
writer, i.e. both upper- and lower-case occupy the same space setwise.
The types in this group are based on such characters, & besides having
short descenders, a large x-height and open counters (if we except the
m and w), have a further characteristic in common with contempor¬
ary Ionics : they are monoline faces.

Most typefounders have typewriter faces in their range, the normal
sizes being 8,10 and 12 point.The American Bulletin face is cut in sizes
up to 3 6 point.The weights of typewriter faces vary from light, through
normal weights, to darker versions.