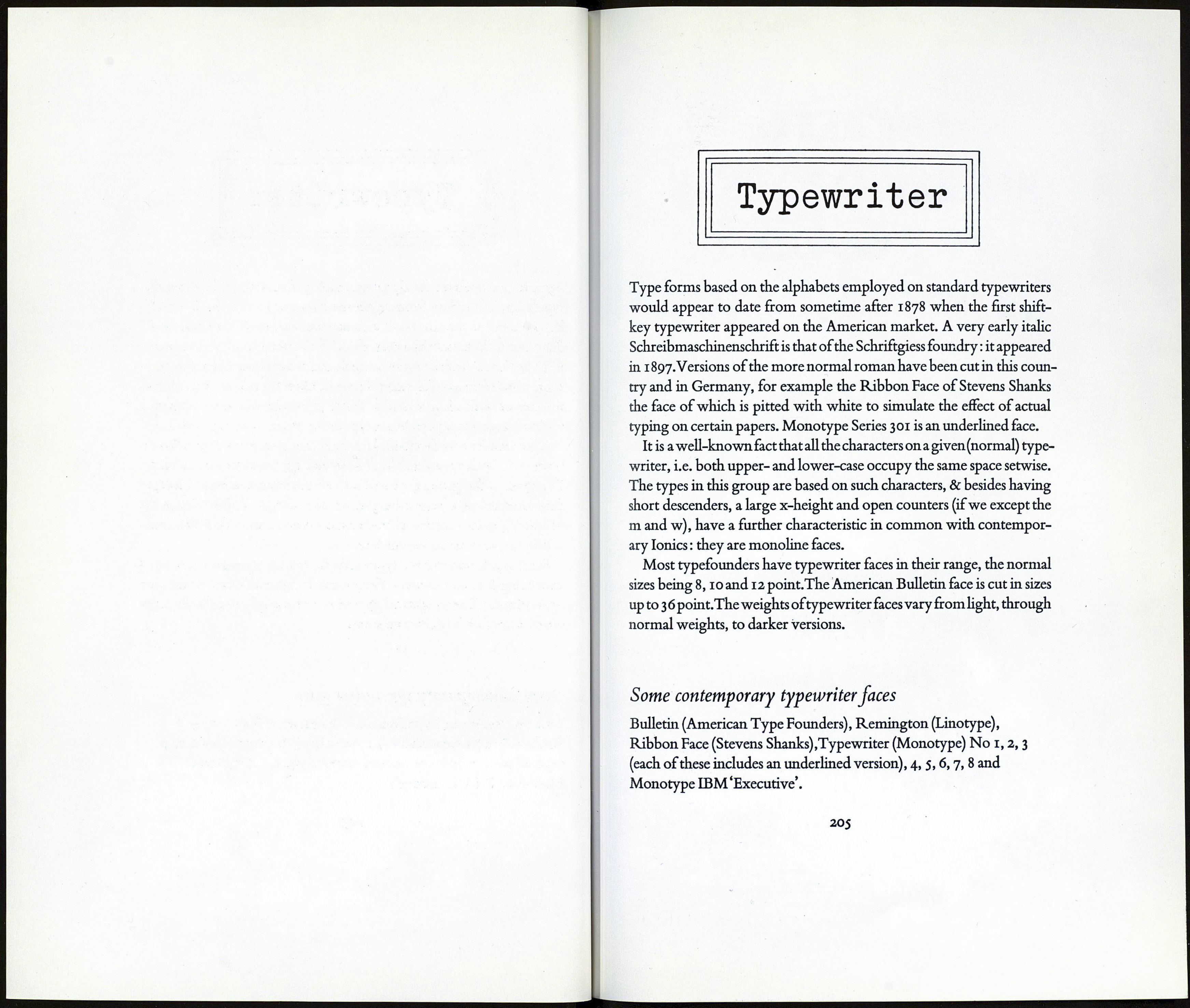 Stencil types are of this century. Despite the Industrial Revolution it
does not appear to be a design with which Victorian founders experi¬
mented at all and though it is possible that such faces were cut—acci¬
dentally rather than as a result of conscious effort on the part of the
punch-cutters—none have survived either for re-casting or for re-cut¬
ting. Most of the stencil types that contemporary typographers would
recognize unhesitatingly as such date fromtheearly 1930's—one of the
earliest known to the writer is Schablone, Schmalfette. Otto Weisert,
Stuttgart, 1931.

In the stencil plates cut to produce stencilled letters used by manu¬
facturers on cases of goods for export, for instance, a thin band of metal
(or other material from which the stencil plate may be cut) supports
the counter of the letter O, for example. In types designed to imitate
stencilled lettering a representation of this device is used—and in some
designs the thin band талу form the whole of the counter of a particular
letter.