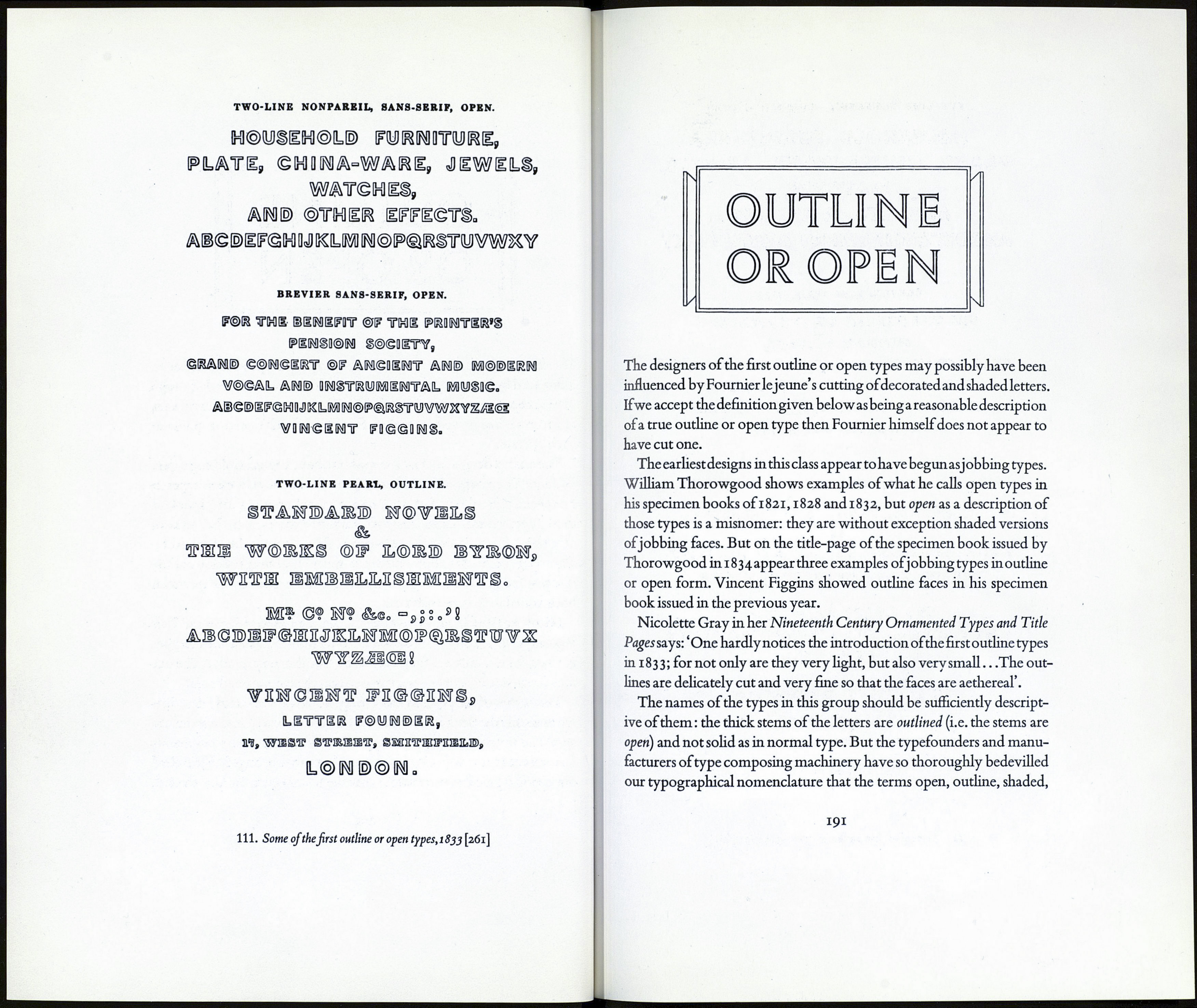 In the State Lotteries,
now wisely abolished by
the Legislature, the risk
was so greatly against
the adventurer, that, ac¬
cording to the Schemes,
the buyer of the whole
Lottery would lose half
his money. Few, there¬
fore, but the imprudent,
the inconsiderate, & the

produced in this country . . .The more careful the press-work given
to it the more Ionic looks what it is, namely, a somewhat superior cata¬
logue or jobbing type.There is no consensus that Ionic provides the
finally satisfactory newspaper face.'1