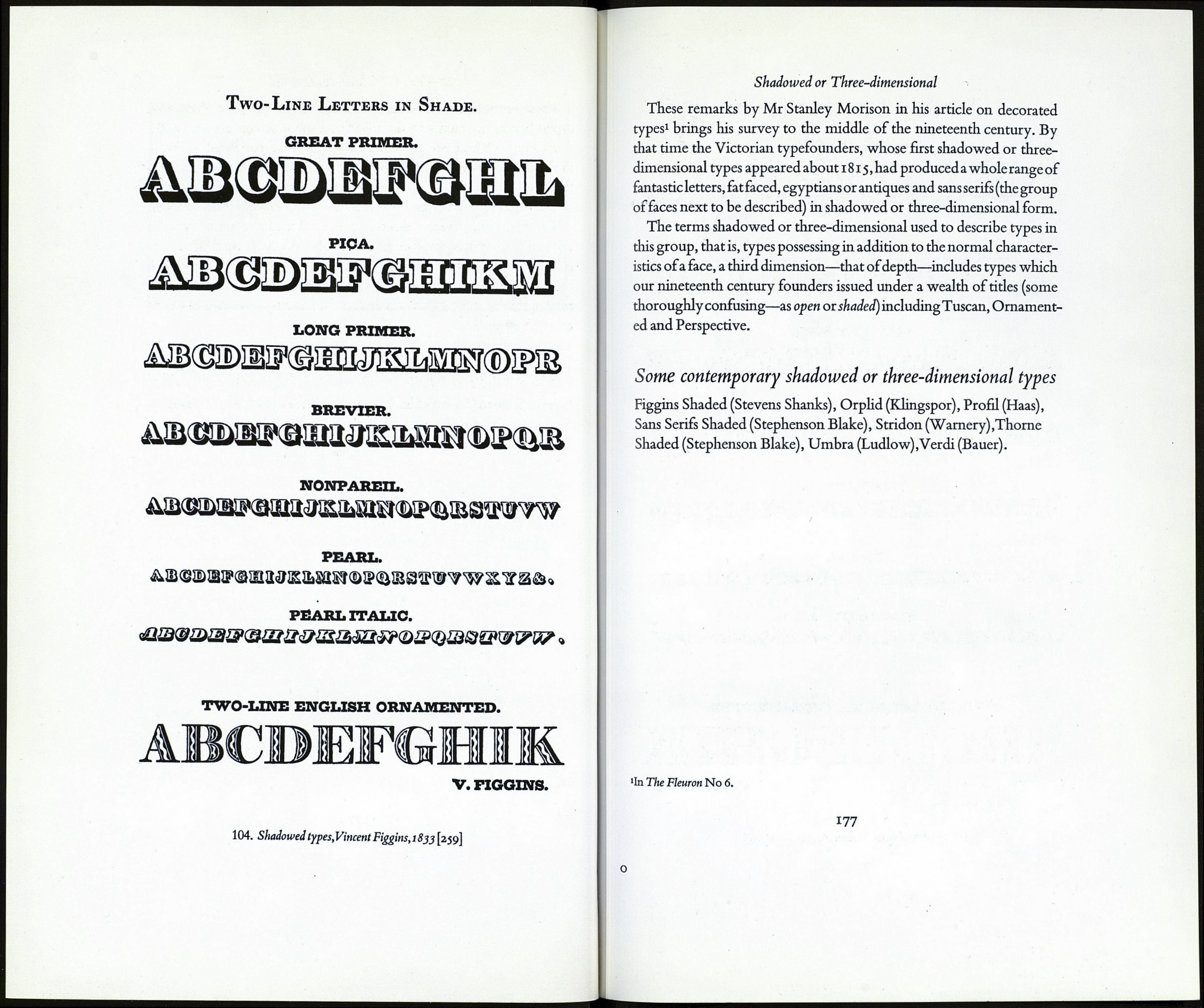 'Unable to press any more novelty out of the modern letter as inherited
from Grandjean through Fournier, Bodoni and the Didots, the nine¬
teenth-century typefounders resorted to the exploitation of colour. It
is true that Firmin Didot and Gillé enfeebled their types until they were
positively unreadable by artificial light but, taking a hint from Bodoni's
bolder letter cut 01.1780, Thorne, after imitating Wilson and Caslon,
all but sent printing to perdition at one stroke by his invention of the
extreme fat-faced type. For a generation or more English and contin¬
ental book printing suffered from these bad types. A worse novelty
was reached when, in order to provide a trick three-dimensional fount,
heavy black types decorated with white outline flowers were provided
with a perspective-shadow. Finally, there came a queer piebald fatuity,
the upper half of which is black and the lower white, or vice-versa.
This monster also is found in a three-dimensional form; but, we are
gratified to add, its creation seems to have exhausted both the resources
of the trade and the patience of the public.'

''Between 1810 and 1815 were developed not only the two principles for the variation
of lettering, by modification of the form and by decoration of the face, but also that
idea which enormously enriched the possibilities under either principle, that of the three
dimensional letter.The first shadowed letters (1815) are characteristic and distinct from
all the hundreds of letters to follow.They are all fat faces, white outline letters with a
heavy black shadow.. .The introduction was immediately enormously popular. Every
founder came out in a wide range of sizes, many with italic' Nicolette Gray. Nineteenth
Century Ornamented Types and Title Pages.