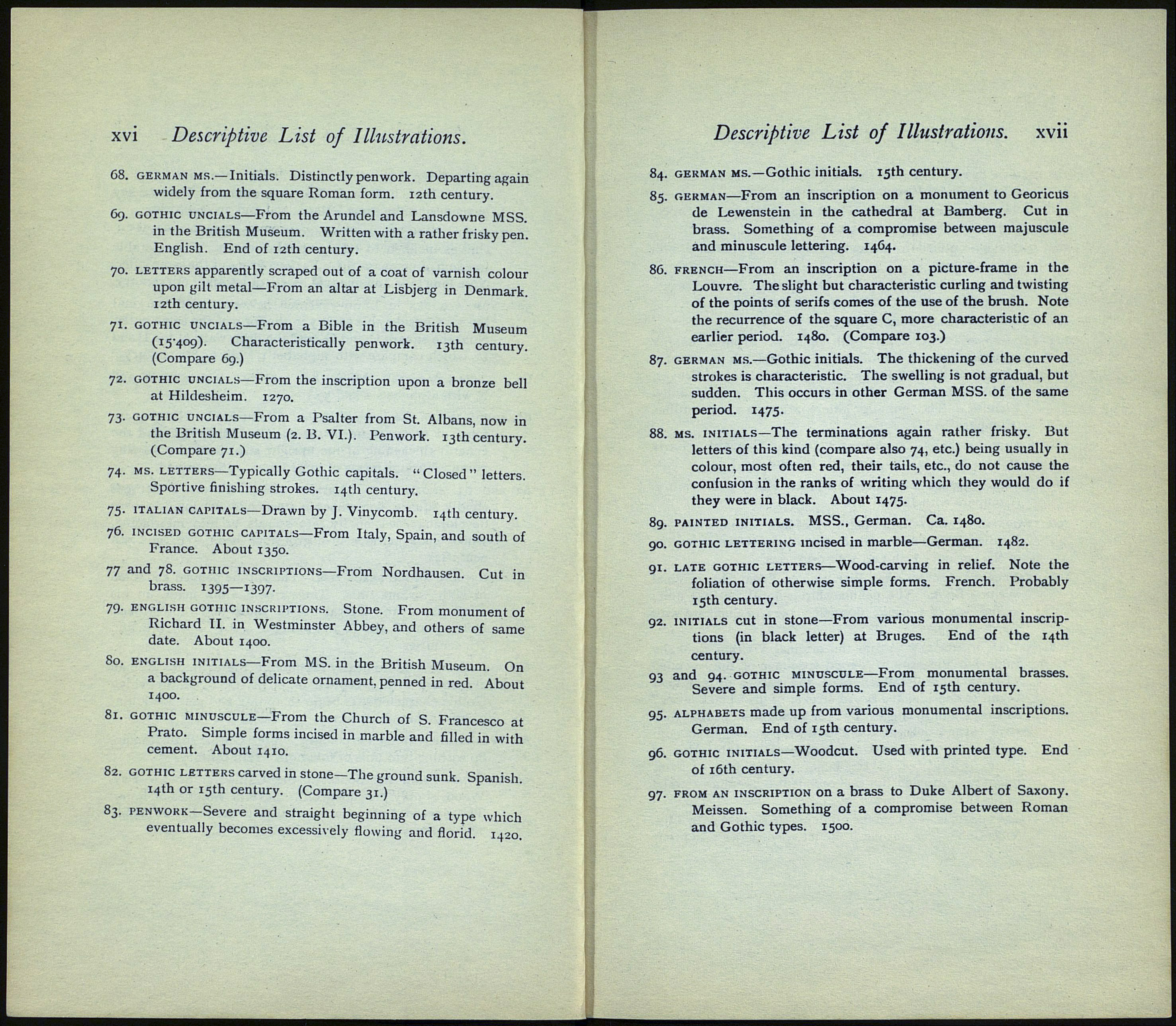 in the British Museum. Written with a rather frisky pen.
English. End of 12th century.

70. letters apparently scraped out of a coat of varnish colour

upon gilt metal—From an altar at Lisbjerg in Denmark.
12th century.

71. gothic uncials—From a Bible in the British Museum

72. gothic uncials—From the inscription upon a bronze bell

73. gothic uncials—From a Psalter from St. Albans, now in

77 and 78. gothic inscriptions—From Nordhausen. Cut in

Richard II. in Westminster Abbey, and others of same

So. English initials—From MS. in the British Museum. On
a background of delicate ornament, penned in red. About
1400.

81. gothic minuscule—From the Church of S. Francesco at

Prato. Simple forms incised in marble and filled in with
cement. About 1410.

83. penwork—Severe and straight beginning of a type which

de Lewenstein in the cathedral at Bamberg. Cut in
brass. Something of a compromise between majuscule
and minuscule lettering. 1464.

86. French—From an inscription on a picture-frame in the

Louvre. The slight but characteristic curling and twisting
of the points of serifs comes of the use of the brush. Note
the recurrence of the square C, more characteristic of an
earlier period. 1480. (Compare 103.)

87. German ms.—Gothic initials. The thickening of the curved

strokes is characteristic. The swelling is not gradual, but
sudden. This occurs in other German MSS. of the same
period. 1475.

letters of this kind (compare also 74, etc.) being usually in
colour, most often red, their tails, etc., do not cause the
confusion in the ranks of writing which they would do if
they were in black. About 1475.

95. alphabets made up from various monumental inscriptions.

97. from an inscription on a brass to Duke Albert of Saxony.

Meissen. Something of a compromise between Roman
and Gothic types. 1500.