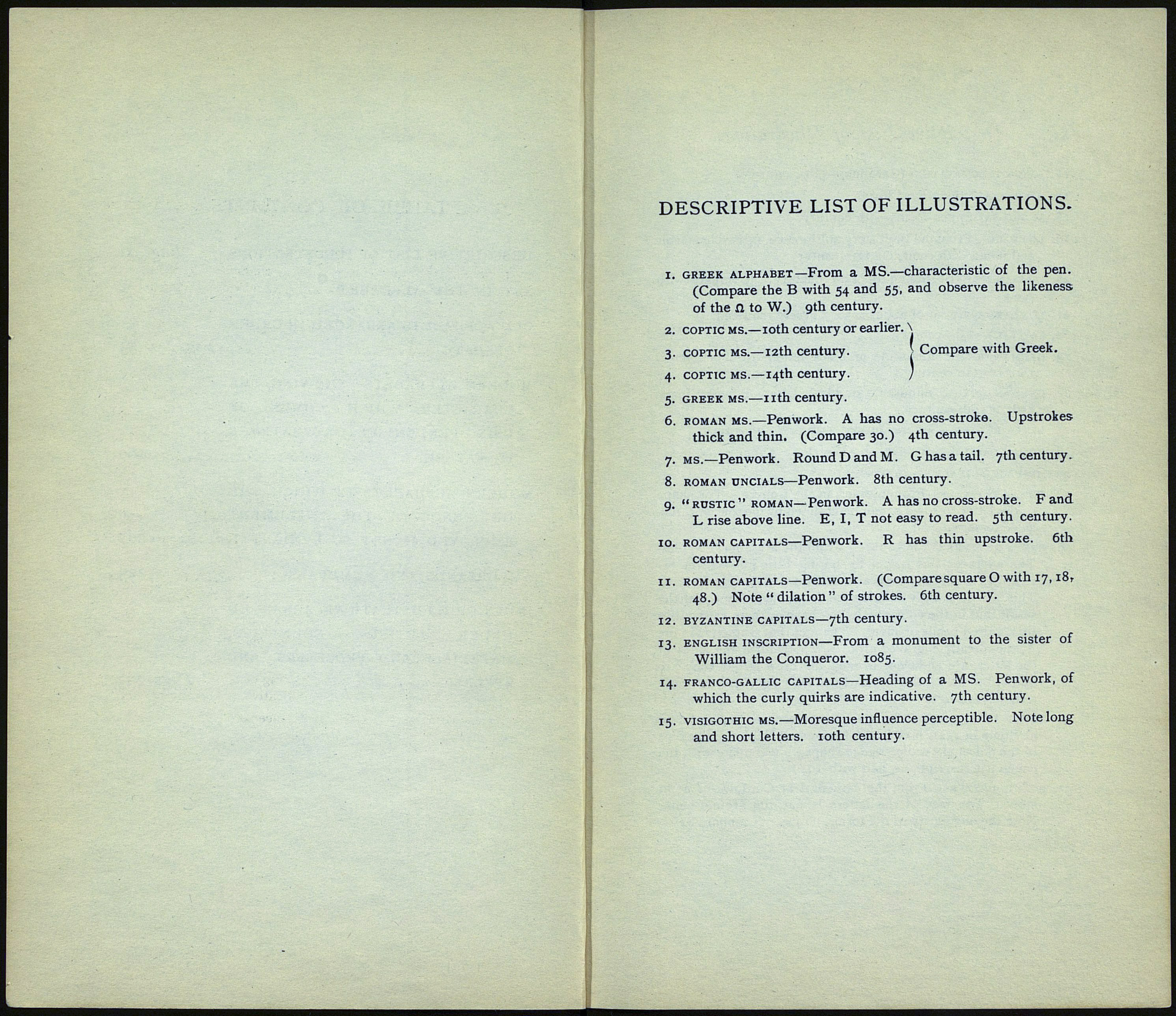 i. greek alphabet—From a MS.—characteristic of the pen.
(Compare the В with 54 and 55, and observe the likeness
of the a to W.) gth century.

13. English inscription—From a monument to the sister of

which the curly quirks are indicative. 7th century.