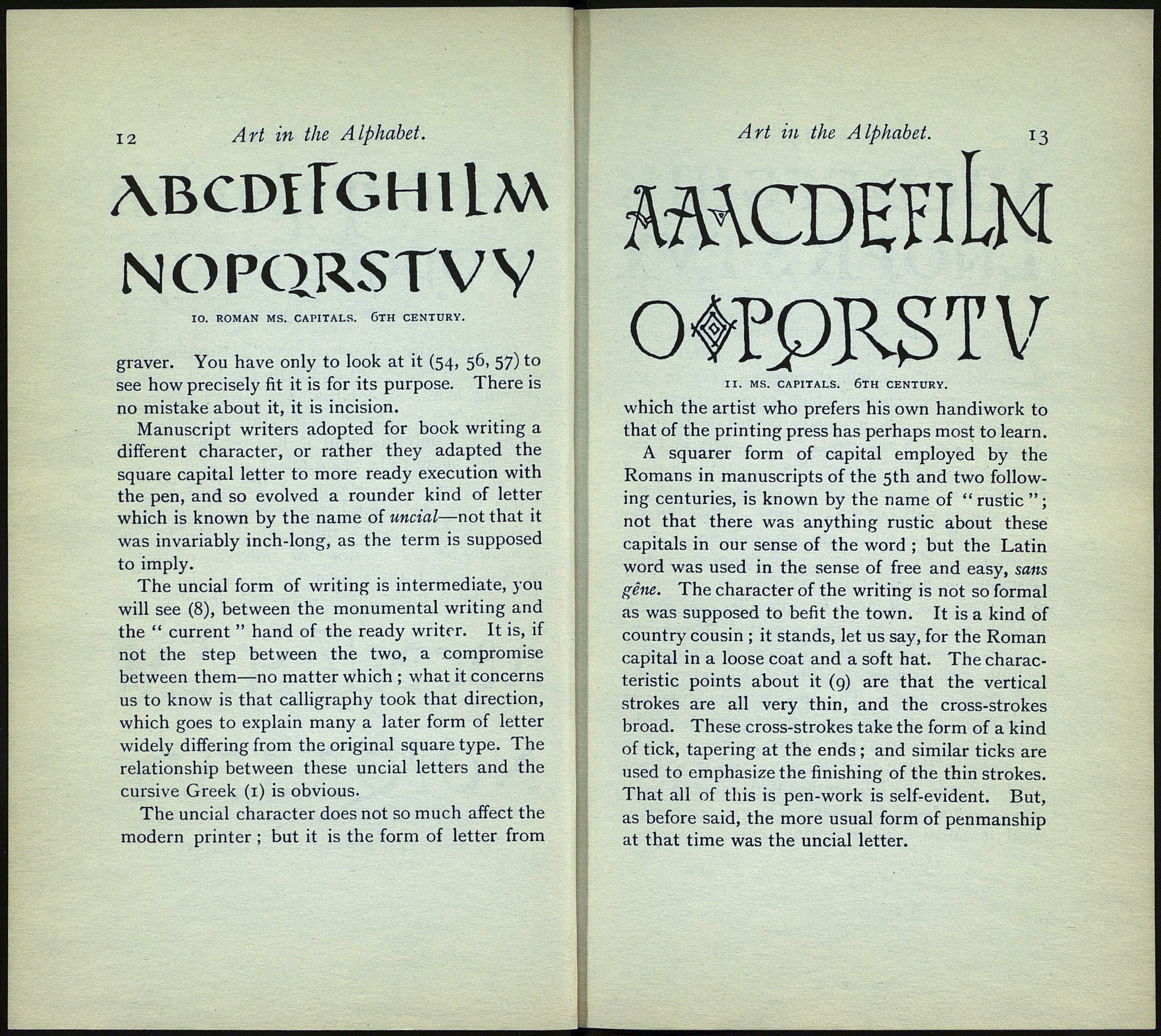 Manuscript writers adopted for book writing a
different character, or rather they adapted the
square capital letter to more ready execution with
the pen, and so evolved a rounder kind of letter
which is known by the name of uncial—not that it
was invariably inch-long, as the term is supposed
to imply.

The uncial form of writing is intermediate, you
will see (8), between the monumental writing and
the " current " hand of the ready writer. It is, if
not the step between the two, a compromise
between them—no matter which ; what it concerns
us to know is that calligraphy took that direction,
which goes to explain many a later form of letter
widely differing from the original square type. The
relationship between these uncial letters and the
cursive Greek (1) is obvious.

The uncial character does not so much affect the
modern printer ; but it is the form of letter from

which the artist who prefers his own handiwork to
that of the printing press has perhaps most to learn.
A squarer form of capital employed by the
Romans in manuscripts of the 5th and two follow¬
ing centuries, is known by the name of " rustic " ;
not that there was anything rustic about these
capitals in our sense of the word ; but the Latin
word was used in the sense of free and easy, sans
gêne. The character of the writing is not so formal
as was supposed to befit the town. It is a kind of
country cousin ; it stands, let us say, for the Roman
capital in a loose coat and a soft hat. The charac¬
teristic points about it (9) are that the vertical
strokes are all very thin, and the cross-strokes
broad. These cross-strokes take the form of a kind
of tick, tapering at the ends ; and similar ticks are
used to emphasize the finishing of the thin strokes.
That all of this is pen-work is self-evident. But,
as before said, the more usual form of penmanship
at that time was the uncial letter.