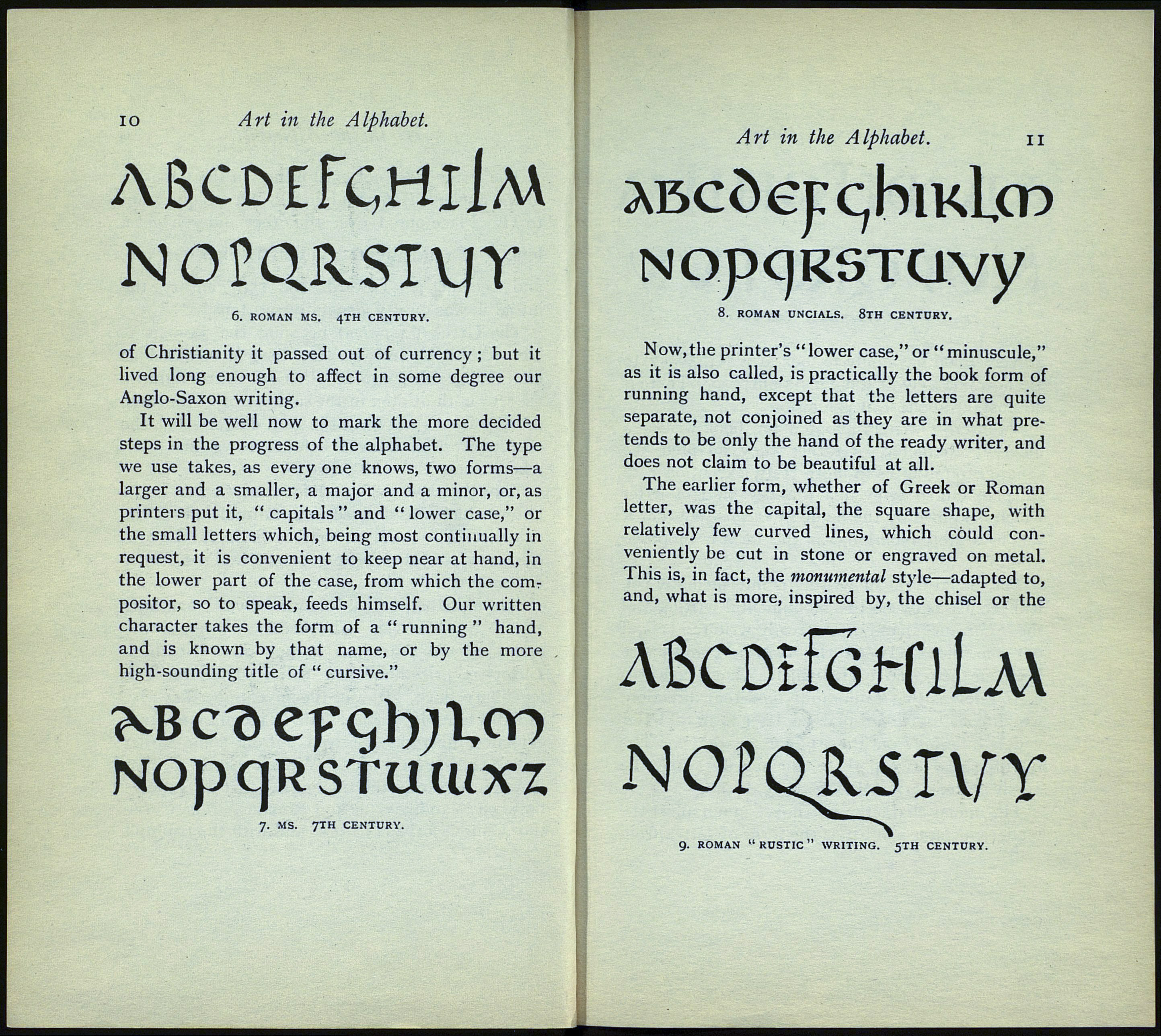 io Art in the Alphabet.

of Christianity it passed out of currency ; but it
lived long enough to affect in some degree our
Anglo-Saxon writing.

It will be well now to mark the more decided
steps in the progress of the alphabet. The type
we use takes, as every one knows, two forms—a
larger and a smaller, a major and a minor, or, as
printers put it, " capitals " and " lower case," or
the small letters which, being most continually in
request, it is convenient to keep near at hand, in
the lower part of the case, from which the com7
positor, so to speak, feeds himself. Our written
character takes the form of a " running " hand,
and is known by that name, or by the more
high-sounding title of " cursive."

Now,the printer's "lower case," or "minuscule,"
as it is also called, is practically the book form of
running hand, except that the letters are quite
separate, not conjoined as they are in what pre¬
tends to be only the hand of the ready writer, and
does not claim to be beautiful at all.

The earlier form, whether of Greek or Roman
letter, was the capital, the square shape, with
relatively few curved lines, which could con¬
veniently be cut in stone or engraved on metal.
This is, in fact, the monumental style—adapted to,
and, what is more, inspired by, the chisel or the